I’m writing this on a plane heading to Kenya with friends from the National Prayer Breakfast. One of them is Cris Rwakasisi, who spoke at our Burundian NPB yesterday. I thought I’d share some of his story, and some further thoughts: 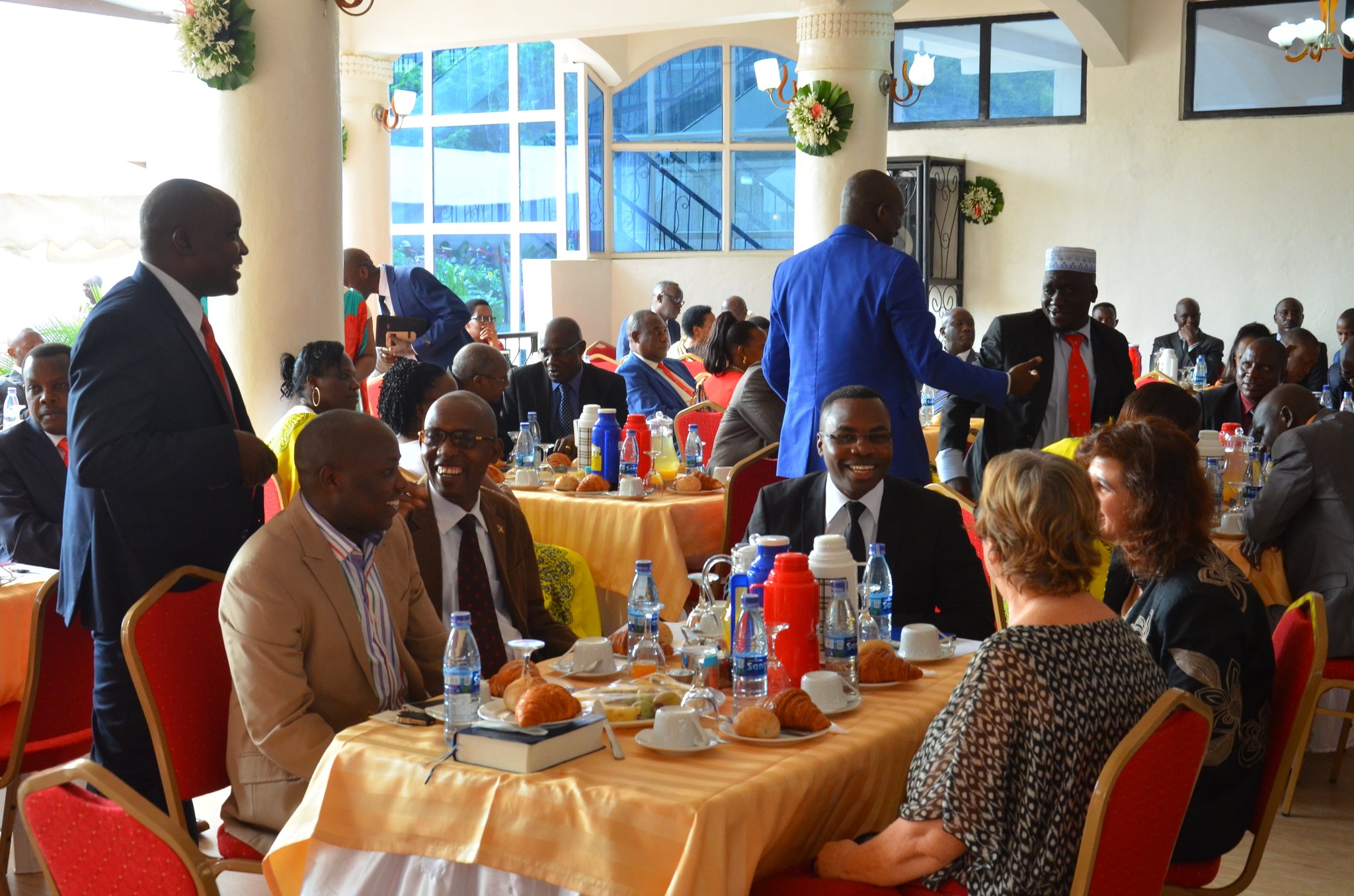 Cris was Ugandan President Milton Obote’s main man back in the early 1980s. Obote gave him the choice of any post he wanted, and he ended up as Minister of Defense. He was 42-years-old, so (relatively) young, powerful, rich, and arrogant. His caviar lifestyle and attitude alienated the opposition and many within his own party. He got things done, and created many enemies. 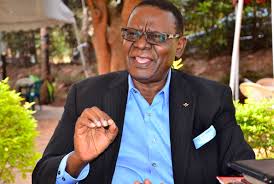 In earlier times, he and (now President) Museveni had been friends. In fact Museveni had worked under him. But their relationship had long soured, and when Obote was kicked out and Museveni came to power, they truly hated each other. Cris was imprisoned and condemned to death. When he was taken to solitary confinement, he wanted to kill himself, but there were no sharp objects in his cell. In the dark, in the corner, he thought he saw a stone. It was in fact a Bible. He used it as a pillow to begin with, but eventually began reading it.

He hated God. He picked out all the perceived contradictions and inconsistencies as he read it from cover to cover. By his third reading, however, his heart softened. This proud man was being humbled and broken. He surrendered his life to Christ in that cell. In his immature faith, he initially took Psalms in which David cursed his enemies, asking God to kill them, their children, etc. But the opposite happened, as his they continued to prosper. When he changed his prayers to blessing his enemies, it was then that Museveni’s attitude softened towards him. In 2009, Musveni had signed execution orders for 28 people, and Cris was on that list, but Museveni later said to him that God spoke to him and forbade him to sign that decree. The others were all killed, whilst Cris survived.

When released out of solitary confinement into the main condemned section of the prison, he started a fellowship there, which continues to this day. In total he spent a staggering twenty four years in jail! He spoke movingly of his wife, who he’d formerly treated less than well, who had faithfully visited him every week over the decades. Six years ago, Museveni formally pardoned him, and invited him to join the cabinet. When he’d gone to prison, his children were in primary school, now they were in jobs or at university. Yet he has no bitterness. The old enemies are totally reconciled. Cris is a trophy of grace and, now 75-years-old, serves as Special Advisor to the President.

Cris’ winsome manner and humour were thoroughly disarming in a room in which all Burundi’s key players were sat. It was a message of reconciliation and humility we needed to hear. There was plenty of hatred between enemies in the meeting. But the strength of the NPB movement is that our agenda is simply to get people to gather together around the teachings of Jesus, and leave politics at the door for a few hours. Maybe, just maybe, we can then engage with our enemies in the Spirit of Jesus and see breakthroughs that can’t come by through the normal mudslinging, accusations, and recriminations.

Is that too idealistic? Some would say yes. I know some Burundians reading this blog will say we’re wasting our time. The Burundi situation is highly complex. Divisions are so deep. Positions are entrenched. Yet I write this an hour after Donald Trump has given his victory speech. We’re not the only ones with major wounds that need healing. 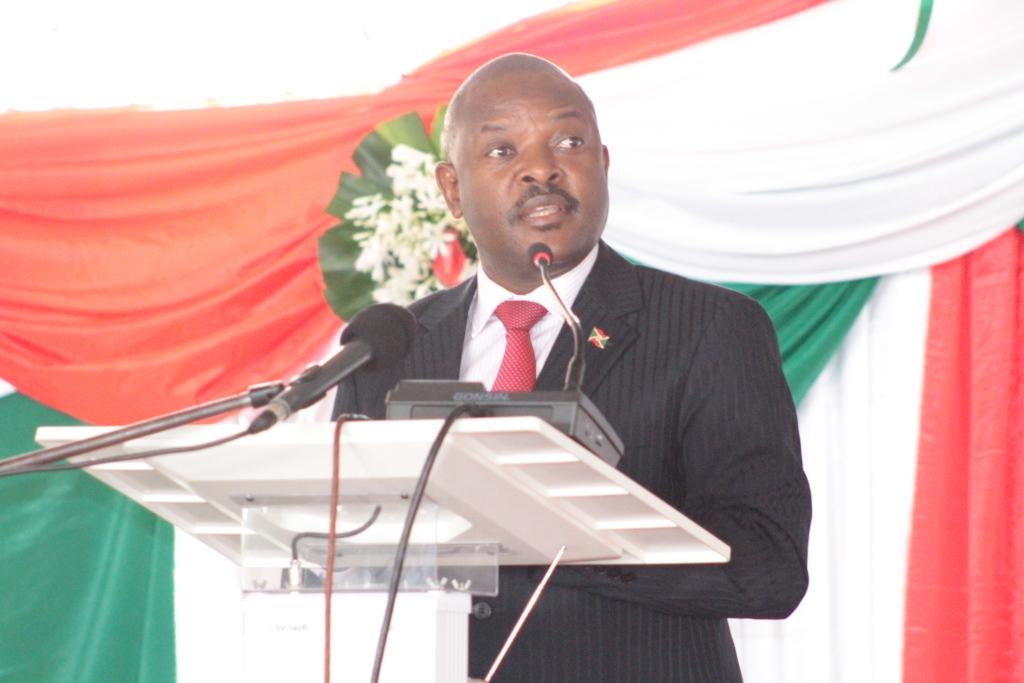 The President giving his address

I translated for my friend Ward Brehm as he asked the gathering the question: “What do you think is Jesus’ strategy for helping those he called ‘the least of these’ in Burundi?” And Ward challenged them by answering his own question for them, saying: “His strategy is you!”

Before getting on the plane, we stopped by at the President’s office. We met briefly with him and prayed together.

…that God would speak to the President and give him wisdom. The fear of the Lord is the beginning of wisdom. Many people wanted him dead, but may God protect him and his family. May he make good decisions for all citizens. May he be granted wise and bold advisors, who don’t just say what he wants to hear, who aren’t afraid to speak the truth. May all political actors refrain from commandeering and manipulating Jesus to endorse their own agendas. May he in humility take the initiative in reaching out and seeking reconciliation with his enemies. Thank God Jesus didn’t hold back but took the initiative to reconcile us to himself. May the President and his party do the same. So many people are suffering in this nation. God help and bless us all.

If you don’t know what to pray for Burundi (or for the USA for that matter), maybe the above might help you. We certainly need your prayers in this nation. And I’d value prayers too as we fly on to a very fragile Congo where I’ll be speaking at their National Prayer Breakfast Saturday morning.