Sunday – I phoned Ladd and told him to get ready to lead the team. The realisation has dawned on me that I simply can’t do this thing. I don’t know how my fatigue thingy is going at the moment because this week’s flu has masked it. I’ve got blocked ears, am churning out masses of snot, have sporadic sweats, have been pretty much lying in bed for the last two months so my muscles have been wasting away, and feel faintly dizzy all the time. All in all, however keen I am to do the ride, it just doesn’t seem possible.

So, the decision has been made. I can’t believe it really. I thought the Lord would heal me in time for this. nine weeks today I picked up whatever bug it is. Gutted. I know I’ll face some dark thoughts and discouragement creeping in, so I just need to be aware and resist slipping into despair for the next few days.

I went to meet up with the team and told them I was bailing on them. I thought I might blub but didn’t. We had a meeting where I delegated leadership to Ladd, but actually he was the only one missing as he’d suddenly come down with sickness, so Josh will be leader instead. We ran through all the logistics, plans, concerns, shared thoughts and questions, etc, and then I took the four lads whose bikes and bags hadn’t yet come through to the airport. 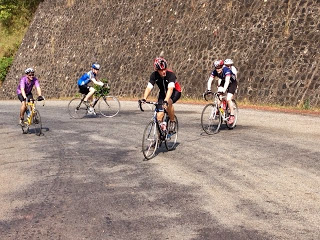 When we arrived, the baggage carousel had stopped with some unclaimed bags still there. So many people were still waiting, having come back like us from the flight three days ago when their luggage didn’t come through. I snuck around the side to get a look at the handlers and see if there was any more to come. It didn’t look good. A lot of praying was going on. And then Andrew’s came! Hallelujah! He skipped around the airport, some people laughing but others perhaps inwardly hating him as they hadn’t got theirs! And then, piece by piece, it all came through. Oof! We were soooooo relieved.

and then something happened to me…

…I just thought I had to give it a go. I’d written earlier in the week that you can’t experience a miracle if you don’t start, so I would start. Then this morning I felt so rough and discouraged that I pulled out. Then with this massive excitement, I just felt I had to. I couldn’t miss out on this amazing experience without at least starting out. I dropped them back home, told them I was going to give it a crack, and went to ours to pack. I told Lizzie my thoughts to get her backing. She was already in bed, and just wonderfully supportive as usual. But as I packed, I felt too sweaty and weak again, and so stopped, and changed my mind! and then changed it again! That’s how marginal a call it was.

Monday – My phone rang at 540am and it was Ladd heading over to pick me up. I didn’t feel any better than in the last two months. Was I being foolish. I was dressed and in the car with him in three minutes. Thankfully his bug had cleared up mostly. We went to the Rainbow Center and found everyone pretty much ready. After breakfast and last tweaks and packing, we went to KCC to pick up 200litres of water and the film equipment.

Simon, what are you doing?

We prayed, committed the venture to the Lord, and set off together. Lizzie and the kids had cycled down to see us off with a few others. I’d packed my bag presuming I would at best make it three hours as far as Rumonge, and then I’d say goodbye to the team, and leave the bike with them and just jump on a bus back to Buj. That was my honest expectation. Faith to start it, desperate to share some of the experience with the lads, but knowing how weak I was, so being realistic at the same time. 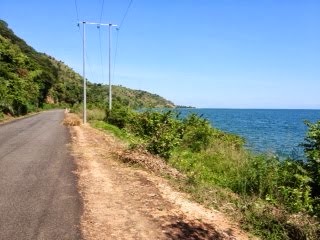 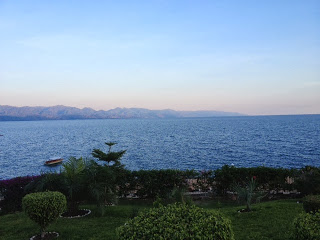 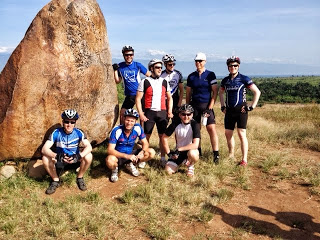 It went we made it the 120km to Nyanza Lac in very good time. I tell you, I honestly can’t believe I made it. And that therefore makes it one of the most memorable days of my life. Just think, I could have played it safe, stayed at home in bed, and missed it. What a life lesson. All by God’s grace, all for His glory. I’m blown away. Blown away.

Everyone else seemed to do pretty well. James had been puking up through the night and was a concern, but he’s younger and in good shape, and he pulled through. Dean has got some concerns with his knee, and as the evening wore on, I realised that my left knee was a real concern too – I hadn’t felt it on the ride. Knowing my history, and the fact tomorrow provides the biggest climb, over 6,000ft combined, I will try to be mature and not take part. That will be a challenge it itself. But to still be here is a pure bonus from 24 hours ago.

Half the team went off to show the Jesus film. Our own cook Jacques make some good nosh. And then it was bedtime, exhausted, elated, still with flu(!), and slept terribly.

Tuesday – I had a rough night, but poor James with diarrhea was in a worse state. After a good breakfast at 630am and morning devotion overlooking the beautiful lake with Tanzania to the South, we set out in good time. I opted out because of my knee. I would be gutted but for the fact I’m surprised I’m still here.

Today was a massive physical challenge. The mountain road but glorious but merciless. Of course I regretted not being out with the boys, but wow it was tough. I wasn’t out there I haven’t much to say really, except the lowlight that Dean had to call it a day two thirds of the way through because of his knees, which is a huge personal disappointment and a downer for the whole team. Being in the support bus was pretty dull, but at each stop 10km ahead whilst we waited for the cyclists, a crowd would gather to gawp at the white man, so I got Jacques to preach and he led a whole bunch of them to the Lord! 93km in total doesn’t do justice to how tough it was. This is not an experienced crew. It’s a big stretch for some of them, and there were even some tears in the mix, of triumphant perseverance through the pain. We’re now in our hotel, are about to walk and try to find internet access to send this, hopefully at the local school. I might venture out tomorrow, depending on knee. Same with Dean. The show rolls on.