I will never forget last week. 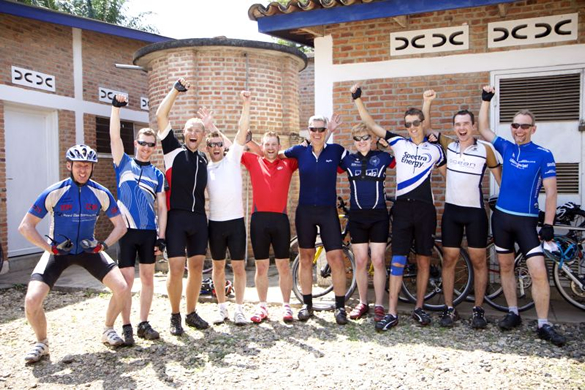 As many of you know, I’ve been ill for quite a while (9 weeks in all, much of it spent in bed), and last Monday I was meant to be leading a group of ten cyclists around my adoptive country (just got granted citizenship!) on the inaugural ‘Tour du Burundi’.

On the Saturday night before we were due to begin, I bathed the kids, and felt exhausted just from that limited effort. I was weak, had sporadic fevers, had endured the added delight of ongoing heavy flu that week, and was feeling very low. So I reluctantly decided to withdraw, which was a very depressing move, and yet I wanted to be wise and sensible – two characteristics many of you question I have! I told the team and held back the tears as I did so.

Another parallel drama was that the baggage handlers in Brussels had gone on strike, so four of the men’s bikes and bags had failed to make it at all. We were due to start on Sunday, but had to rearrange all the hotels and nights of outreach and put the event back by a day, whilst pleading with God that all the gear would make it on the Sunday flight. With much trepidation we went to the airport. The carousel had stopped and there was no sign of our stuff… but eventually it all came through, to our immense relief and delight.

And then I just knew I had to give it a go.

I’d written earlier in the week that I planned at least to start because I couldn’t experience a miracle of healing if I didn’t. So with much hesitancy I reversed my decision, went home, began packing (with Lizzie’s blessing), got too tired just doing that so changed my mind again, and then thought I’d pump my tyres up and lay a fleece – if they were still pumped up (i.e. if there wasn’t a slow flat tyre) in the morning, then I’d go for it – sounds stupid, doesn’t it?! But it shows how close a call it was for me, and how close I came to missing out on the week of a lifetime.

Sure enough the next day the tyres were still full(!), so I was off with the gang, weak as ever, but praying for a miracle. And indeed we prayed every mile “For your glory, Lord!” I expected to last two hours and grab a bus heading back home, so I hadn’t even packed extra underwear or my laptop to send updates through the week. But the miles just kept accumulating, and eight hours later we made it to Nyanza Lac. I honestly couldn’t believe it. I was blown away. To me, that was a clear miracle, knowing how weak I was. Thank you Jesus!

It meant I was able to share an awesome week with an incredible bunch of men. I took day 2 off, being the sensible type, but did all the rest with the whole team. Dean was injured and in pain from day 2, but he courageously soldiered on for five more agonizing days. The pain forced us to dig deep and support each other in a beautiful way. There was some puking, diarrhea, tears, various injuries, lots of evil smells, etc, but to cut a long story short, we all made it through to the end. The range of stunning scenery was mind-blowing. We had a precautionary armed escort through the previously rebel-infested Kibira forest, but they weren’t needed – we were safe all the way, because peace has largely come to Burundi – we have so many other problems out here, but let’s praise God for today’s peace at least. 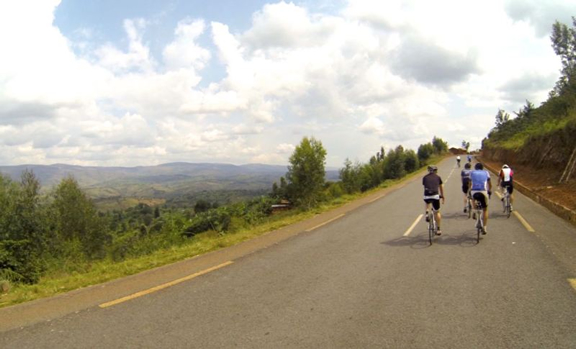 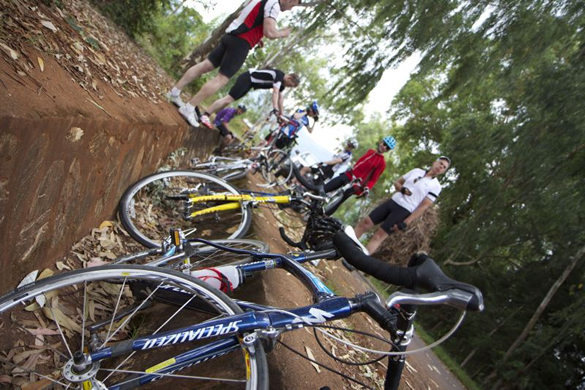 There wasn’t a single puncture in a combined total of nearly 7,000km. We spent 36 hours 39 minutes in the saddle, burned 27,484 calories, and climbed 32,680ft (approximately!). To date we’ve raised around $130k, which will go in part to YFC’s medical clinic and to Gitega International Academy, a school we opened last September to raise nation-shapers and shakers and it’s already recognized as one of the top four schools in the country.

We were cheered all the way by wide-eyed Burundians who couldn’t believe what they were seeing. 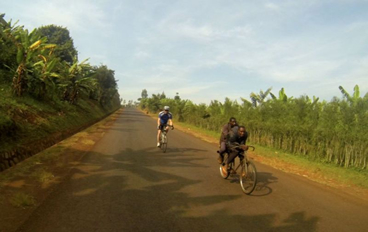 Whole schools would rush out of their classrooms, with or without their teacher’s permission, to scream in delight at us crazy-looking mankini-clad men-in-tights! We preached on the side of the road a few dozen times to crowds that quickly assembled wherever we stopped. We showed the Jesus film each night, and I guess that during the week probably 500 people made professions of faith. Actually the delayed bikes meant that instead of doing one night’s outreach in each place, we did two, because we were already committed to the schedule which then all changed by a day, so we used the opportunity twice over (the SU team on the originally planned night, and us on the second one), good old Romans 8:28 at play.

Guys, it was amazing. We often burst into spontaneous songs of praise when confronted with the beauty of God’s creation. Every day for me was a gift to be there, having expected to be languishing in bed still. Life is a gift, pure and simple.

So my biggest lesson learnt? If you want to see a miracle, you’ve got to step out in (fragile) faith, and risk falling flat on your face. Does that apply to you at all today..?

I’ll call it a day shortly, but let me close with an invitation – it’s not for hard-core riders as they’d find the pace too slow. But to everyone else, do you want to join us next year?

What’s stopping you? This was a life-defining adventure for those who embraced the challenge. You think you’re too old? Well, our ‘Old Codger’ Paul managed it tenaciously aged 58. You’re out of shape? Well, formerly-chunky Dave lost a staggering 105lbs/7 ½ stone, see the pictures below. So inspiring! Burundi’s too dangerous? No, the literally tens of thousands of smiles along the way and cries of ‘N’amahoro!’ (‘It is peace!’) testified to the fact it’s a pretty safe place to be. 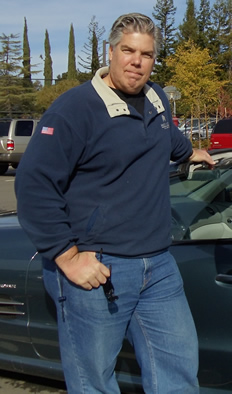 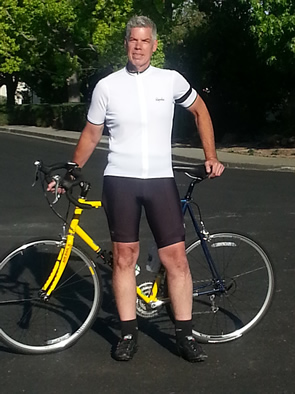 So don’t be scared, don’t think you’re too old, stop tucking into that full-fat ice-cream on the sofa in front of the TV, and instead get out there on yer bike training for the Tour du Burundi 2014! I’ll see you there, bring it on!!!

So it’s over and out from a sore Simon, who’s hoping for another miracle in a few weeks to complete the Ironman in Idaho on 23rd June (2.4mile swim, 112mile cycle and 26.2mile run). I feel the pressure’s off in that surely after two months of atrophying muscles I can’t finish it, but with your prayers and the grace of God, you never know! 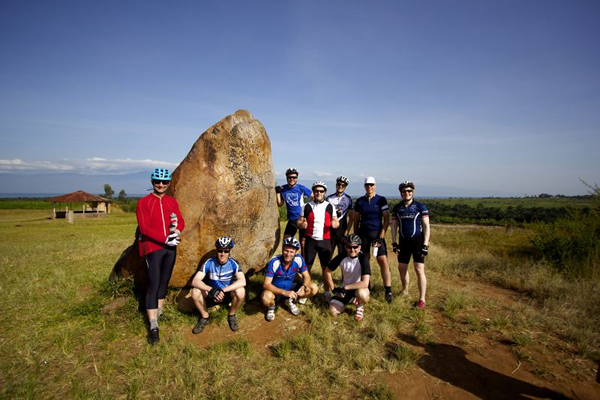 Thanks for praying, for caring, for giving, for coming!

PS If you’re interested in signing up for the Tour du Burundi 2014, do get back to me. You could read what the others wrote at www.joshandnadineinburundi.com or www.tour-du-burundi-2013-paul.blogspot.co.uk or www.tourduburundi.blogspot.com

PPS If anyone wanted to contribute to the cause, please do so at http://www.razoo.com/story/Gitega-International-Academy-Dl?referral_code=share if in the USA, and https://www.justgiving.com/James-D-Stevens/ if in the UK. God bless you!

PPPS The Central African Republic continues to be in a horrific state, see a few blogs further down, so please keep praying for the Church there as all political appointments at every level are going to Muslims and whole towns have been wiped out.