My blog is turning into a C.A.R update board, which isn’t what was intended. But it is crucial this info gets out to as many people as possible to get more prayers offered up.

Please email me if you want these updates direct – I get them daily, and am only posting the occasional one. Do share this as far and wide as possible.  I repeat an earlier blog posting comment: For the Christian, ISLAM stands for I Sincerely Love All Muslims. Islamophobia is not in the spirit of Christ. With that in mind, here goes from Pierre, it’s not good news:

I was having some difficulty getting on-line during the last few days, hence the lack of news. We held our weekly gathering of pastors and leaders today, despite torrential rain that lasted from morning into the afternoon. It was encouraging to see people ready to walk through the downpour to get there.

We continue to ask for your prayers. International institutions are all leaving the country, and France too is advising all people from there to get out, which bodes terribly. Kidnappings and other lawless acts are continuing. A month since seizing power, those now in charge are proving incapable of restoring law, order and normal running of the country. We owe our survival to God alone. 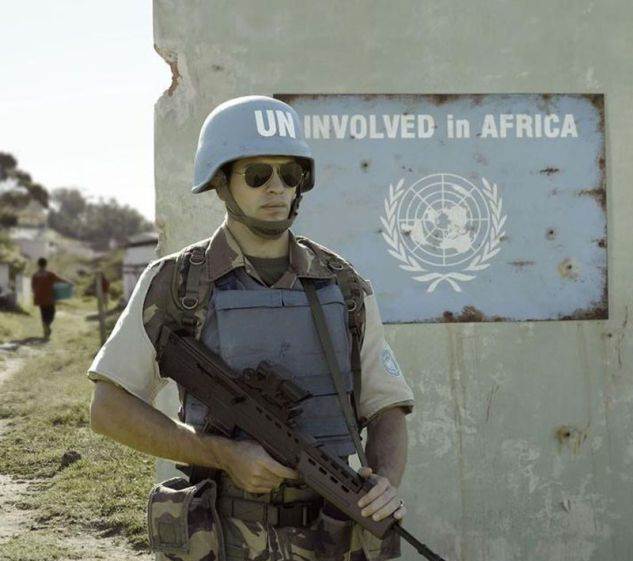 (This is a bit of a cheap pop at the UN, but reflects how people in the CAR feel)

Last Sunday, Baptist church pastors from the EBEC denomination held a meeting of their different parishes at a place 35 km away on the road to Boali. Just as they were taking the offerings, Seleka troops turned up and took all the money.

A number of villages in the interior have been burned to the ground – they say over 200 in the Ouango Bangassou region and over 400 in Mbrès. Other news coming through concerning churches and Christians is giving the greatest cause for concern. I was visited at my house by a pastor who had arrived from Ndélé, and he gave a report at our gathering this afternoon. He had already lived through what happened in Birao in 2004, 2006, 2007, when Christians paid the price and a number of them were cremated alive when their houses were set on fire. The rebels tore up all documents relating to Christian matters, but did not touch those of a more secular nature.

In Ndélé Christians are being tied up, beaten and made to pay sums of money to have their lives spared. Such are the threats, that some of them after experiencing such humiliations, are joining the rebellion. Many are afraid to confess their faith. The pastor’s testimony confirmed yet again what kind of plan the Muslim rebels are working to. In the various towns just as in Bangui, it is Christian properties that are being targeted. The Christian Cultural Centre headed by Jean Bosco has been ransacked, and the items belonging to a missionary Claude P, who used to work in the CAR, have been carried off.

In Bantaganfo, also abandoned by international NGOs, there is a similar reign of terror against Christians.

According to information that has fallen into our hands, the rebels have a hit list of pastors and other Christian workers. There are continued attacks against places of worship, but through prayer, a number of plans have failed.

Please continue to pray for us, and for the big day of prayer that we will be holding May 18. Pray that these internet connection problems will be resolved this week, so that I can continue to send news.