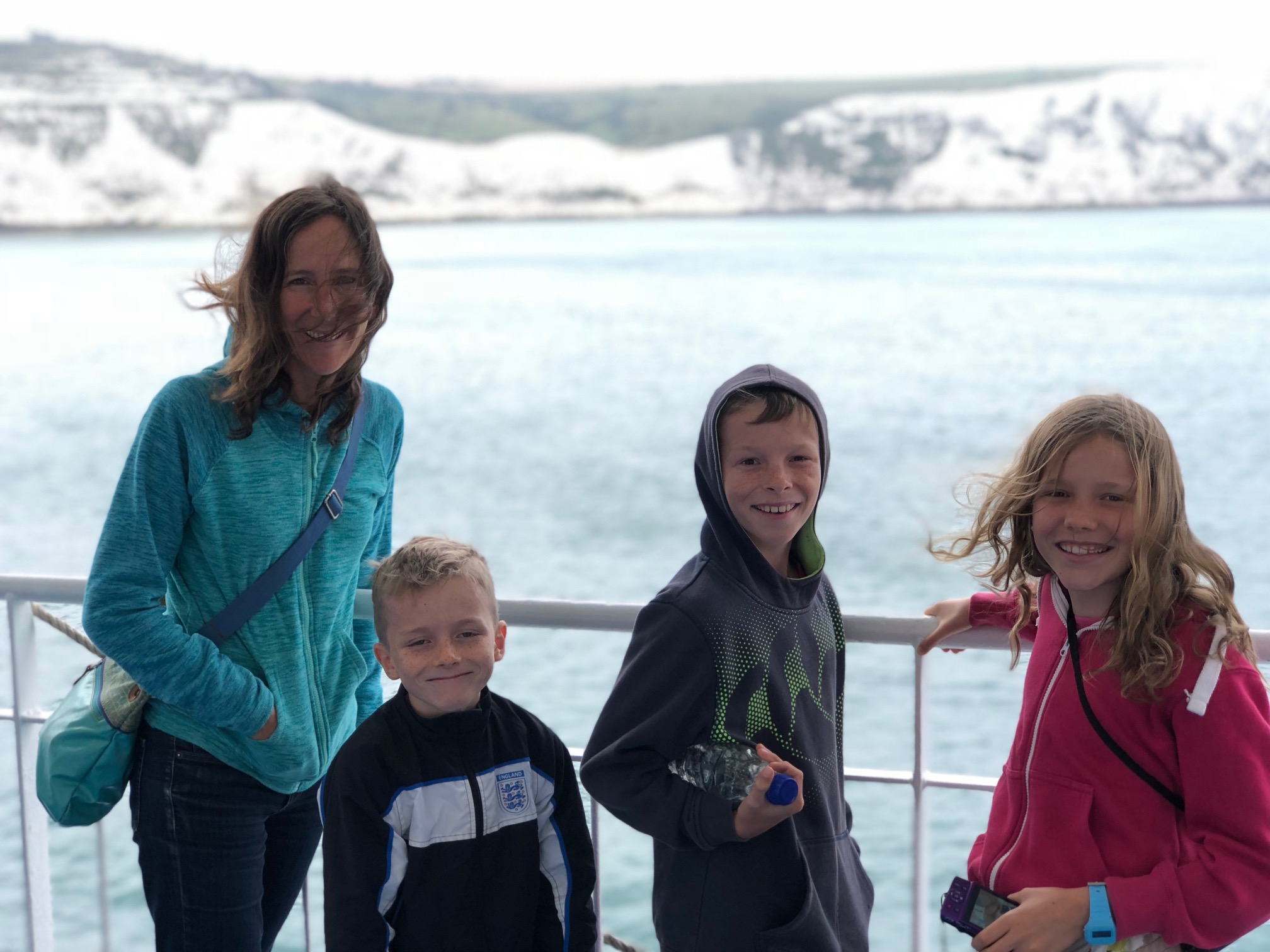 The above picture was taken on Day 1 of our world tour, as we set sail from England with the white cliffs of Dover in the background. Three weeks in, we still love each other(!), are in our 10th country, Romania, and have had some precious times. The only place I’m regularly posting is Instagram if you want to follow our movements: @simon.guillebaud

I’ve waited a few months to allow my thoughts to percolate after finishing twenty years of living in Burundi, and all that I learnt in that time. There were, of course, many lessons from living in a war zone that became peaceful and then again sadly fell back into conflict. But I’ve distilled them all down to three words, essentially, which formulate a life motto of sorts that we as a family are seeking to adopt and live by. So I’ll share it with you, and hopefully it might be of help. It involves coming back to familiar themes if you’ve journeyed with us a long time, but they have left deep marks in me. It reads:

First of all, we want to really live. We want to embrace the adventure of living rather than settle for the safety of existing. Many people’s highest aspiration seems to be to arrive safely at death, and so we often avoid taking risks, stick to the status quo – however dissatisfactory it might be – and miss out on so much that could happen if only we stepped out in faith to live out our God-given dreams. Jesus’ promise in John 10:10 of ‘life to the full’ is to be claimed and appropriated. And following Him is not safe. But the safest place to be is in the heart of God’s will; and safety isn’t the absence of danger, it’s the presence of God. As a colleague once turned to me with a glint in his eye and said as we drove along roads fraught with danger: “Simon, isn’t it exciting? We’re immortal until God calls us home!”

Particularly from 1999 to 2003, I lived expecting to die. That appear to many to be a horrible experience to endure – but no, it was a great way to live. As I drove each weekend along deserted roads anticipating deadly ambushes, completely ready to die, I never felt more alive. Death is an emasculated enemy, it’s lost its sting. I could fully echo Paul’s words in Philippians 1:21: “For me to live is Christ, to die is gain.” One time forty people were killed, but we got through. Another time as I ate a Chinese takeaway, I heard three shots, and found out later my friend had been murdered. An awareness of the imminence of death is very helpful.

There was such focus, such intentionality, such joy. If you think you’re going to die next week, you’re not going to waste today. You’re not going to spend endless hours watching TV or gaming or on social media, because today will soon be yesterday, and there’s so much to actually live for, now. If you think you might die shortly, you’re going to tell everyone you care about how much you love and value them; you’re going to have a sense of urgency in sharing your hope in Christ with those who don’t yet know Him, because the stakes are high; you’re going to keep short accounts with everyone, saying sorry and asking for or offering forgiveness so that your life is in order just is case something happens; you’re going to prioritise how you spend your money, because stuff doesn’t matter, people do. You’re not going to take any possession with you, so you choose to get more excited about investing in what lasts. As C.S.Lewis wrote: “Anything which isn’t eternal is eternally out-of-date.”

I’m just desperate – for myself and my family – and I long for all of us, that we wouldn’t get to the end of our lives and be sat there in a recliner with a shriveled soul and loads of stuff, and think: “I just missed it, I played it safe…” That would be tragic.

If we decide to truly live, to go for it, to have no regrets, does anything need changing? Let’s do it!

Everything is relationship. That is one of my mantras. We need each other. I need you. You need me. Certainly we can do more, go further, and have more fun… together.

As the African proverb says: “If you want to go fast, go alone; if you want to go far, go together.” One of the biggest tensions in my marriage is that I want to go too fast. Even this last week on the metro in Berlin, I lost Lizzie! I was walking so fast, and I thought she’d seen my turning, but she hadn’t. And I had to retrace my steps, track her down, and eat some humble pie! Speed is overrated. I’d really rather go far, and we do that together.

As I review the beautiful effectiveness of our work in Burundi, it largely hangs on the fact that we created such a strong team. We sought to identify the best local leaders of passion, integrity, gifting and vision for the transformation of the nation. There were lots of very gifted and driven individuals, but we became a dream team of complementary visions, leveraging our collective impact through synergies and interdependence. We sought to model partnership, cooperation, team-work. If you stand on my shoulders, then you can see further and do more. ‘We’ trumps ‘me’. 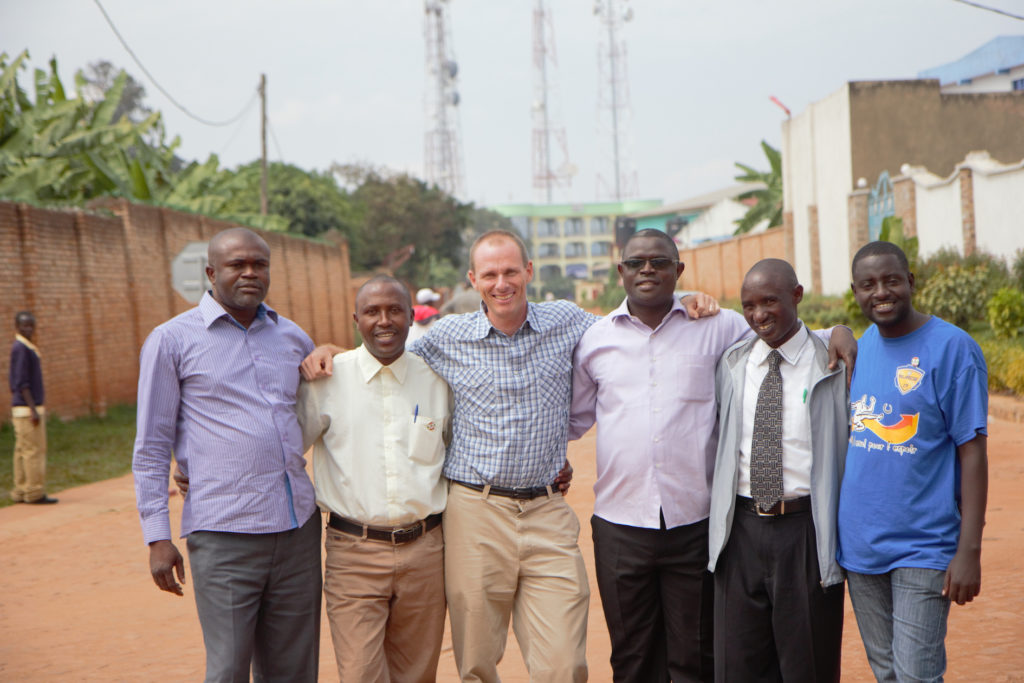 But crucially that takes time. You cannot develop trust overnight, particularly in our context of total distrust, small-mindedness and competition. So we started meeting regularly. They were my highlights, having an extended breakfast each third Tuesday of the month, being with such motivated high-caliber leaders. And slowly trust was built up, because everything is relationship. We did retreats with spouses included, so that everyone would be on the same page.

And the crisis of 2015 highlighted the beauty of our togetherness. With roadblocks burning and to the sound of gunfire around, we met up and had a holy moment – together – in which we counted the very real cost and danger of active engagement in the crisis. We delegated roles around the room, strategizing so that the country wouldn’t fall apart (You’re the most eloquent spokesman for non-violence, so let’s hire the national radio and TV station and preach peace; you’ve got the best inroads with the militia, so we’ll organize a meeting with the leaders for you to address them; your team is the best at social media, so we’ll support you to create a platform on Facebook and Whatsapp to counter all the destructive lies and rumours, etc). Egos were left behind. Thank God nobody was killed for it. But we were ready. Together. No other such network of intimate strategic relationships existed in the country, as far as any of us could see.

What does it look like in your context to live together? Because we all want to go far…

So firstly ‘live’, secondly ‘together’, and third and finally, ‘gratefully’.

The greatest gift Burundi gave me was the gift of gratitude.

A man called Aloise was trying to kill me. He came to my house with a grenade to blow me up. He wrote me a letter saying he was going to cut out my eyes. It wasn’t a fun experience, to be sure. Indeed I had a few nightmares and stayed at a friend’s house for a few days. But it was actually one of the best experiences of my life, and I’ll tell you why.

Faced with the threat of losing my eyes, I actually thanked God for the first time in my life for them. Consciously. Suddenly my eye-sight was correctly recognized as a gift, not as a right.

Have you ever thanked God that you can see? What a gift it is! Ask a blind person. And this led me on to the realization that everything in life is a gift. Our challenge as we live in entitlement cultures is that it’s all about our rights. Consequently, when we don’t get what we want, then it’s an affront to our divine right to happiness, health, etc. That’s why we complain so often and are not experiencing as much joy in life as we should. I’m speaking as an Englishman here: our national pastime is moaning! We moan about everything, whilst being amongst the most blessed people in the history of humanity.

My pastor’s 18-year-old brother died in his arms for the lack of $5 to pay for the medicine across the counter in the chemist’s. Let’s stop moaning about medical care. Burundi is the hungriest country in the world, with 56% malnourished. None of us has had to pray ‘Give us today our daily bread’ and really mean. Let’s be deeply grateful for food. We all have access to clean life-giving water in our homes without needing to walk miles with a jerry can on our heads to get some. What a gift! We can all read and write, we have sufficient clothing, we’re free to believe and express those beliefs, be they religious or political, what incredible gifts! Do you realize that these are gifts, and not rights? If so, you will live gratefully, and it will totally transform your life. 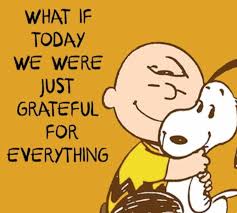 During the war, my friend Chrissie saw a man praying with an empty bowl in a refugee camp. She went over and sat next to him. “What’s your story, old man?” He told her how he had seen his wife and kids hacked to death, and his house burnt down. He was in his eighties and had walked six days to get to the camp. So now, in his stinking rags in front of her, that was all he was in the world, with his empty bowl. Yet at the end of recounting his horrific tale of woe, he turned to her and said: “Madame missionary, I never realized that Jesus was all I needed, until Jesus was all I had.”

Are you grateful? Gratitude will transform your life. It has transformed mine completely. Whenever I’m tempted to moan or feel sorry for myself, I just go through the gifts in my life: I can see, most of my body works pretty well, I am not starving, I have family and friends, a job, access to healthcare, freedom of expression, the list goes on.

Wow! Thank you Lord, because you are the Giver. Everything is a gift. Therefore I will live gratefully, which will make me a much more pleasant person to be around, because I’ll bring life and energy to the party rather than sucking it out of the room. Grateful people are joyful people, and joy (not the same as happiness) can defy our personal circumstances in a beautiful, attractive, and life-giving way.

So there you have it. Many lessons distilled into three words. The Guillebaud family motto – whether in Burundi or on a world tour or next year living back in the UK – is LIVE TOGETHER GRATEFULLY.

What might yours be? Let us know, we’d love to hear it!