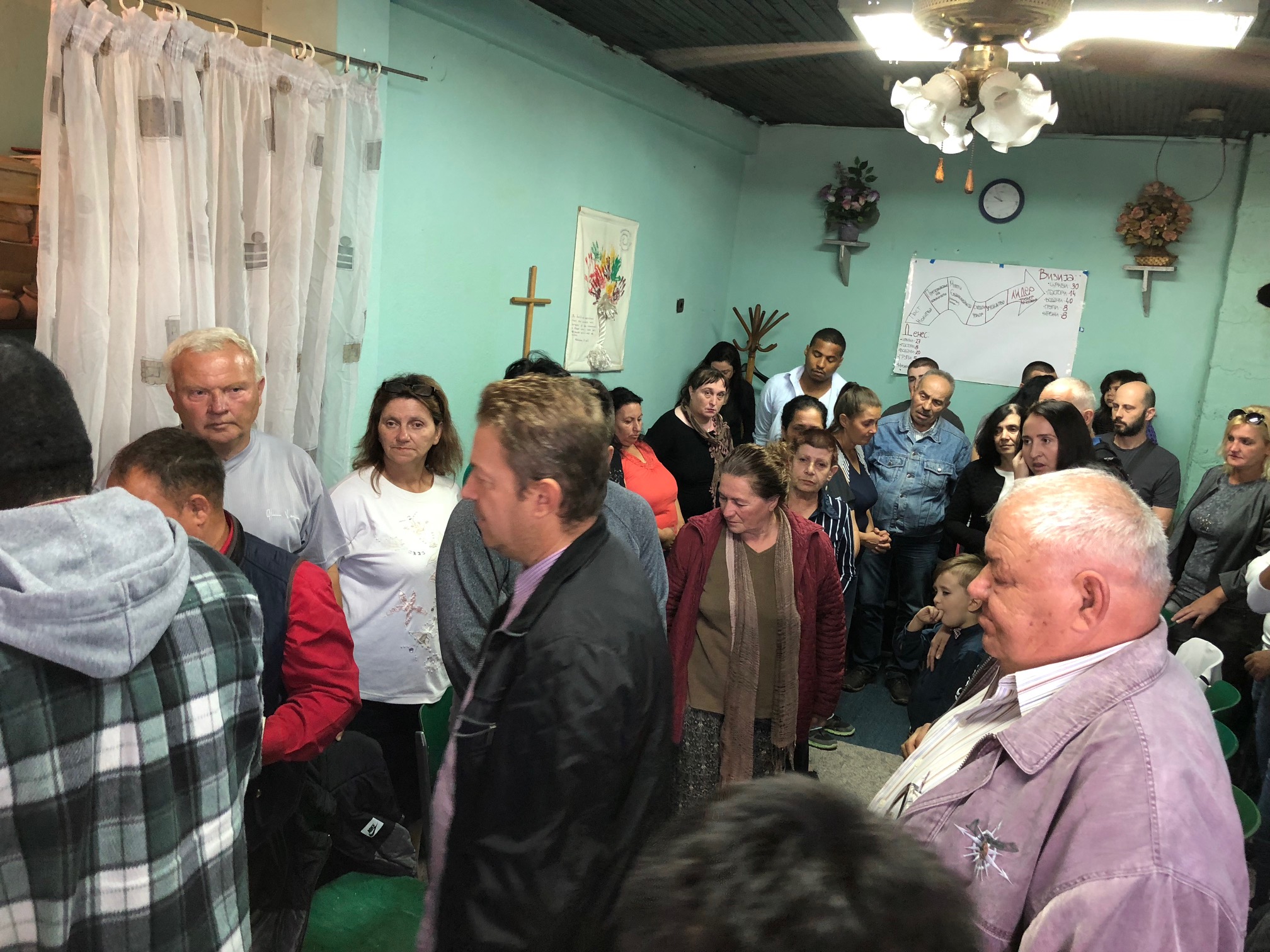 Greetings from a small village just outside Shtip in Macedonia!

We’ve just had a stunning weekend of outreach alongside Brother Jimmy from Nigeria, who has been here 35 years and done incredible pioneering work during that time. Macedonia has 0.2% evangelical believers – that’s 2 out of every 1,000 people. The gospel needs are huge.

Over this last weekend, I got the chance to blast around the country and speak at seven of those churches, each in towns where there was no other Christian witness. We arrived, preached, said goodbye, drove another two hours, preached again etc. Apart from the fact that we were in a van, it felt like the apostle Paul must have felt, journeying around the country, sharing the good news with a sense of urgency. It was such an exciting privilege to be a part of.

An incredible two days of blasting around the whole country of Macedonia, speaking at seven churches (out of a total of only about 60 in the whole nation), such a fun and exhausting trip, but great opportunities to encourage the troops.

As I said, the needs are simply huge. I found being with Jimmy’s gang such a challenge to the often complacent Western church. We met Sunday morning in the centre of the country at one church for teaching, and then four teams of eight people went North, South, East and West, fanning out across the nation and visiting the various plants. I did it yesterday and was exhausted by the end of it. They do it every single weekend! How does that compare to your church in terms of zeal for the Kingdom and willingness to get out there? Evangelism and discipleship were total priorities, and raising young leaders is at the heart of Jimmy’s approach.

He showed me a 4-storey building they want to buy, to use as a church, a conference venue, pastor accommodation, as an income-generator and more. The house has been unoccupied for years because apparently it is haunted and nobody wants to live there. The owner wanted 60,000Euros but has come down to 40,000Euros as there have been no takers. Jimmy’s not remotely afraid to take on any demons in that house and redeem it for God’s glory! It’ll be a strategic launch pad in their ongoing efforts throughout the nation into the future. 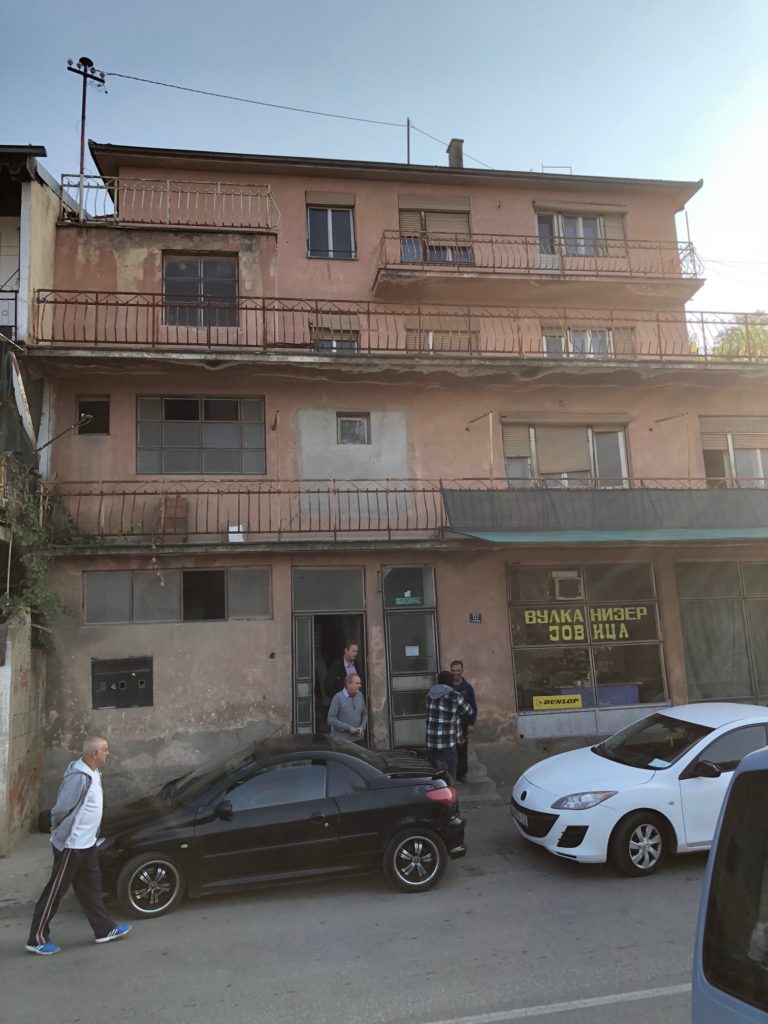 In Acts 16:9-10 we read: “During the night Paul had a vision of a man of Macedonia standing and begging him, “Come over to Macedonia and help us.” After Paul had seen the vision, we got ready at once to leave for Macedonia, concluding that God had called us to preach the gospel to them.”

Jimmy’s not begging us to come over to Macedonia to help. He’s just praying that God’s people will help him and his team crack on with the evangelization of this largely unreached nation. And this building is so strategic to make that happen. So does that touch anybody? Could you (or do you know anyone who could) help buy the building? Does your church want to get involved in mission in such a needy area with such a fruitful committed bunch of people? You would benefit so much. Do get in touch if so and I’ll connect you.

And might we rise to the challenge in our own contexts and get more focused and engaged in reaching out to the lost in an intentional and strategic way, with a sense of urgency for the lost. Truly this last weekend inspired, challenged, and rocked me. May reading this spur you likewise to action! 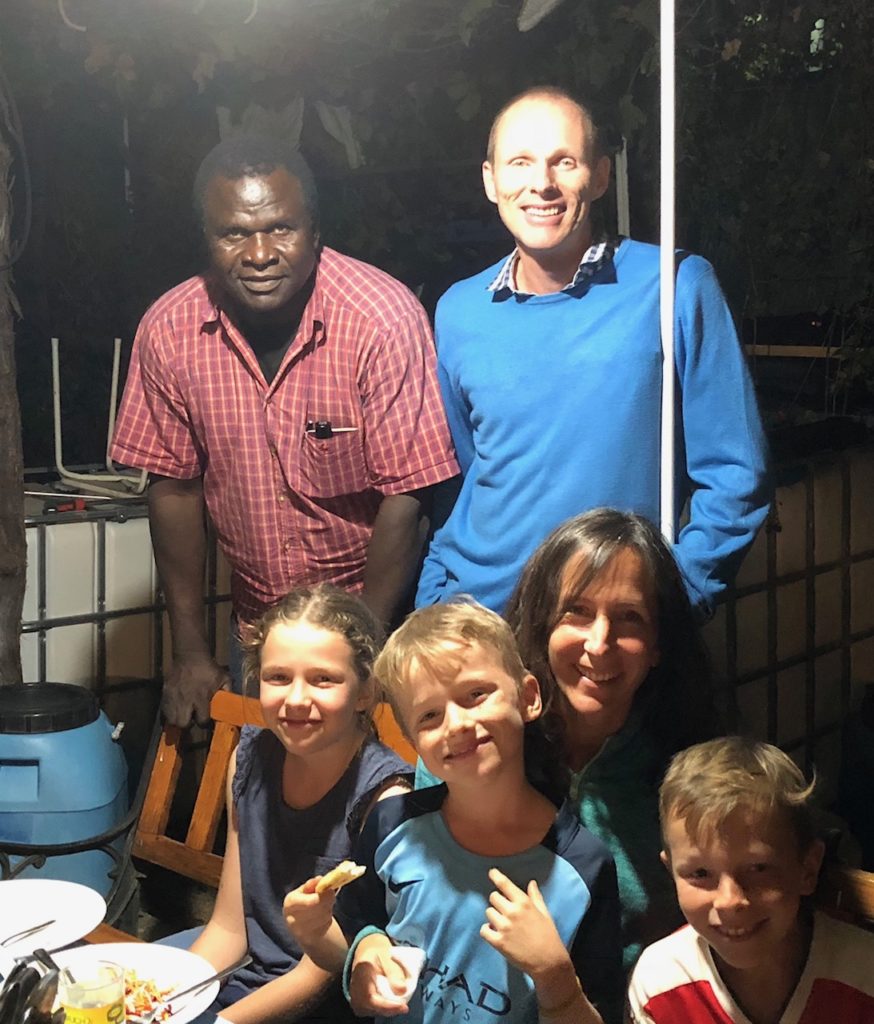