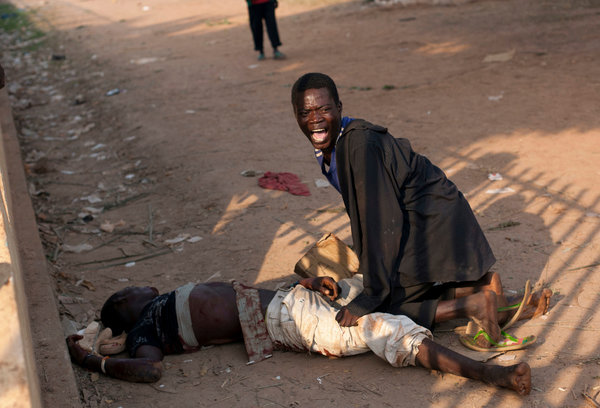 “Christian militias? Is anybody out there listening? HELLO?”

That is how true Christians feel in the Central African Republic right now.

I’m writing this, because I know many key influencers are getting these updates, and I’m asking all those of you with any clout who are following the crisis and probably hearing a twisted narrative, to help get the truth out. You will see that the international press are completely misrepresenting the crisis, as I take you back to earlier posts from many months ago. The popular narrative that has evolved is that the CAR conflict is between Christian anti-Balaka militias and Muslim Seleka rebels. WRONG! Let’s recap the timeline of this conflict:

24th March – Seleka rebels take control of the capital, Bangui, and are victorious over Bozizé’s regime.

Maybe the first thing I should say is that I love Muslims. I have Muslim friends. For the true Christian, ISLAM stands for I Sincerely Love All Muslims. Islamophobia is not in the spirit of Christ. With that stated up front… how to encapsulate a highly complex scenario in a few sentences?

Similar to Mali, this is all part of the fallout of post-Gadaffi Libya, with lots of weapons and anarchy in much of North Africa spilling over into the surrounding nations. The CAR could be the next Somalia. A ragtag and disparate band of splinter rebel groups – now the SELEKA coalition – kicked out the government last month. They are all fighting under the banner of Islam and only submit to their own respective warlords, so it’s a recipe for carnage. The UN is completely emasculated, the French as former colonial power don’t have the political will and are already caught up in Mali, so this largely Christian country is being destroyed. The very limited international news coverage – you have to really search it out – plays down the religious dynamic as you’d expect in the name of political correctness. For more, read Islamisation on our Watch 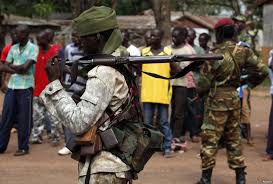 Over the succeeding months, there was a systematic replacement of mayors, administrators and officials by the Seleka, with all new appointments, quite naturally and consistently, being Muslims – that is what happens with Islamisation. Rape, pillage and murder continued, and was very clearly directed at the Christians, not the Muslims. I posted a beautifully dignified and compelling commentary by my key contact, Pierre, on the 27th April (Staggeringly Impressive Letter under Pressure)

On the 29th April, I posted Abandoned to Islamisation and Upcoming Slaughter…

This was what was going on from eight months ago until now. So when the French scaled up their troop numbers and other nations’ troops arrived last month, the situation had further degenerated. But suddenly, the ubiquitous narrative being disseminated was the crassest misrepresentation. Of course at some stage the ‘Christian’ masses are going to create self-defense units, and of course if the ‘Christians’ are the ones being killed then those self-defense units will be superficially labeled ‘Christian’, but that doesn’t tell the story correctly, does it? And the anti-Balaka militias are not Christians in the truest sense, but only in the sense that most Central Africans are nominally ‘Christian’ – these men are either loyalists of the ousted Bozizé regime or simply self-defense units that have sprung up as a reaction to the carnage inflicted on their communities. Again, see NOT Christian Militia Groups 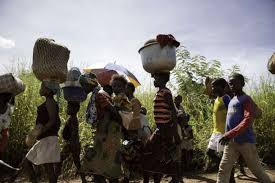 This is not an anti-Muslim rant. I know that some Muslim leaders are doing their best, along with many Christian leaders, to stem the tide of violence, preaching forgiveness and reconciliation at great personal risk to their own safety (Here is one such example). That story needs to be told more broadly as well, but is currently happening largely in isolation and under the radar.

So please, al Jazeera, BBC, CNN, AFP, Sky News, and others, read the above links, get some more background, and don’t misrepresent the most complex of solutions, especially to the detriment of the Christian masses. 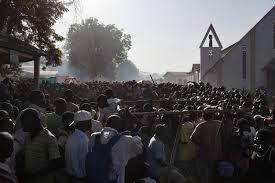