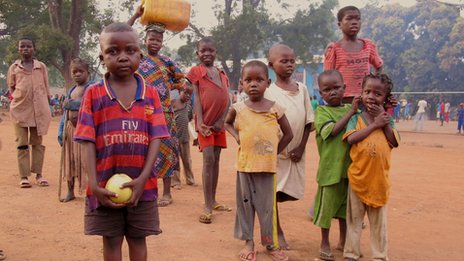 I know that many of you are following this, so here are a few more updates from Pierre:

26.12.13 – “We did not wish to cast a shadow over your Christmas celebrations yesterday, by sending you disturbing news. Whatever might have been one’s forebodings, actual events surpassed these. Some churches did manage to gather their members together on the afternoon of Christmas Eve – like once upon a time – but the night was broken by the sound of heavy artillery fire, particularly in the northern part of the city.

Throughout the whole of Christmas Day, the brothers and sisters living in PK 13, PK 12, PK 11, PK10, Gobongo, Fouh, Combattant and Miskine districts remained behind closed doors, hiding out in their homes. Anti-Balaka rebels are out to establish control of that northern area and lay down the law there. They are setting fire to vehicles carrying Muslim people who are leaving the country by the overland route. On top of all that, they are discovering arms and ammunition in the said vehicles, and seizing it. 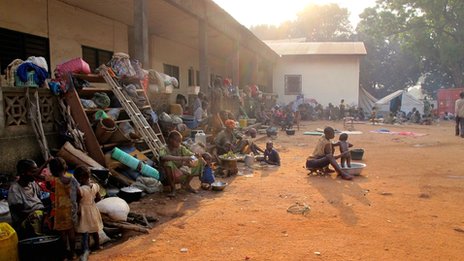 By way of reprisals, the Catholic church of St Charles in PK 12, where at least 20 000 people had taken refuge, was attacked by Muslim groups. Men, women and children are fleeing for their lives.

For some months we had been given to understand that the Police Training School in Pk10 was being occupied by Chadians from the FOMAC peace-keeping forces, while in reality they were Seleka elements wearing Chadian uniforms and badges. The Chadians must have been aware of this, as the two groups were in close contact. MISCA peace-keeping forces are now working to clear them out of there, with heavy artillery fire on both sides.

Chadian soldiers with MISCA were set upon by anti-Balaka forces, leaving at least five dead and a number of people wounded, including the area commander. That part of town was surrounded and subjected to intense gunfire throughout the day, causing much destruction.

The Seleka were then on the point of invading the Benz-vi and Yassimandji districts; and it required the intervention of French helicopters to stop the attacks on the fleeing civilian population. Unfortunately, the violence reached our own part of the city, when Muslims from the Yakité quarter were repelled by MISCA forces. Our neighbourhood was criss-crossed by armed Seleka patrols and subjected to heavy gunfire, with shells falling right by our house. This went on for hours. We do not know what today will bring; but we can be sure there will be killings.

Please continue to pray for us.” 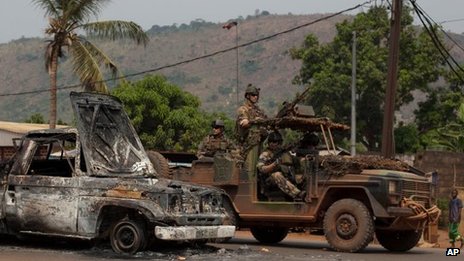 27.12.13 – “Today it was quiet in our part of town; on the other hand, there is continued shooting in a number of other districts including the northern ones. People continue to be driven from their homes; many are fleeing Bangui altogether.

At about ten o’clock last night, President Djotodia’s house came under attack, and when MISCA peacekeeping troops were called there, the Seleka opened fire, killing some Congolese among them. Heavy artillery fire went on for some hours. There was a very sombre mood in town today.

Please keep praying for us.” 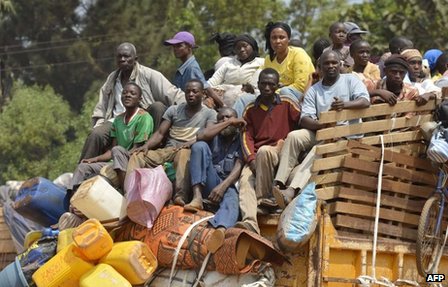 28.12.13 – “Thank you for your prayers. This morning, sporadic gunfire can still be heard. Last night, after rumours that President Djotodia was about to resign were officially denied, all of Bangui was in an uproar, with gunfire on all sides. In fact, the day before yesterday, his residence was attacked by his own presidential guard. In the course of that attack, as mentioned previously, Congolese MISCA troops were called in and came under fire. As of last night, Djotodia has apparently withdrawn to Camp Mpoko.

An open grave has been discovered not far from Camp de Roux, also a base for Djotodia and his troops. The bodies bear the mark of the Seleka, who usually are in the habit of throwing corpses into the river. This time, due to French and pan-African MISCA patrols in the area, they just dumped them there – at least that is what I reckon.

Please pray for disarmament to take place. On one hand, nearly all Muslims, not just Seleka, are going about armed with pistols, grenades, AK rifles and machetes. On the other, there are the young people who are salvaging weapons from mosques that have been destroyed, and using them to defend themselves against Muslim attacks. We are on the brink of a civil war.”