Hoorah! At last, we’re done with Texas. I’ll refer to Texas as a she henceforth, not knowing if that’s correct protocol. She is a staggering 5.3 times the size of England, to give you an idea of how McMassive she is (England is 50,356 square miles compared to Texas’ 266,807, for those who like random stats).

We spent twelve days – more than a third of the whole trip – inside her. She played mind games with us, taunted us, heckled us, wooed us, and then opened her mouth wide for us to enter into her cavernous mouth. She chewed on us, spat bits of us out, and then we slid helplessly down her oesophagus into her belly, where we were broken down before passing through her bowels and being pooped out the back end. Oof, it feels good to be discharged, even if we’re smelly as a result! Actually we’re not, because we’ve just landed at a cheap but clean RV park with good showers, so we’ve washed off the Texan dregs and perfumed ourselves with luxurious Louisiana RV-park-quality soap. I had a green tree frog stuck to the wall above my head ogling my ripped body throughout my douching, so as a punishment I caught him after multiple attempts and threw him onto Craig as he was showering in the next cubicle. I don’t think either of them were very impressed by that!

So now we’re in our fifth state, and it’s great to be here. By the way, as I review our time in Texas, it was almost uniformly positive. The challenges of the desolate desert, strong winds, and multiple stinking rotting deer corpses made the latter greener days all the more sweet. But above all that, we met a whole load of wonderful people, so I will always have fond memories of that gargantuan state. 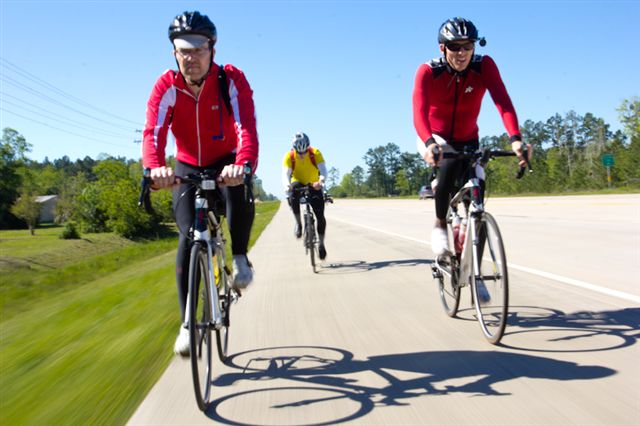 Our day started in Houston at 5am, and with a tumultuous shock. John, aka Jesus-beardie man, had shaved it all off (and the whole Persian rug that covered his chest as well, but we won’t go there). Well, he should have shaved it all off, but he actually left a tiny ’tache on his top lip. Remember Goose from Top Gun, Tom Cruise’s co-pilot? That’s our John. It looks WRONG! I know the post-modern worldview rejects any kind of moral absolutes, but I’m sorry, this is wrong. I’ll let you decide for yourself with the photos. To his credit, he’s doing it for a joke (I hope), and I was meant to follow suit but I just couldn’t. For me, after a week of not shaving, I go strongly ginger and find it very itchy, quite apart from looking like an idiot, so I’ve never actually managed to grow a beard – which I wouldn’t anyway, because I’ve inherited my Father’s prejudice against facial hair. Yes, it’s the last acceptable prejudice to still hold onto. He told me once he’d never employ anyone with facial hair. Sorry chaps, shave it off, and show me you’ve got nothing to hide. I do have a number of friends with louche slug-like growths on their top lip, so maybe now’s the time to out myself as a anti-facial-hair bigot. 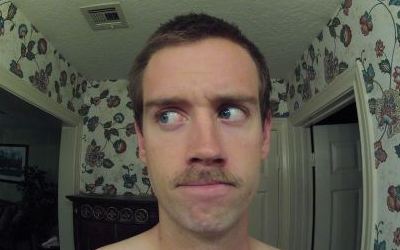 You can tell I’ve had too much sun. We were out in it from 8am to 730pm. It was HOT. It was HUMID. But we were hard as nails, and ended up with our largest tally to date, a healthy 126miles – which is great because it eases the pressure off our longest week. That time included a break for Craig to ring the Fraud Office in England to sort out his issues with someone filching £6k from his bank account. The hackers managed to change his address details, phone numbers, the lot – cheeky monkeys. We others were amazed at how chilled Craig was about this, but it turns out because of the nature of his business it’s happened a number of times.

Jeff really struggled in the morning, which was a long one. We got 81miles done from near Beaumont before our late lunch. He’d had a Chinese meal last night which wasn’t agreeing with him, and was also badly dehydrated. But after a few dollops of pasta, several lashings of Gatorade, and a nice call to his girlfriend Sarah, he bounced back to his usual enthusiastic and energetic self. Actually, he sometimes shows traits similar to crazy Ernie from a few days ago.

A family cycled past on two tandems, parents in the front of each with their two young sons (maybe 8 and 10-years-old). They’d been travelling for 22 days so far, camping everywhere – very impressive. We guessed that the boys were probably home-schooled because regular over-stimulated kids would have gone stark raving mad with the monotony of so many eight-hour days in the saddle. Then we went past a church, which hilariously had an electronic billboard which read: “Revival, 2012oFahrenheit” – that’s one smoking hot revival! And then we came upon the most horrific sight. Now, let me tell you, we’ve seen hundreds and hundreds of instances of road-kill in the last few weeks, from dogs to cats to cows to deer to skunks to armadillos, etc. But nothing compared to this unfortunate black Labrador that we sidled past which had been mushed and literally split in two. We all let out a collective spontaneous repulsed “Yu-u-u-ck!” The stench, the sight, the flies… next time you see a fly land on your sandwich, just think, it could have been inside a road-kill victim – but don’t let it detract from your enjoyment. 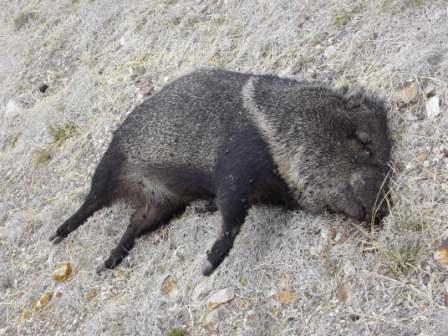 What I thought was a temporary ban on my having the cue sheets and telling the others where to go has apparently been extended into permanence. My abject showing the other day in getting us lost as soon as I was entrusted with the task has led Craig to deny me any further opportunity to flex my map-reading muscles – which I’ve pretended to be disappointed about but actually that was my whole grand strategy in the first place! I still managed to get lost alone today. I was too far ahead to hear them shouting at me when we’d taken a wrong turn, so a few minutes later we contacted each other by phone – thankfully on this occasion there was a network connection.

I get the message that they don’t like litter in Louisiana. There are signs all along the roads, as with other states, but more punitive here. In California, the warnings were of a $2,000 fine, Texans settled for a $1,000 fine, but here it’s a staggering $3,000 fine AND community service. We’ll be careful not to accidentally drop our empty Cliff Bar wrappers, as happened once in New Mexico. 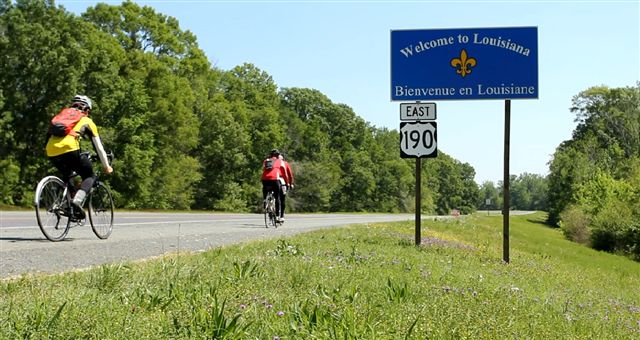 Mosquitoes – that’s the most obvious new aspect I’ve noticed in abundance here. Maybe it’s because we’re near a river, but there are shed loads of them, and I hate the little blighters. There’s obviously been lots of rain because we cycled past flooded areas with houses under water.

Anyways, as usual, I need to get some shut-eye. My record is 5 hours sleep on this trip in one night, and that was last night. Maybe I’m heading in the right direction. So goodnight from us, parked in Oberlin, Louisiana, next to a massive Casino which we are not even remotely tempted to venture inside. Over and out.