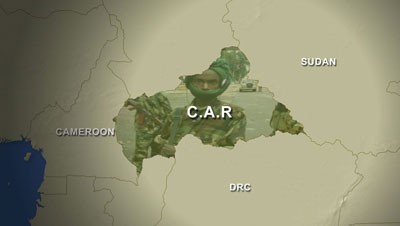 Thanks for all the prayers, and for forwarding this post to as many people as possible. A number of you are asking to be kept up-to-date, so here are my two latest emails from ‘Pierre’:

Late last night – “Many people have abandoned their homes. Brothers Peter and Eric are currently seeking refuge at the airport because of the killings being unleashed on the local population. Pastor Paulin’s fled from his home. Muslim Seleka rebels invaded our home this afternoon but God protected us. It’s night now, may the Lord guard us. Many shops owned by Christians have been pillaged and looted by Muslims. The self-defense groups – FALSELY LABELED CHRISTIAN MILITIAS* – have exacted revenge on Muslim women and children. These militia members are made up of villagers, ex-Seleka defectors and members of the national army. No religion has ever formed a group or asked help from such a group, the Christians don’t recognize any legitimacy with any of these groups. The bodies of the murdered pastor and his sons still haven’t been picked up because the Red Cross vehicles can’t get through the Pk12 district roadblock.” 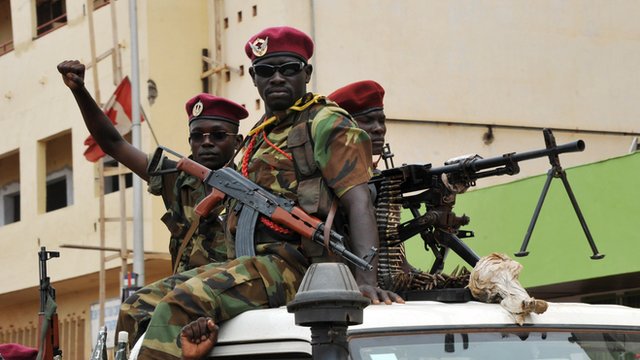 *The fact is, most of the country is at least nominally ‘Christian’ so any armed resistance against the Muslim Seleka is going to be ‘Christian’ in that sense, but how the international press has misled opinion and understanding at large with this politically-correct false characterization of the conflict! These are desperate people, initially organized together to defend themselves against rampaging Seleka. The Seleka have been decimating the country for months on end – actions that the international community has been aware of but has wanted to ignore until now – and tragically these ‘groupes d’auto défense’ are now equally misguidedly caught up in a frenzy of revenge and bloodletting. 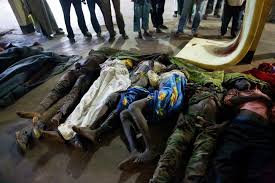 And then this Friday morning, i.e. two hours ago:

“Last night was relatively calm, only our hearts are bleeding with pain this morning. Since yesterday, the Muslims in Km5 district are armed and out in the streets killing people. It has kicked off again this morning. They are stopping people getting to the main road, a law unto themselves. The Seleka have added alcohol into the mix, and in Fouh, Pk12 and Boïeng districts it’s an indescribable carnage. We are hunkering down in our home. The French patrols and African troops have not yet restored any semblance of control. The Seleka and Muslims in general are in a frenzy, not wanting to lose power. Uncertainty remains. Thank you for praying for me, that the Lord will give me wisdom, and please also pray for our protection.”

PLEASE FORWARD THIS FAR AND WIDE! 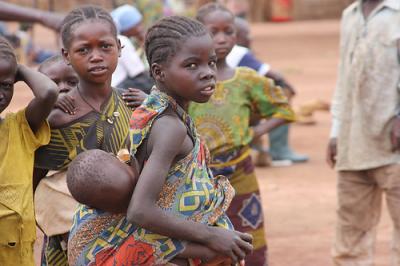