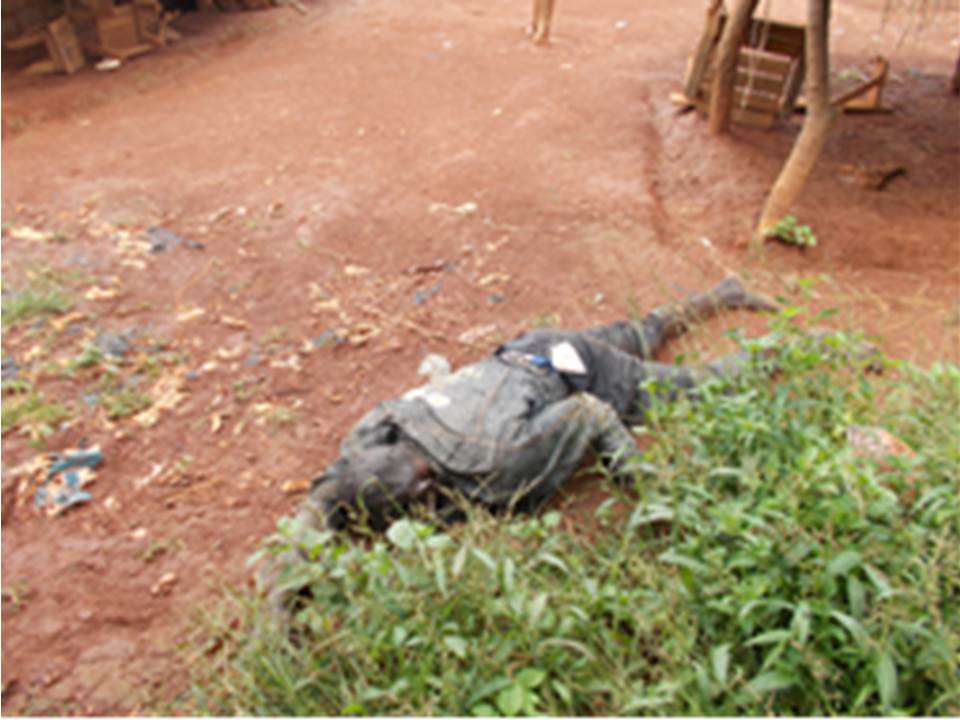 The dear brother I lived with in 1996 has just sent me this. It’s happening RIGHT NOW. The Central African Republic has been a living hell for months now. The international community are belatedly responding, but will it be too late as the CAR has seemingly become a failed state. Pierre wrote just now:

“Armed groups sowed panic today before retreating towards the end of the morning into the hills surrounding the capital, Bangui, leaving behind the population abandoned to themselves. As always, reprisals have followed. All the Muslims from Km5 (a district) came out with their weapons. They set fire to non-Muslim businesses. My son Mac had his store burned along with all his products. Word has come to me that the Seleka (Muslim rebels) are going from house to house looking for men, destroying property, bashing down doors and killing. The Elim pastor from PK12 district has been killed along with his grandchildren. Some folks have come to us to seek refuge. Please pray as we don’t know how things are going to turn out tonight. We’re talking of 63 dead and 65 wounded today. Thanks for your prayers.”

It is mind-blowing how the international press have reported on this crisis. For months Muslim Seleka rebels have been killing Christians, raping discriminately, looting and burning houses equally discriminately. I have plenty of documentary evidence and photos. The photo above was taken by my friend Pierre – but until recently the press chose not to refer to the religious aspect of the conflict. Why oh why this politically-correct avoidance of critiquing abuses perpetrated my misguided Muslims? And then the BBC chose yesterday to highlight an attach of reactionary Christian militia on innocent Muslims. That event took place and is desperately grim, and I grieve as much for innocent Muslims or Christians, they are all precious in God’s sight. But there are constant attacks on Christians – there have been daily ones for months – and these don’t merit mention. Tens of thousands of folks have been living/dying in the forest week after week without any access to water, medecine, shelter. Aargh! God help them! Please pray.