I’ve just returned to Burundi from Kenya where I had the chance to attend a gathering of influential businessmen/politicians/social entrepreneurs to discuss and encourage one another as we seek to be agents of transformation in our respective nations. It was a deeply impacting time. I just want to share some of the mind-blowing story of one man at the gathering, former Prime Minister of Ethiopia, Tamirat Layne:

Tamirat was one of five leaders who banded together under Mengistu’s military dictatorship to form a clandestine movement with the aim of regime change. He was a committed communist, and yet now says he applied so many of Jesus’ principles in discipleship to raise up a zealous ideological movement in his nation. Within just two years, so they established cells throughout the whole of Ethiopia (think about that, and the potential of truly committed disciples with a vision and a message). They then fled to the mountains and built up a rebel army of 150,000 people, including his wife. He said he wrote small group discussion materials, and they studied in cell groups 52 volumes of Karl Marx’s writings (c.500pages each), over 40 volumes of Lenin’s writing, Mao’s etc. It makes all the small groups I’ve ever been involved in look decidedly lightweight! They lived together and incarnated the values they shared. Very challenging… 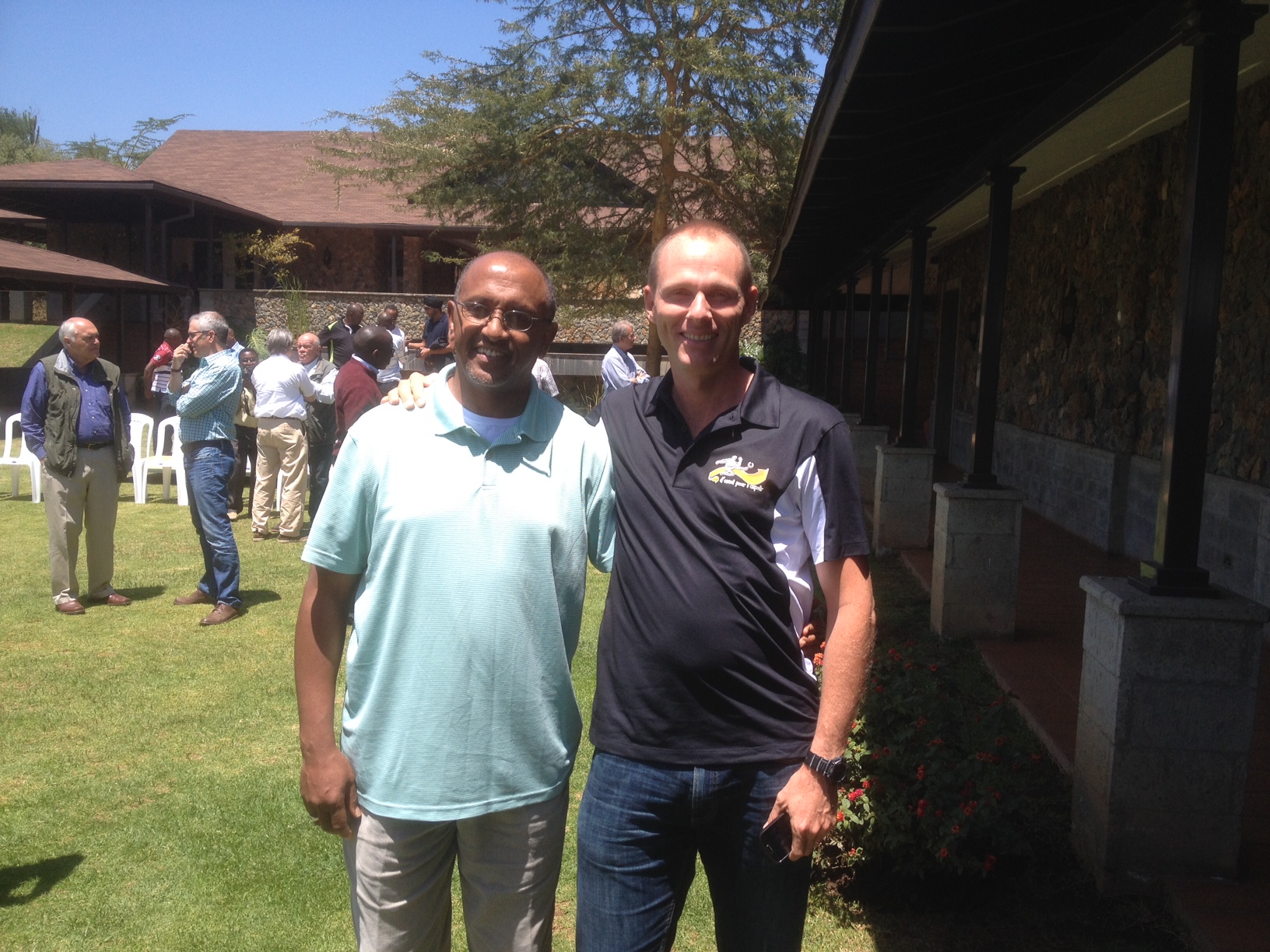 So they overthrew Mengistu, and Tamirat became Prime Minister, with his best mate as President. Tamirat had been studying economic theory and was growing slightly skeptical of socialism. Then after two years of rolling out socialist policies, he could see they simply weren’t working, so he raised his concerns, not kwowing how horrific the consequences would be for him.

He was quickly had up on trumped-up charges of embezzlement and sent to prison, without even the chance to see his wife and two children. They fled as refugees to Kenya and lost almost everything. His prison was a single tiny cell, where he spent six months alone in total darkness. He tried to commit suicide but his attempts failed. After six months, they switched the light on and allowed him books. He spent the next five years reading up on every philosoply and religion in the world. (I’m condensing this significantly).

On one occasion, he was sick and so spent 21 days in hospital. A nurse surrepticiously put a piece of paper in his shirt pocket as she treated him, and he read it. It was part of a tract. He returned to his cell and got on his knees, desperate for revelation. The only other times he’d ever been on his knees were as a soldier shooting at the enemy, but now he was praying. He spent the day calling out for Jesus, and suddenly whilst awake a huge light came, and Jesus was there. He gave Tamirat three promises: you will be set free, I will take care of your family, and there is always hope. It happened three nights in a row, and then stopped. He was able to get hold of a Bible, and spent the next seven years still in solitary confined, BUT, astoundingly, he said the next seven years with Jesus in his cell were the best years of his life!

He wondered what his communist wife – wherever she was, if she was still alive – would think of him. Beautifully, supernaturally, almost unbelievably, she was converted on the very same day in a refugee camp several hundred miles away in Kenya, and was wondering herself what her husband would think of her!

We discussed how those seven years he had were just with Jesus. There were no church, no pastor, no sermons and no Christianity to complicate his relationship with Jesus (I want to explore more on this – how institutional Christianity messes up ‘Just Jesus’ – a book we were all given there).

He was challenged to forgive his former best buddy, the President. He had plotted for five years with hatred in his heart to do anything to kill him if he were ever released. He said that unforgiveness is like a poison you drink waiting for the other person to die. He knew he had to forgive. He quoted Mark Twain’s words: “Forgiveness is the fragrance that the violet sheds on the heel that has crushed it.”And so the time came for the three promises to be fulfilled. Sentenced to eighteen years, he was released after twelve. He was gloriously reunited with his family whom the Lord had intervened for and taken care of. And he was indeed full of hope.

On the first day of his release, he rang up the President’s office to ask for an appointment to see him. It was granted. He embraced his old best friend who had royally shafted him twelve years earlier. He told the President he didn’t want anything from him, no reparation, no political favours, not a job – he just came to say ‘I forgive you’ and even to ask for forgiveness. What? Why? He wanted forgiveness for the five years of murderous thoughts he’d entertained against the President. He shared his story, told him about Jesus, and then left, feeling the greatest sense of freedom ever.

There was much more, but I’ll leave it there. No commentary needed from me. Wow!!! Any thoughts from you?