We were up at 6am for a great breakfast prepared by Chris. My neck’s sore from fighting Ron in the pool yesterday, so maybe I didn’t get the better of him as I’d thought. As we ate, Brian talked about Northerners coming down and taking some of his business with obscenely low contract bids. He’s an airport runways contractor. Ron said: “Well, they must be cleverer than us to be able to do things so cheaply.” Brian replied: “We know those damn Yankies are cleverer than us because they keep telling us they are!” There’s undeniably a huge amount of condescension that I’ve observed by Northerners in general towards Southerners, the former considering themselves more enlightened and sophisticated compared to the latter whom they characterize as backward and quaint.

As with England, there’s a North-South divide as well, although here of course it arises historically out of a huge amount of bloodshed. 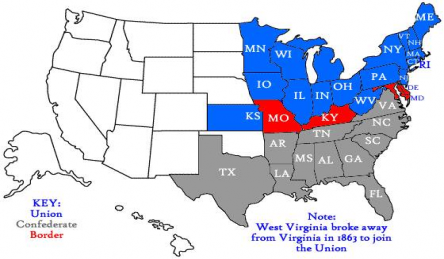 It just so happens that last night I read on the BBC’s website about new estimates of numbers who died during the American Civil War (1861-65). About 750,000 people are reckoned to have died in those years, which would translate into about 7.5 million US deaths in proportion to America’s current population. In proportion to Britain’s 2010 population of 62.3 million, it would equate to about 1.5 million people. So it was a deeply traumatic time in this nation’s history, and it’s a victory in a sense that people aren’t killing each other any more, just making jokes about each other. 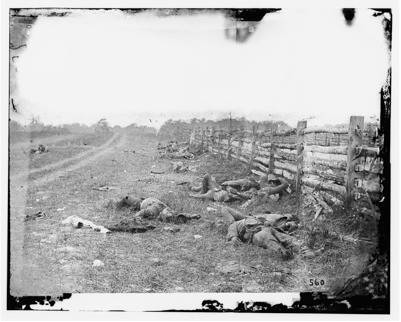 I’ve witnessed plenty of prejudice both ways in my encounters over here, but one thing I can say from our experiences over this month is that we’ve been undeniably blessed as recipients of the famous ‘Southern hospitality’. Our hosts everywhere have really known how to treat guests well.

So off we headed. Craig met us back at the RV, having had his third cheeky night in a row away from the team spent with his belle. They had been stopped by the police in their car this morning before the rising of the sun, no doubt because they looked like guilty students returning to campus after some elicit nookie – or maybe it was his latex cycling mankini that drew the policemen’s attention. At any rate, the policemen seemed satisfied by Craig’s crazy explanation that he was cycling across the US in thirty days with a bunch of other guys but had just been off for a night with his family – not sure I would have believed him.

We began cycling, not knowing how far we’d go today. There was a festive atmosphere as we are nearing the end of this mammoth ride. I think our tires are sensing the imminent ending too, because mine gave up the ghost yesterday and Jeff’s did today. We actually had six punctures between us, which obviously took a fair bit of time to fix in total. Jeremy had one puncture which could have ended badly as his tire connected with a Matchbox dinky toy, the tire popped, he lost some control on what was a very busy road, but managed to pull off away from the traffic after initially heading towards them.

We spent mile after mile on Highway 84, which was dead flat for the most part. Sometimes there was only an eighteen inch cycling lane, with the occasional twig or road kill rending the ride all the more dangerous as big trucks steamed past us. We saw signs for Augusta, where the Golf Masters kicked off today, which is one of Georgia’s main claims to fame. By the time we hit the 80mile mark, we needed to leave Highway 84, and follow Google Maps to the next road. But after a few miles, we realized that Google Maps are no good for us, because they led us to a sandy path that our bikes simply couldn’t handle, so we had to backtrack five miles. Then some more punctures followed, so we lost our speedy momentum and took a lunch break.

Last night we read of Levi Leipheimer, the USA’s top cyclist, training in Spain this week and getting smashed into by a car. He was in the cycling lane minding his own business on a four lane road, and an old driver careered into him at 80km/h. Levi’s obviously now out of action, but thought he would die, so is grateful to still be alive. As we cycled further throughout the afternoon, the roads became busier and busier, and frankly more and more dangerous. You know things are serious when the odd obnoxious driver swerves towards you to make a point that you shouldn’t be there. We had a few close shaves in the mix. I was thinking about what happened to Leipheimer and feeling a heavy sense of responsibility, imagining how hideous it would be if anything happened to one of us, and all the more knowing that they wouldn’t have been here if it’s wasn’t for me.

By this stage we’d gone past a hundred miles, and our Florida friends had more than a five-hour drive back to Orlando, so we said goodbye to them and they headed off home. It was great to have them with us for the last three days. Brannon particularly left his mark with his staggeringly regular trips to the bathroom, which he assured us was business as usual.

We were nearing Savannah, and knowing that tomorrow’s weather is not looking good, and the roads we are using are not the most safe on this last leg to Charleston, we wanted to get through as many miles today as possible. So we ploughed on for what ended up being 130miles in total. We had originally intended to find an RV park, but had contacted an old friend whom I’d met in dramatic fashion last year, and at just forty five minutes’ notice she’d invited us to her place in Bluffton. How I first met her is worth retelling: 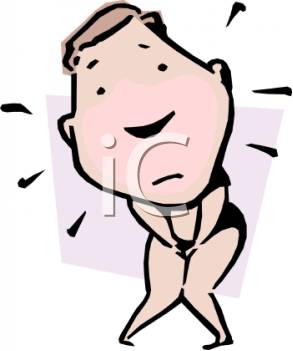 Last June, I’d driven down from Charleston to Bluffton to give a few talks over the weekend. On the Saturday night, I spoke to a youth group, after which I was dropped off at this beautiful house where I would be staying. The owner was out of town, but the annex was open, so I should make myself at home. I’m an extreme extrovert, so I remember feeling disappointed that I’d not have anyone to be with all evening. I always prefer to stay with a family than in a hotel, as I love meeting new people. There was a swimming pool at the back, and I didn’t have a swimming costume with me so just jumped in naked. On my 22nd length, I looked up to see a very shocked lady walking towards me and asking who on earth I was!!! In the Bluff, in the buff! So I bared my all, body (and later soul), and our friendship went deep very quickly throughout the rest of the evening! So this is my second evening with Joanie, and I promise you I had clothes on all the way! We’ve just had a lovely supper with her, Cheryl and Kim, and now it’s time for bed. I may grab a swim tomorrow before we head off, but I again I promise to wear more than just my birthday suit! Time for bed, goodnight!