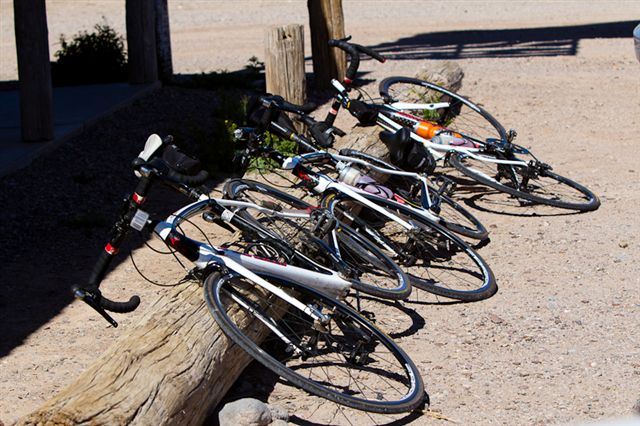 Disclaimer: something in this blog isn’t true – I’m just trying to keep you on your toes, and may do it over the next few days, we’ll see – but I wonder if you’ll be able to work out which bit. I love the , it’s a great country, and there are some crazy bits to it which are worth sharing. Get back to me if you think you can spot it. Thanks by the way for all those who are writing in. It’s a huge encouragement at the end of the day to read messages from well-wishers around the world.

So, what happened today? I was dreading it after yesterday’s hard slog in the sun, although thankfully the headache had gone. And actually it turned out to be our easiest day so far, finishing early at 5pm after 108miles because we had a long way to drive back to for an evening engagement.

We got off to an early start to maximize the coolness, so were on the road shortly after sunrise. , by the way, is a university town, population 80,000, 2nd biggest city in after , and NM is the second poorest state after . Judging by the signs, and actually as we were told last night, there is a big drink driving problem (every once in a while we came across flowers and a crucifix where someone had died, frequently with a sign above it warning of the dangers), and lots of restaurants have signs outside saying ‘No Guns Allowed Inside.’

The road was kind to us, gently sloping, with a nice tailwind as well, so my knees were able to take it easier. It was one of those ghastly dogs yesterday that made me push hard on the pedals to avoid a munching that strained and reversed the progress I thought they’d made – very annoying. We drove past a town called ‘Truth or Consequences’ (check it out on Google), named after a game-show in the 1950s that agreed to give the town advertising on the show if they agreed to the name – hmm…

We were very near the Mexican border, and so there were lots of Border Control police trucks speeding past at various intervals to prevent illegal immigrants entering from across the way. There were an uncanny number of squished skunks – I counted five within a few miles – and they’re obviously not the most talented animals at crossing roads, but apparently they have been bred by the US Border Agency as a deterrent to Mexicans on this stretch as they often emit their pungent odours when detecting fear, which apparently they are extremely sensitive to in humans who are seeking to evade the authorities (check it out on Google). Well, they certainly smell once they’ve been dead a few days, I can vouchsafe for that. 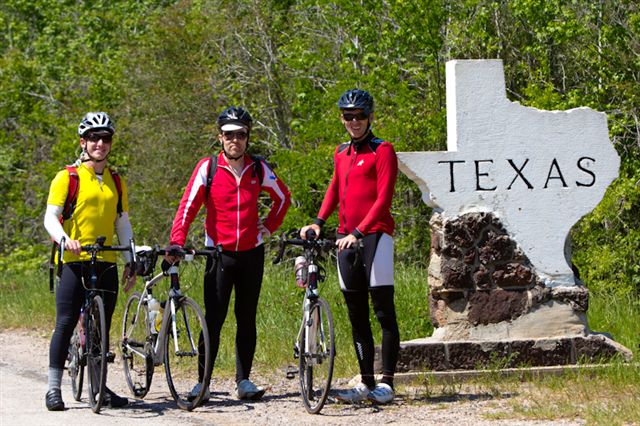 And then it was goodbye , hello . We’re now into our fourth state, which is so vast it should be a country in itself, and will take us months, nay years, to slog our way across. There were loads of pecan trees which made me reminisce about a time I was visiting , about a decade ago. I was being initiated into the breakfast pancake scene, and this lady said: “Do you want budder’pkahn on that? I asked what on earth budder’ pkahn was. “You’re telling me you don’t know what budder’pkahn is?” she asked incredulously. Those around the table were equally staggered at my sheltered upbringing. Eventually we established it was butter pecan – a good memory for a private chuckle as row upon row of pecan trees passed me by. Actually, Ron Banks (who is joining us for the last week of our trip through , and ) and I had a similar conversation on a St Andrew’s men’s hike in the mountains of . He shared some trail mix with me and I said: “Hmm, nice, has that got (phonetically) ‘bnahhna’ in it?” He didn’t get me: “What did you say?” “Has that got ‘bnahhna’ in it?” “Say what?” “You know, ‘bnahhna’. “I don’t understand” And then I said it the American way: “BuNANA!” How we laughed! Yes, we English and Americans are two nations divided by a common language. And this trip is fun on that level because you’ve got Craig and I and Geoff (who is still convalescing in and hopefully rejoining us in a week or so) from , and Jeff and John (driver/support) and David (video) from the States.

Back to the ride: we averaged a healthy 15.2mph, and making such quick progress did a world of good for morale. David headed off to the airport to fly back home for 10 days to earn some money for a change rather than just serving us here pro bono. He’s been a massive asset and bailed us out a couple of times when we would have been stuffed otherwise (the time Geoff had to go to hospital, and up in the mountains when the RV needed fixing because of the broken sewage pipe).

Almost all of my cycling gear is old clothing donated by cycling buddies, and one of the tops has ‘US Army’ emblazoned across it. I was wearing it as we went through the Border Control roadblock, and whilst others were being stopped and questioned, the official waved us through. Was it because of the top? Well, if so, good job he didn’t stop to hear my atrocious attempts at a accent, which may start reasonably in Southern drawl for a few words but quickly morphs into a bastardized Punjabi/Welsh twang!

OK, I’ve clearly had too much sun again, hence the quirky post. I’m in the back of the RV at the moment being buffeted around as we head back into (75% of the population here speak Spanish). Craig was sat with me but he’s left because John is enjoying the bouncy roads and Craig literally just hit the lowered cupboard ceiling above us and bashed his head. I’m glad my laptop didn’t smash. But we can’t be too cross with John, because he’s a hilarious bloke, a great team player, and it’s his 26th birthday, so hopefully we can do something memorable for him tonight. That’s all folks. Another day, another mini-victory. As the proverb says: “Buhoro buhoro, ni rwo rugendo.” Slowly, slowly, we’ll get there. 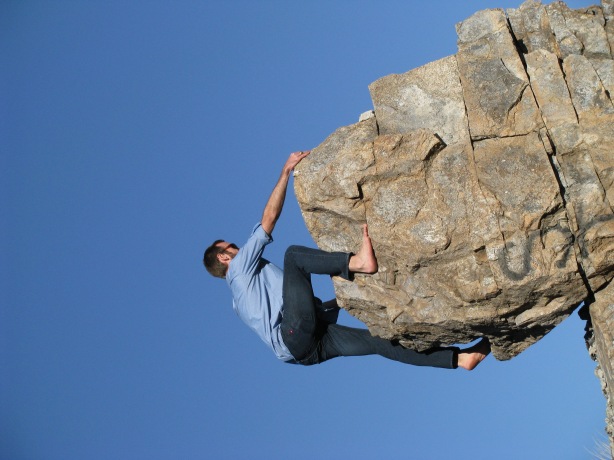