Well here’s an update on Freddy, about whom I’ve written in the past. It was before this blog existed, so I’ll include his story as written up on 20th February 2011, and then you’ll hear the very encouraging latest. Scroll down if you just want his latest, but the following is definitely worth a read. Here goes:

“When Alli first saw him, Freddy didn’t have a face. 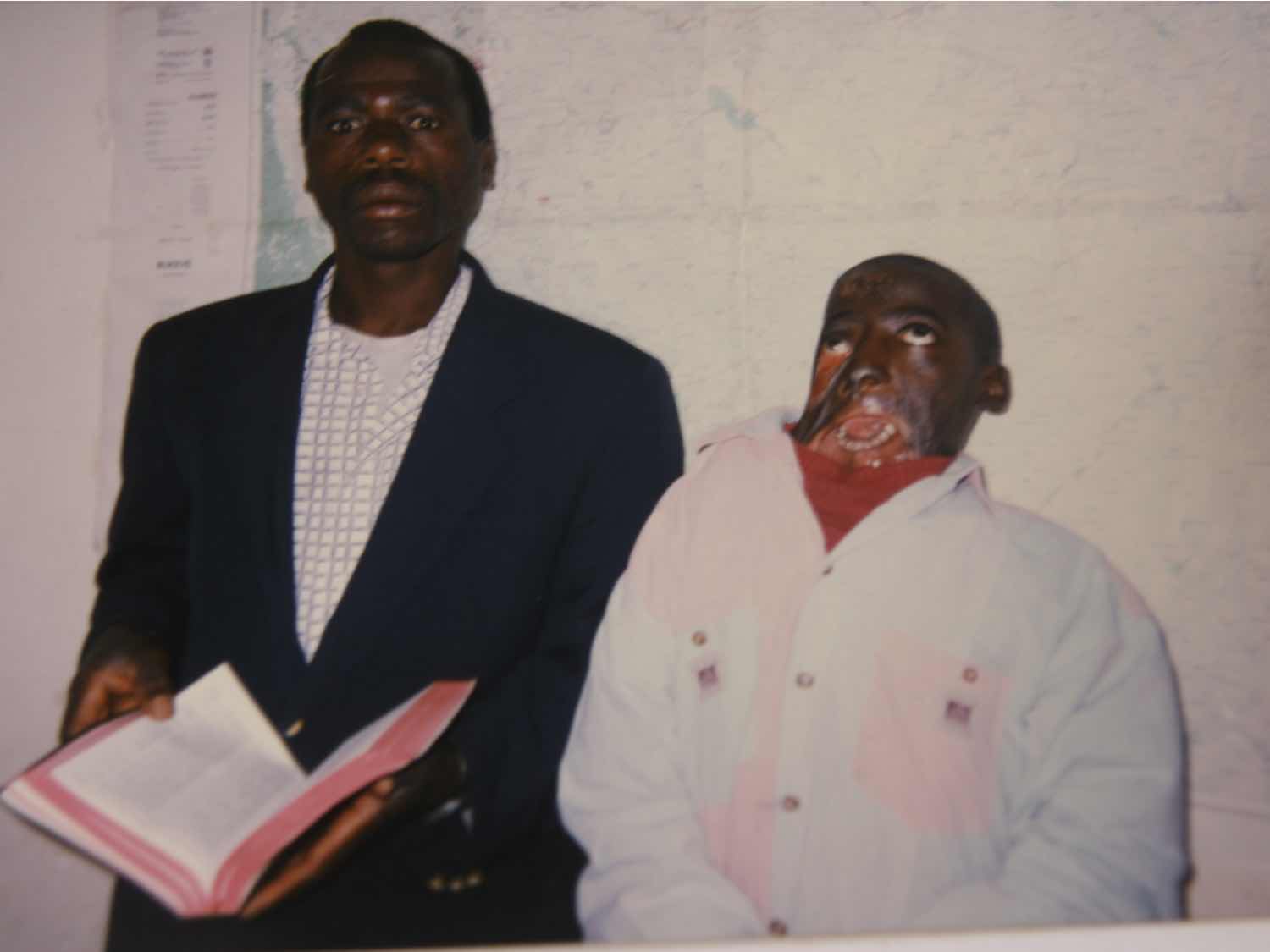 There can be so much in a name. Alli, from Canada, one of my favorite people on the planet, is one of a handful of missionaries who has been here through thick and thin, during those dark war years. Very few of us white people living in Burundi are so loved and integrated that we are given a Kirundi name. It’s a badge of acceptance. She is one of those few. Burundians don’t know her as Alli. Her real name is Mbabazi, which means ‘Mercy’. (Incidentally mine is ‘Ntakigenda’, which means ‘Nothing works’!)

One day Mbabazi stopped at the side of the road, maybe for too long. Freddy came and invaded her space with his face. Beneath the shroud and behind the clawed stump which vainly sought to mask his melted features, was a precious little boy, horrifically scarred and scared. His melted face melted her tender heart. Mbabazi had mercy – she had to, because that is who she is.

Saving face is so important. In many cultures, people will do anything – absolutely anything – to save face. But this was different. This wasn’t just a bruised ego, it was a battered broken body. And Freddy was dirt poor, without any means whatsoever to dream of plastic surgery. In any case, could his face really be saved, restored to a level where he could re-emerge from his shell with a renewed sense of acceptance and value? Mbabazi was determined to find out. She tracked down a Russian surgeon who agreed to give it a go in neighboring Rwanda.

It took five long months of painful and painstaking work on Freddy’s upper body. I remember Mbabazi’s many time-consuming weekend drives up to Rwanda from Burundi to check on his progress and pray for him. They did as much as they could and as much as his body could take. The result was a massive improvement although he was still far from pleasing to the eye.

In the process, he came to vibrant faith in Jesus Christ. In a much deeper way, Jesus had taken his scars and his pain. Jesus had become an outcast, had faced rejection and been mocked. Jesus understood. And now so did Freddy. He realized he was actually fearfully and wonderfully made. His scarred image bore the beautifully deep trademark of his Creator. His new life began.

So on the way up to Busiga, we stopped off to see Freddy in Kayanza. I sat with him and listened to more of his story. It’s so redemptive. He’s actually done exceptionally well at school. He’s genuinely intelligent. He speaks three languages. And he believes he’s got what it takes to be who God has called him to be. He’s got dreams he wants to live out. We’re meeting up because the surgeons said he’d need further work done on his face a decade later. That time has come. He still suffers constant pain in the area around his jaw, but his indomitable spirit is simply inspiring. He’s just a schoolboy from a poor family, so of course cannot possibly afford the $5k+ for surgery and needs sponsorship. But God will provide. If you want, He can provide through you. 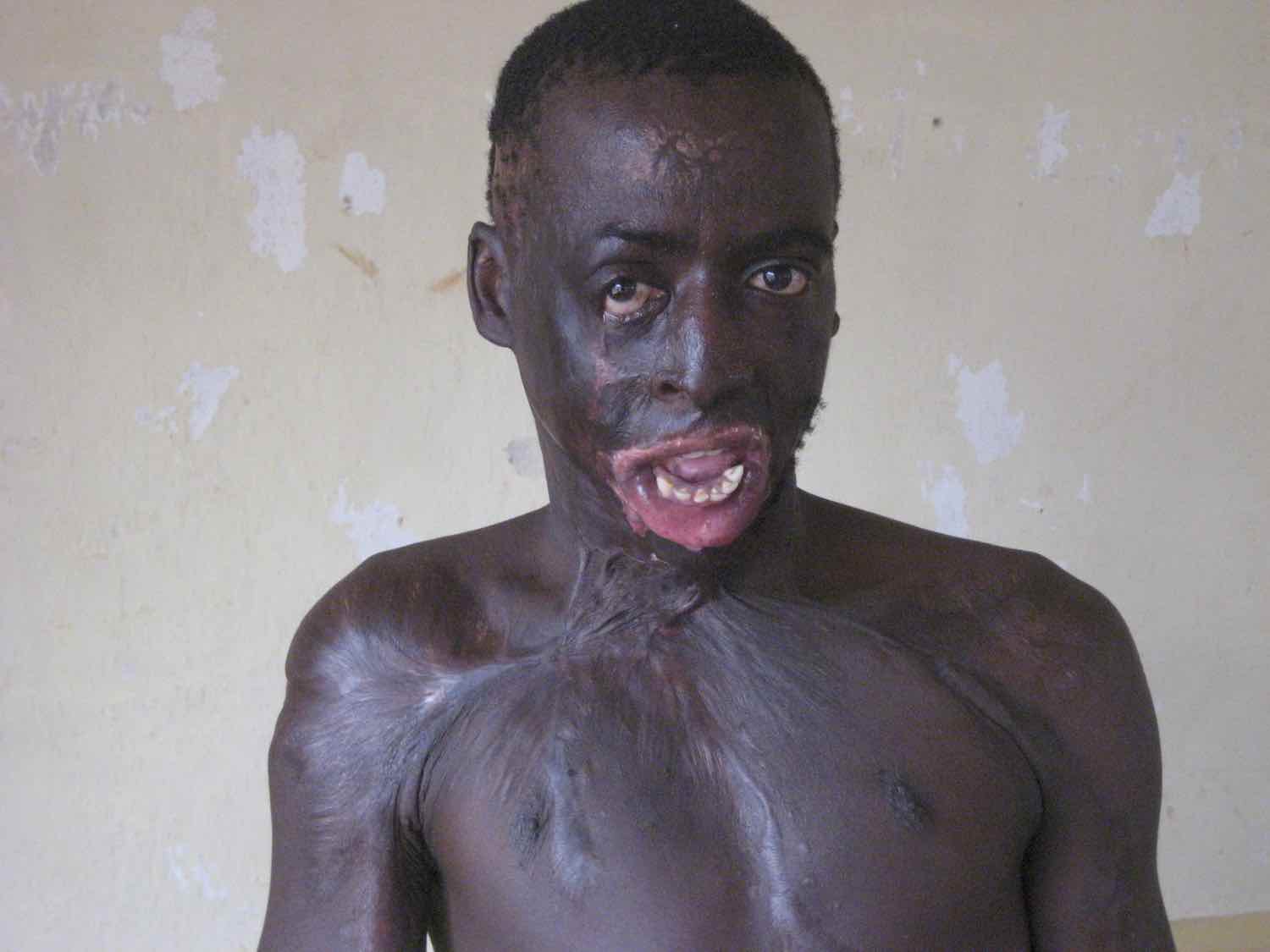 It’s been a memorable day. Be they primitive pygmies, or wealthy Westerners, my profound realization is that we all want to save face. Yet few of us realize that God’s already done it for us, so that we can take off the shroud, drop the mask, and reveal the real us, with all our scars and disfigurement. And He will touch us and restore us, however long it takes, because we are His precious image bearers.”

That was what I wrote in February 2011. Later that year, in September, we posted this update video after he’d endured a 12-hour operation to do further reconstructive work. Click here

And now what’s going on with him? He’s in his second year studying nursing. He’s top of the class. As you can see from the latest photo, he looks a whole lot better. His hand gives him limited pain, but he’s full of joy and gives thanks to God for the opportunities he now has to study and flourish. He’s an inspiration to me and we’ll go on supporting him, knowing he’ll continue to inspire others! 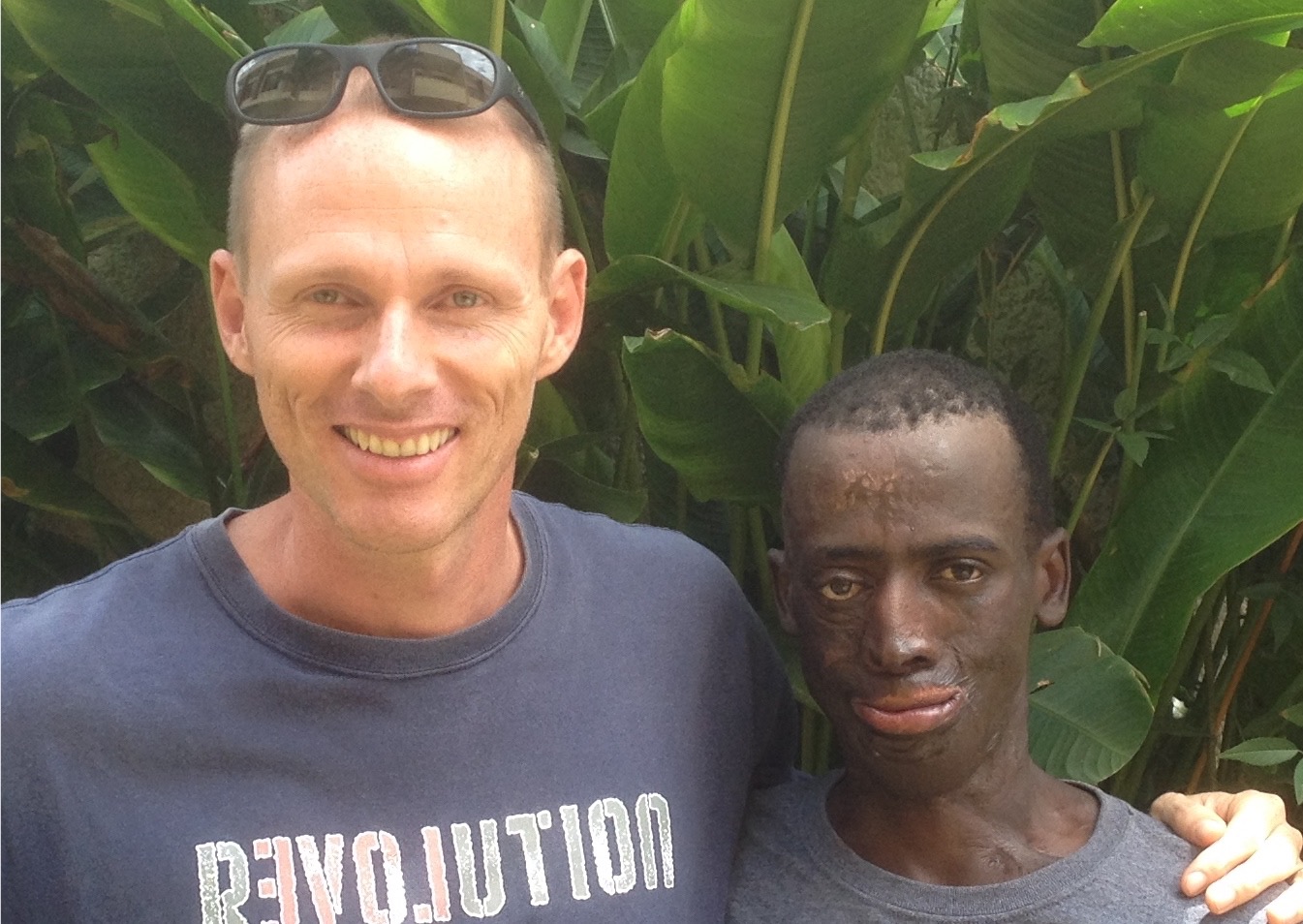