Last weekend I hired out some prostitutes for the first time in my life – two young ladies for the whole night.

Because I’m a preacher and didn’t want people to know what I was doing, I asked a trusted friend, Cossette, to hire these women and bring them to a hotel where I would join them. I also didn’t want an absurdly inflated price because of being white, so she could hopefully negotiate ahead of time a more reasonable fare. Neither of us really knew how these things worked, and we were both a little nervous. What on earth is the going rate? Would anyone spot us? 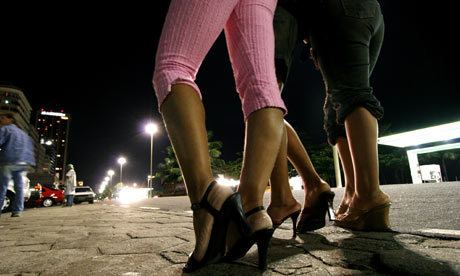 If I were exposed, caught with them, then my whole credibility and reputation would be destroyed in this country where I’ve invested sixteen years…

Cossette and I had our plan lined up. She met them in Bwiza, a few miles away, and brought them over by taxi to our part of town, Kinindo – as far as I know, prostitutes don’t operate in our more respectable suburb. She called me when they had arrived and checked in at the hotel nearby, and after reading bedtime stories and putting the kids to bed I went down to meet them.

I joined them at the table in the restaurant. They were fashionably dressed and wore lots of make-up. One was on the skinny side, the other more chunky, both pretty. They were definitely nervous but were trying hard to look relaxed. Divine and Arlette, 21 and 22-years-old respectively.

Their mechanical smiles broke my heart. I sat down and introduced myself. I told them how I wanted them to have the night off. They could order whatever they wanted, enjoy a hot shower, and then have a night of deep rest. The only rule was not to solicit any of the hotel guests. I would be back in the morning to pay them, and after breakfast together, they could go.

I lay in bed that night next to Lizzie and couldn’t stop thinking about Divine and Arlette, and of the thousands of women within a few miles of us in the capital who right at that moment would be enduring some random customer having sex with them. I hate the sex trade with a passion, in no small part because I have a mother, a sister, a wife, a daughter, and each one of them would probably have ended up doing the same thing had they been dealt the same hand in life as Divine and Arlette, and countless others. 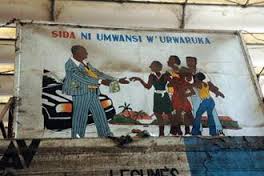 So morning came and we met over breakfast. I’d kept the previous night’s conversation short because they would obviously have found it totally weird and been full of distrust. But at least now their guards were somewhat down. I didn’t want to probe too much, and told them they didn’t have to answer any of my questions if they didn’t want to. I said I thought that as little girls they didn’t dream that one day they’d grow up to be prostitutes. Sometimes terrible things happen in life, and you’re forced into difficult choices. But maybe things could change – if they wanted to.

They’re both orphans. They have no elder family members to look out for them. Divine’s Mum died shortly after giving birth, and it was when her Dad died in 2012 that she was forced into prostitution to pay the bills. Arlette has six siblings to support, and likewise has been in the sex trade for the last three years. Selling their body is the only way they can survive, and it pays for them to study.

I asked them what their dreams were.* They said they wanted to run a small business, or maybe go into marketing. I told them we had prayed that God would lead Cossette to the right ladies to help. Of the thousand of prostitutes out there, she’d come across the two of them. Maybe it was a coincidence, or maybe God was in it. I imagined out loud how, if they made good choices from hereon in, that in ten years – who knows – they could be running a healthy business at the market, happily married with a few kids. Divine’s eyes lit up at the thought. Dared she believe…?

Cossette is a young grandmother who has been through a lot herself. She now took over from me and gently, lovingly but firmly counseled them. They were totally receptive. We held hands as a foursome and invited Jesus in to help them make a fresh start.

So it was over to them.

A few minutes later, Lizzie arrived in the car. Eight of us bundled in together – Lizzie sat in the middle of the back seat with Divine and Arlette on either side, all three with one of our children on their knees – not a scene that they would have expected the night before! We dropped them off back in Bwiza on our way to church. I told them to make a plan and come back during the week.

Early Monday morning, Divine rang. Can we come and see you? Sure, see you this afternoon.

They had a skip in their stride when we met later that day. We talked more, and agreed that they should finish this academic year before starting a business. We made a budget to establish what they needed to keep out of trouble. Divine burst out: “No way Simon, there’s no going back, now I have hope!”

This coming Sunday, Cossette is taking them to church and connecting them with a life group. They’re seemingly keen to grow in faith and join a community. It’s just the very beginning of a new chapter for them. No doubt there will be plenty of lows in the mix, but here’s praying they make a go of it. 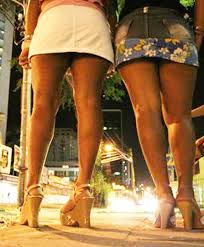 Any comments/advice/thoughts? I don’t want this to be a stunt. I have dreams of them becoming the inspiration for others if we did this in the coming years on a more consistent basis – the pioneers with a story to show other girls that it is possible to start afresh, that they are not forgotten, unloved, or abandoned. Anyone want to help get behind them and others like them? Do contact me. Do share this with others. I’m keen to set up a fund for them. Let’s do it!

*I also shared my favorite Jesus encounter from the Bible with them. I’ve posted it on my last blog if you want to read it here, as expounded by Kyle Idleman in his book ‘Not a Fan’. It’s truly beautiful and worth the time:
A PROSTITUTE’S BEAUTIFUL INTIMACY…