Until you know that life is war, you cannot know what prayer is for…

Here’s a sermon you can listen to here from a few Sundays ago in St Mary’s Maidenhead’s series on Spiritual Warfare. My text was Ephesians 6:18-20. Some meaty quotes from the talk include: 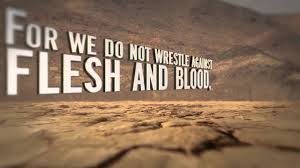 “Probably the number one reason why prayer malfunctions in the hands of believers is that we try to turn a wartime walkie-talkie into a domestic intercom. Until you know that life is war, you cannot know what prayer is for… But what have millions of Christians done? We have stopped believing that we are in a war. No urgency, no watching, no vigilance. No strategic planning. Just easy peace and prosperity. And what did we do with the walkie-talkie? We tried to rig it up as an intercom in our houses – not to call in fire power for conflict with a mortal enemy, but to ask for more comforts in the den.” (John Piper)

“We are at war, and the bloody battle is over our hearts. I am astounded how few Christians see this, how little they protect their hearts. We act as though we live in a sleepy little town during peacetime. We don’t. We live in the spiritual equivalent of Bosnia or Beirut. Act like it. Watch over your heart. Don’t let just anything in; don’t let it go just anywhere. What’s this going to do to my heart? is a question that I ask in every situation.” (John Eldredge)

“Most people show by their priorities and casual approaches to spiritual things that they believe we’re in peace, not in wartime… In wartime we’re on the alert. We’re armed. We’re vigilant. In wartime we spend money differently, because there are more strategic ways to maximise our resources. The war effort touches everybody. We all cut back. The luxury liner becomes a troop carrier… Who considers that the casualties of this war don’t merely lose an arm or an eye or an earthly life, but lose everything, even their own soul, and face an eternal separation from Christ?” (John Piper) 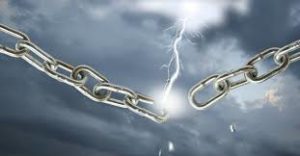