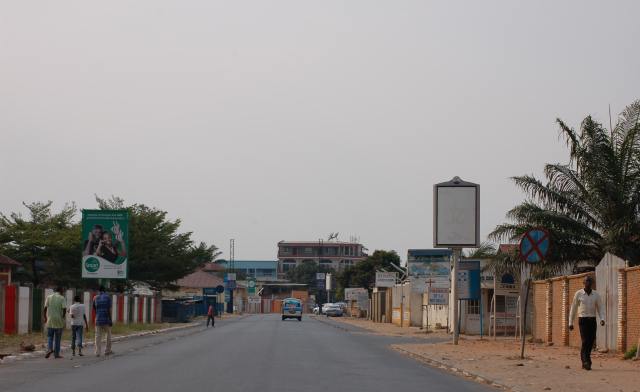 This downtown street would normlly be bustling with activity

I continue to refrain from expressing a political opinion in this blog, simply relating undisputed facts as they have developed. I love Burundi so much, have dedicated my life to this country, and I’m aching inside at what is happening here. I’ve been at my desk writing emails, or in the shower, and suddenly tears have started flowing as I grieve the enormity of what is taking place in this precious nation and the hundreds of thousands of lives being shattered by events as they develop. 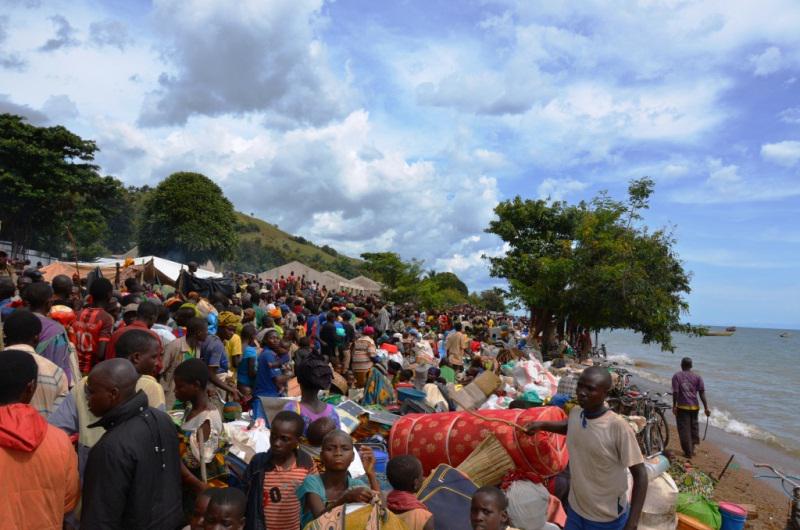 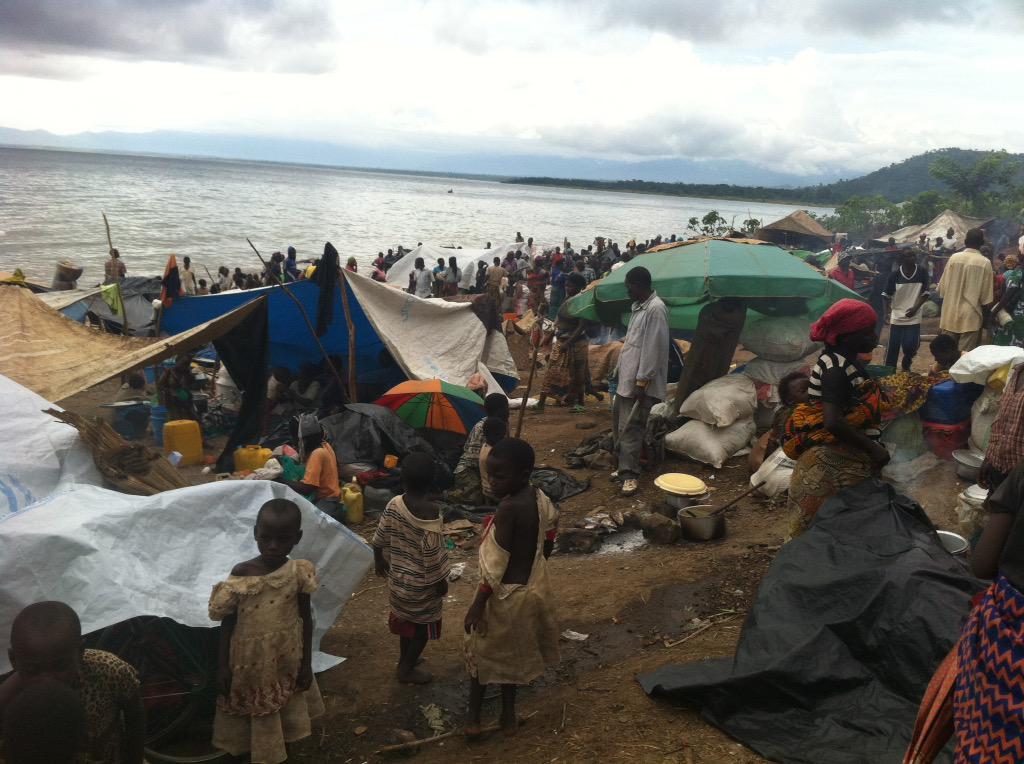 The refugee situation is getting worse by the day, and now there is a cholera outbreak

I’m now sleeping at a different location. A family is living in my house, and they have told me with tears in their eyes that our house becoming available was an answer to desperate cries to God of apparent abandonment, so I’m glad to help them in that way. The reason I wanted to move was that I didn’t have internet access at home (on purpose – our marriage is much the better for a clear separation of work and home life!) – and was working late each night and then walking back in the dark, which simply wasn’t a good idea with the lawlessness of the situation. Unpleasant people could easily work out my regular movements and wait for me as a soft target on the way home. The other night, I walked home in the pitch darkness, shooting going on in the distance. I came round the bend to my street, tentatively making my way on the uneven ground, not a soul in sight, but my heart thumping in my chest. Suddenly, unseen by me, right next to me, a man said ‘Bonsoir!’ I jumped out of my skin in fright – it was the biggest shock I’ve had in a while!

So I’m now with a few friends in a house with internet access and barbed wiring and security guards, and we think we’re the only people on the whole street still living there – which makes it sound more dangerous than it is. Honestly, I feel no fear at all for my safety, and am just being sensible so I get fewer earbashings from well-meaning folks like some of you! Many from afar have advised me to leave but that is simply not an option to me. You vote with your feet at times like this, and as my family’s safely gone, and white people aren’t targeted in any way, how could I leave my precious colleagues and friends in their hour of deepest need? The fact is, I’m due to leave for my summer speaking tour around the UK in a few weeks anyway, and in the meantime, I have a crucial contribution to make alongside brilliant brothers and sisters of faith who are not taking this situation lying down.

We are pressing on with our radio and TV work. I am writing this from the studio as we record another four programs today. Tomorrow and Friday we have invited all the influential youth leaders of the capital to a gathering to discuss, pray, and listen to talks on how to best impact our nation for peace in the coming days. As key community and school leaders, they will return to their respective areas and foment messages of peace-building, righteousness and reconciliation. Next week we are inviting church leaders for a similar initiative. Burundi is such a ‘religious’ nation that they carry huge potential influence. It’s all truly crucial and strategic work.

I’ve been solicited for multiple interviews with the BBC, Al Jazeera, Sky News and smaller news outlets. I’ve sought to maintain neutrality in those as well. The other night, it was baking hot and humid, and I was waiting for an interview with Sky News. When they rang on Skype, I thought it was going to be an audio interview, so I was topless. Suffice to say, I’ll not make that mistake again!

So, here is a factual recounting of some of what’s happened for the last two days, without making any politicized pronouncement: 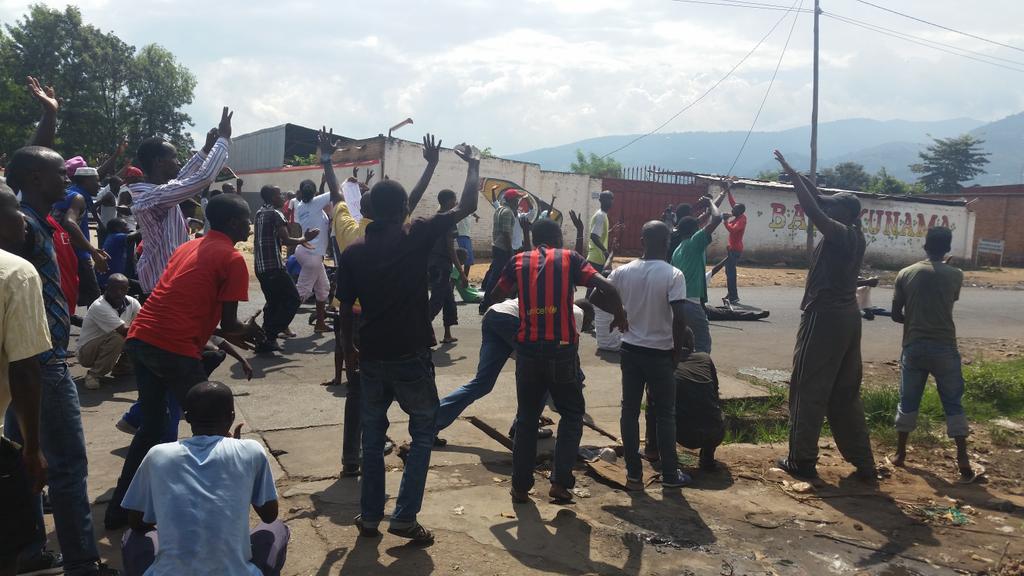 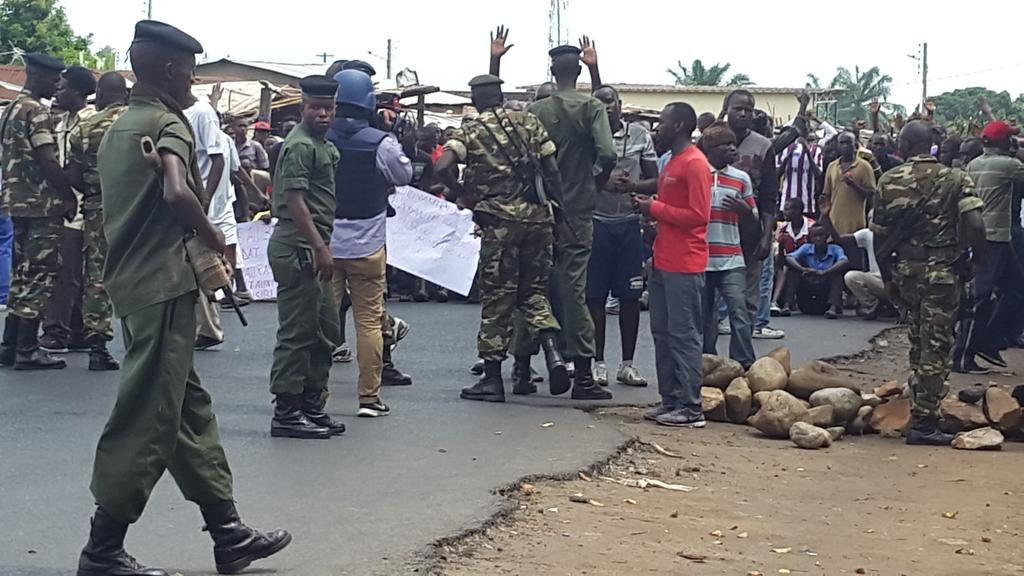 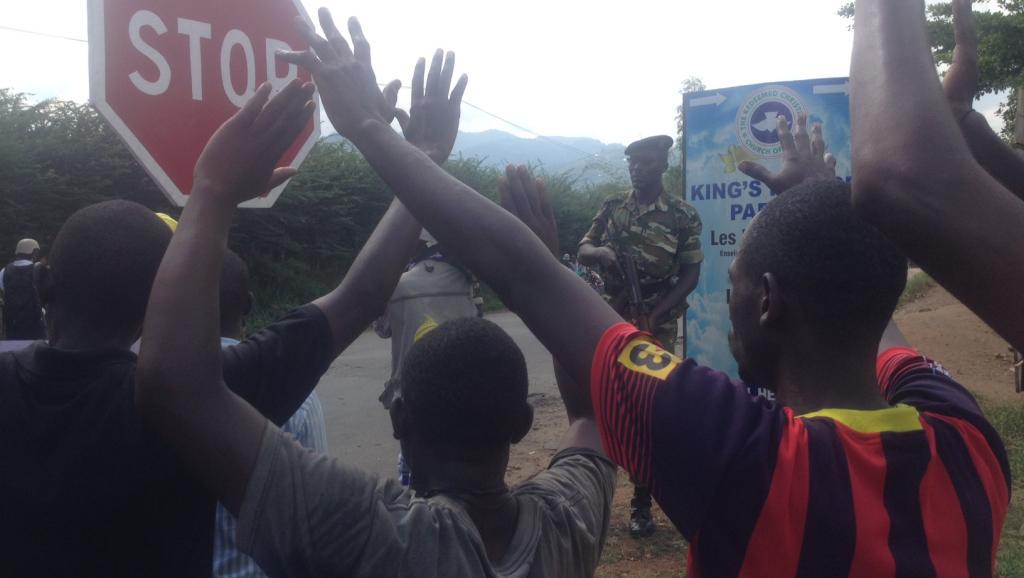 The protestors and police have regular tense stand-offs

The opposition has continued to rally demonstrators, but the numbers involved are vastly reduced. People are scared that the army and police will crack down in a big way, and essentially the failed coup has taken most of the wind out of the opposition’s sails. One tweet spoke of the absurdity of forty journalists covering a demonstration of a hundred people, and how maybe the journos would soon outnumber the protestors. In Musaga, there was disagreement within the army ranks over those who wanted to shoot at protestors and others who stopped them.

The President sacked three cabinet ministers – of defense, external relations and trade. The (now former) Minister of Defense then found his house surrounded and at the time of writing it is still unclear what will happen to him. The new Minister of Defense has no military experience, which has not gone down well at all, to the extent that yesterday evening there were rumours of the army kicking up a stink, so all businesses downtown locked up early. 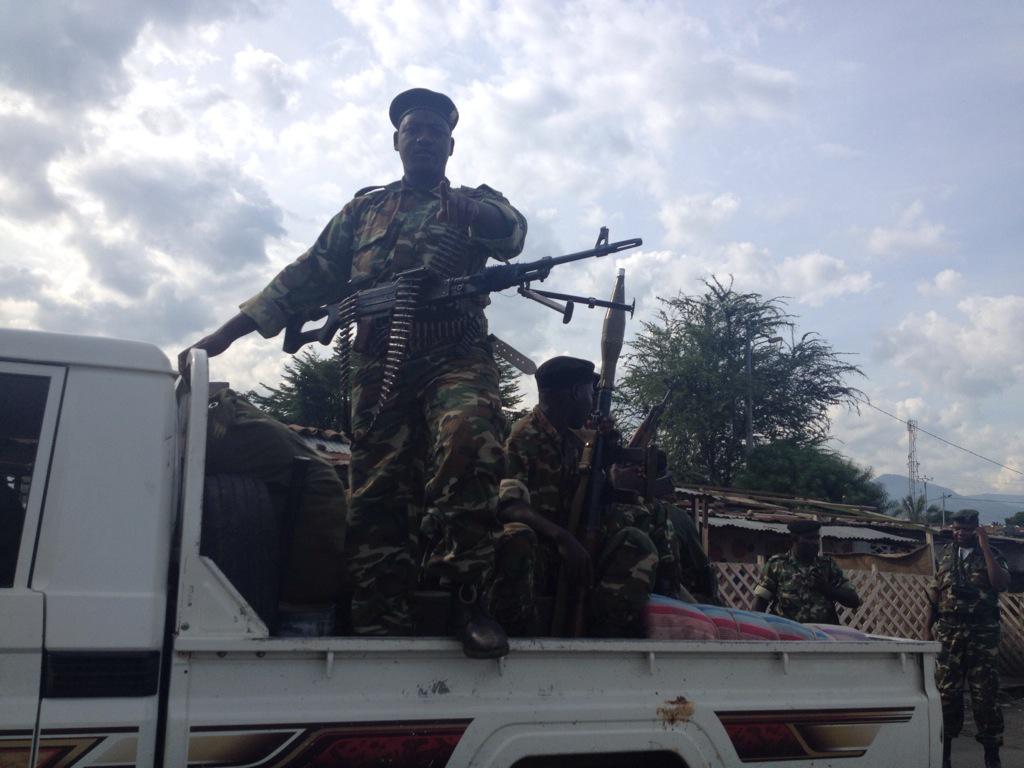 The press are viewed more and more negatively, both sides reporting with their very different agenda

More and more people are fleeing, getting searched at roadblocks even on their phones and laptops for pictures to see if they’re incriminated. The President is consolidating his position with new political appointees. There is an information vacuum with all the main independent radio stations shut or burnt down. Key civil society leaders are in hiding or have fled the country. When the USA flew three plane-loads of US and other ex-pat citizens out on Sunday, people watching on TV were horrified and it ramped up the fear levels even higher. The French have flown in some crack troops to ‘protect their interests and reassure their people’, but of course it does the exact opposite. Uhuru Kenyatta, Kenya’s President, has called for the elections to be delayed. The EU, quoting Reuters, “expressed its strong preoccupation, following a gunfire attack on the Ambassador’s office, which has just taken place”. My film-making friend shared how all his journalist friends had now left the country in fear, and his buddy cameraman was hiding his camera in a hotel. From the top an announcement came that an urgent review into how the media operates has been called for. Cholera has broken out amongst refugees, whose numbers are swelling by the hour in neighouring countries. The President was due to address the nation at 8pm last night, but it never happened in the end.

It’s depressing, there’s no disputing that. We’re all deeply discouraged. The complexity of the mess and the lack of optimism for hopeful solutions might tempt folk to give up. But that’s simply not an option. We need to dig deep with obstacles on every side. I’m reminded of legendary US Marine ‘Chesty’ Puller’s line when surrounded by the enemy: “All right, they’re on our left, they’re on our right, they’re in front of us, they’re behind us… they can’t get away this time!” God help Burundi as she faces enemies/obstacles on every side…

So I ask you again to continue praying, to get others to pray, and to contribute to our urgent work at this time which, God-willing, might swing the pendulum towards a peaceful rather than violent outcome in the coming weeks and months. Thank you!