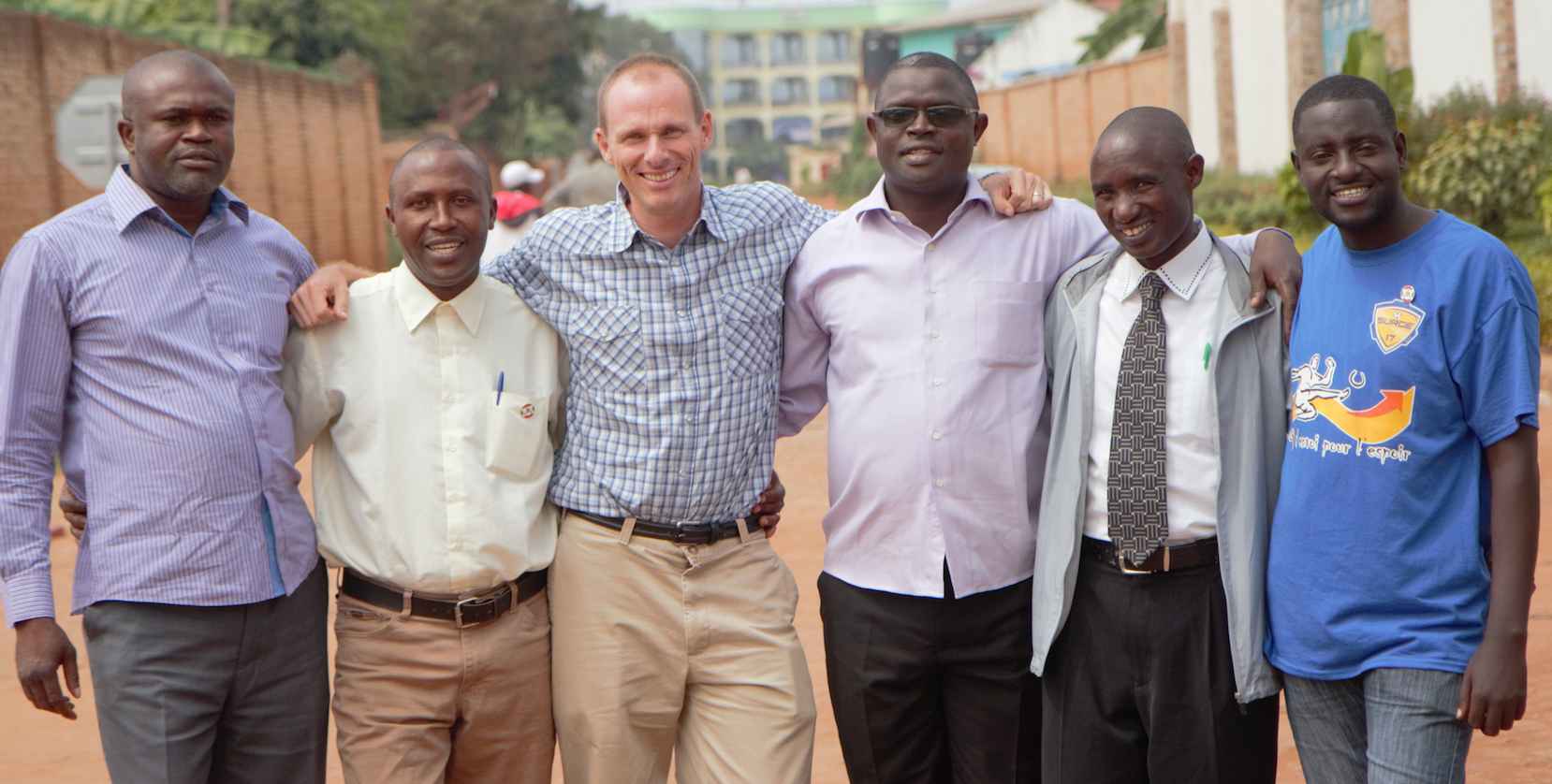 Brothers in arms – some of my favorite people, my Scripture Union colleagues, involved in planning today’s strategic outreach

I’m so privileged to be here for ‘such a time as this’. I’m working with some of the most passionate and committed people on the planet. I’ve told you before, some of God’s best troops are Burundian, and having been here so long, I’ve identified some of the very best of the best to get behind. So we’ve banded together as an outworking of Great Lakes Outreach and formed an idea (not an organization or even a network, as the expectations will then be of a structure and hierarchy) called ‘Christian Initiatives for Peace’. We are ten para-church organizations with great credibility in the country, and we’ve come together in the most beautiful spirit of urgent, humble, synergistic cooperation to help at this critical time in Burundi’s history.

There are no egos, no jealousies, no rivalries – just total unity. “You’re best at social media, go for it!” “We’ve got the strongest network through schools, so let’s take the lead but we need your input on strategy and content.” “You three are the most coherent expositors and debaters, you go on TV and radio.” “You invite all the pastors, we’ll provide the venue and food.” My role is simply to find the money to do all this, so come on people, click here and cough up, it’s critical we aren’t slowed down through lack of funds! Beautiful…

Yesterday we spent all morning recording five programs for TV and radio. Most radio stations have been shut or burnt down, and there is a need for quality programs on those stations still functioning to sow peace, hope, and unity. Then today and tomorrow we’d planned, at very short notice (because it’s so urgent) to invite all the young leaders in the capital to a venue in the centre of town to encourage, teach and discuss with them how they could maximize their influence as peacemakers in their different communities across the whole city. Most of the demonstrators are young men, often manipulated by their cowardly leaders who won’t go out on the streets themselves, so this is a key demographic to reach. 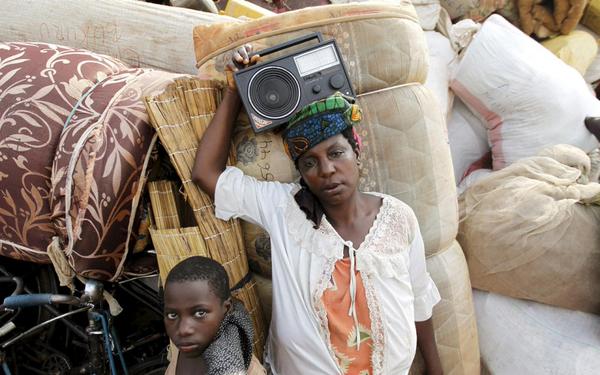 How do you think this lady feels? I look into her haggard face and see so many Burundians represented right now…

Some of you might organize big events in your lifetimes, but I trust you won’t have the same logistical challenges to wrestle with as we do. It starts with being able to leave your house! Barricades were everywhere. Many youngsters were scared to come, or their parents were scared for them to come. As I left my house this morning, I thought I’d get through OK, but wasn’t sure if only a dozen others would manage it. There had been shooting through the night and on into the morning. 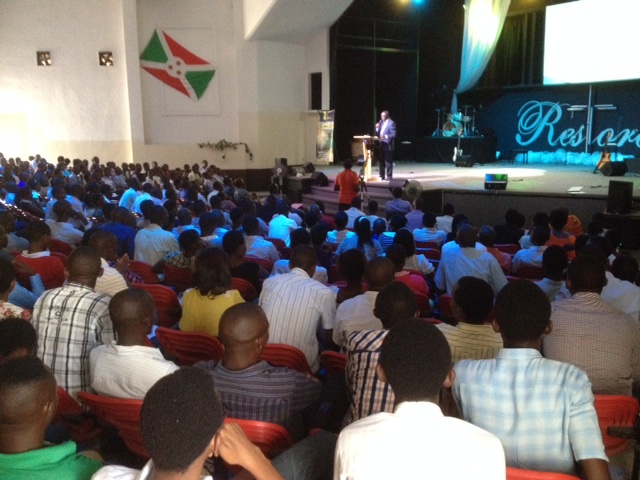 However, when I arrived, I was pleasantly surprised. They were streaming in from all over town, overcoming their fears and desperate to meet with God, with each other, and to have the chance to ask meaty ethical questions that they are faced with. There were about four hundred young leaders in the end. It’s not hard to worship God when you’re desperate, I’ve found, so the tears flowed as we called out to Him. Then there were talks and questions and discussions. One lad asked: “At night, when I’m on guard duty to protect my community from rogue forces, I have my machete with me, as does my pastor. Am I allowed to use it? I have to, don’t I?” Not your average youth conference questions…

Most bakeries aren’t functioning properly, so we found what basic bread we could and cleaned out the supplies of this one place. Lunch would be a Fanta and a few pieces of pre-sliced dry bread. No complaints. We didn’t come for the food. In the end we actually compressed the program because demonstrations kicked off in the centre of town where we were, just a few hundred yards away. We were blissfully unaware inside, but it was being reported on the radio so anxious parents began ringing up and asking us to finish as soon as possible.

Can you see why I’m so glad to be here? This is the body of Christ at its beautiful best –  digging deep, taking risks, wrestling with the issues, impacting communities, rising above the prevailing fear, determined to be salt and light and hope and life. We need you, can I tell you that again? I received an email today telling me of a friend’s son who had done a pancake sale and raised 300Euros for us. That is amazing, wonderful and life-saving! Please dig deep by clicking here.

There’s been a lot of gunfire for the rest of the day. I hope we are able to get back to the meeting place tomorrow for more of the same.

In the afternoon I wrote an article for Christian Today which you can view here. 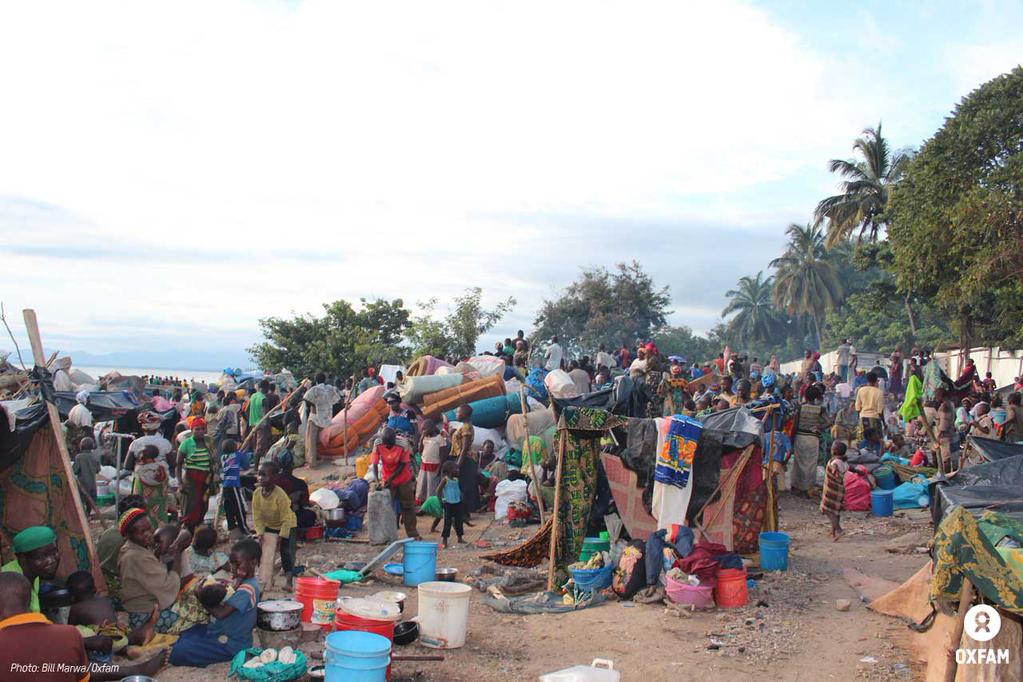 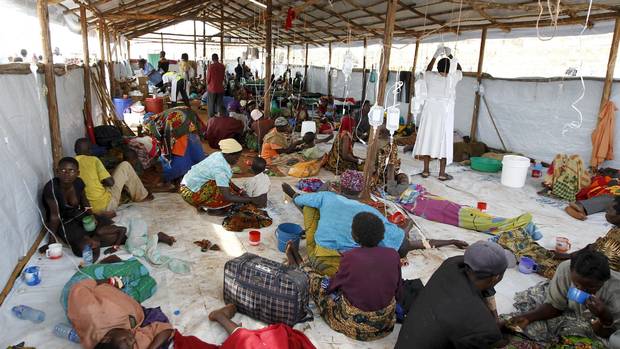 A summary of other news is as follows:

After trying and obviously not succeeding with their approach of ‘soft’ diplomacy, Belgium as the former colonial power has now come out explicitly condemning the third term. The government has postponed communal and legislative elections by a week because of the disturbances, but dismissed the need for the Presidential elections next month to be postponed at all. There was a lot of shooting near parliament as the three new ministers were sworn in, with one young man shot through the head. A female tailor was also killed. Any blood being shed from whichever side is a tragedy. And a cholera outbreak is worsening in the refugee camps so many more folks are dying. Lord have mercy on precious Burundi! Dare we still hope? What do you think…? 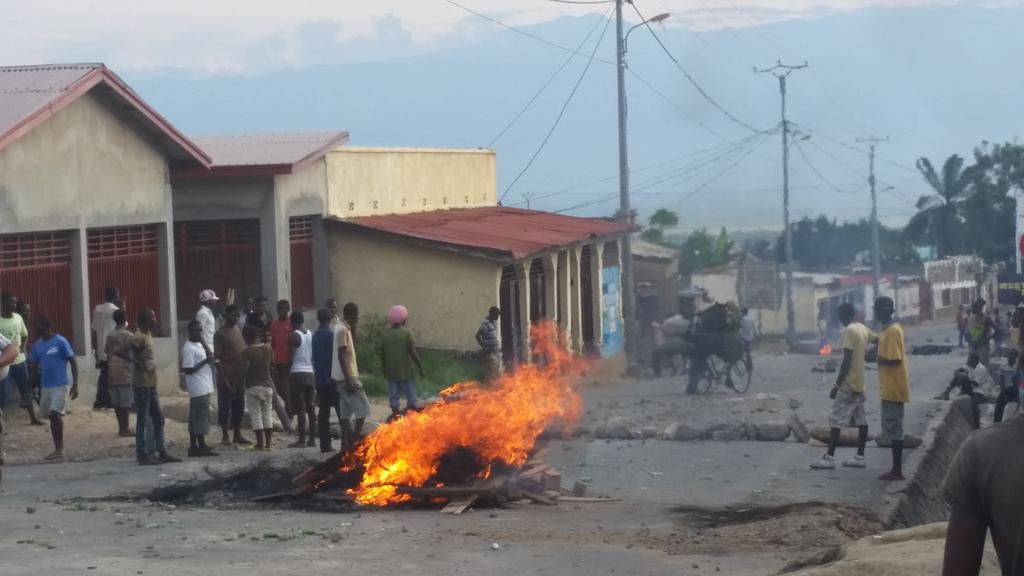 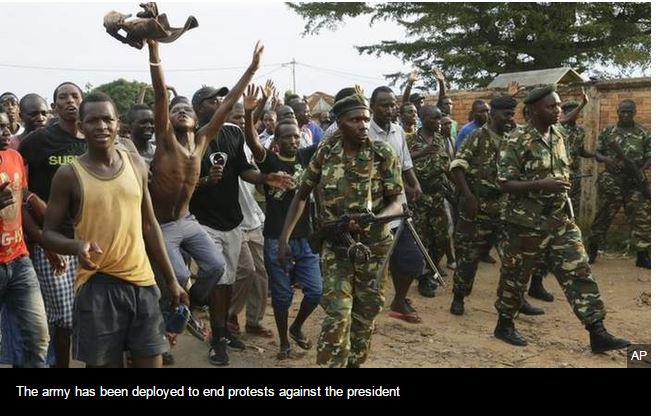 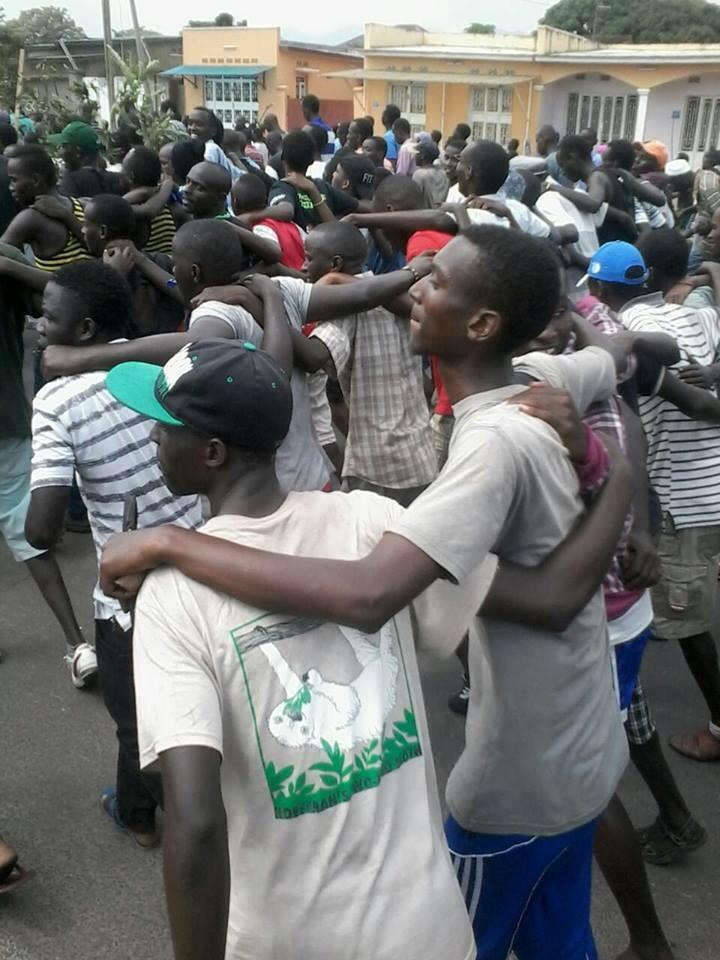 Notice it’s almost always young people (and mainly men) taking part in the demonstrations. We need to reach them.