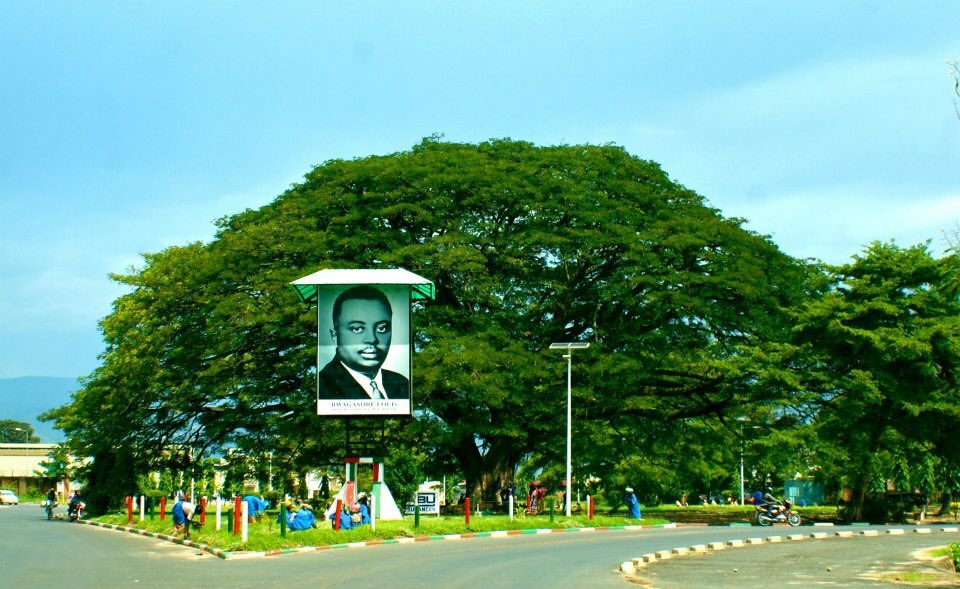 The situation in Burundi is alarming. There’s no doubt about that. When the President of the Senate made his infamous pronouncement a few weeks ago, alarm bells began ringing at fever pitch, and social media exploded with suggestions that genocide was imminent. You remember he said: “On this issue, you have to pulverize, you have to exterminate – these people are only good for dying. I give you this order, go!” He used the word ‘gukora’, ‘to work’, which was used in 1994 in Rwanda to mobilise folks to do the work of killing Tutsis. The fact that thus far his words have not been retracted or condemned from on high is clearly alarming.

My friend and colleague Lisette fled to Rwanda ten days ago. She’s a Tutsi, and has an 18-year-old son who is just the sort of young man to get picked up and accused of being a ‘terrorist’ – the highly emotive and inappropriate word being used for those who are actively against the President’s third term. Lisette was frightened for the life of her son, but also for hers. Why? Because her Hutu friend had warned her. The latter had been approached by the Imbonerakure in her ‘quartier’, who reassured her that they knew the ethnicity and address of everyone in the neighbourhood, so she would be quite safe if things kicked off – which meant by extension that Lisette and her son would not be safe at all. On the back of the above high-ranking government official’s unretracted, unrepudiated and therefore tacitly sanctioned inflammatory rhetoric, I totally understand why Lisette decided to flee.

Yes, the situation in Burundi is definitely alarming. In my sixteen years of living here, the intensity of fear I witnessed last week was at its highest in all that time. And the international community has issued a number of pronouncements. On Thursday, Belgium and the EU advised their non-essential staff to leave and the UN Security Council unanimously condemned the abuses taking place. Not that many of us are expecting much ultimately from the international community.

However, use of the ‘G’-word is misplaced and dangerous. We must resist it. The situation in Burundi in November 2015 is nothing like the situation leading up to Rwanda’s genocide in 1994. As a reminder, genocide is violence inflicted “with intent to destroy, in whole or in part, a national, ethnical, racial or religious group.” Burundi is not, and will not become, ‘another Rwanda’. The 50%-50% make-up of the army was established by the Arusha Accords precisely to prevent any such possibility. So the current alarmist rhetoric diminishes the chances of finding a diplomatic resolution to Burundi’s current political problems, and ratchets up the levels of tension in an already highly volatile situation. French online newspaper ‘Liberation’ used the evocative title, ‘Au Burundi, c’est un génocide qui a commencé” (In Burundi, a genocide has started), which is so counter-productive for those of us seeking breakthroughs through dialogue.

Contrary to what is being repeatedly said, bodies are not ‘piling up on the streets of Bujumbura everyday’. Piling up? No! The facts are that at least 240 people – but likely to be much more – have been killed since April, seven months ago. (The murder rate in Baltimore is c.300/year, as a point of reference). Six people were killed last night. Many mornings a body is found dumped on the street, tied up, bloodied, shot through the head. It’s grim. I’ve wept over it. But it’s not genocide. Enough of that word.

Last Wednesday, we hosted the National Prayer Breakfast. It was amazing that the meeting took place at all, organized at short notice in very tense circumstances. All the big guns were there. It was a great opportunity to challenge them to truly love their nation. Rwasa talked about our only hope being to love one another and work from that premise. United we stand, divided we fall. The President addressed the genocide issue and denounced it in no uncertain terms. The main speaker gave a brilliant talk, nailing each and every attendee. A good leader gives up the right to make excuses, he said. And he closed with the Old Testament story (from 1 Kings 3:16-28) of the two mothers who gave birth at the same time. During the night, one mother rolled over and accidentally smothered her baby to death. So she got up and exchanged her dead baby for the other mother’s living baby. In the morning, the other mother discovered her baby dead, but of course on closer inspection saw that it wasn’t her baby after all. So the two of them came before King Solomon, and he in his wisdom ordered the baby to be sawn in two – to which the deceiving mother agreed, choosing a lose/lose whereas the real mother asked the baby to be given to the other lady so that her little one would at least survive, even if not with her – thereby showing the sacrificial selfless love of the true mother. 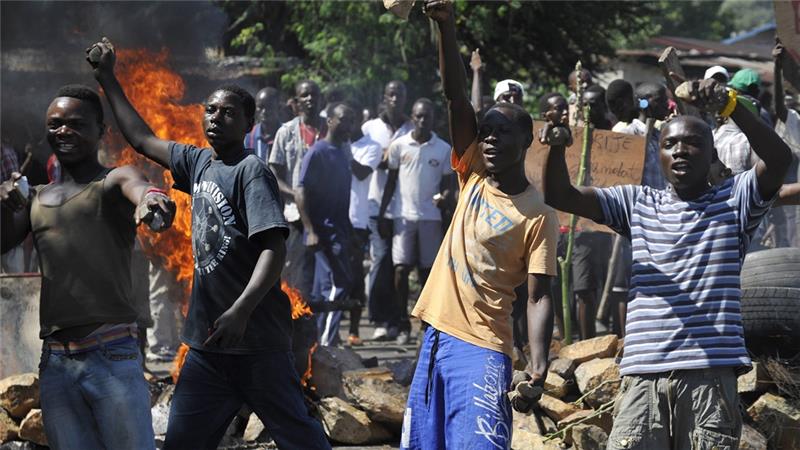 Why that story? Because the baby for us was the youth of Burundi. 75% of Burundians are under 25-years-old. It’s mainly young people who are dying. They are easy to manipulate. They are our future. So all of you, please, I beg you, don’t kill the baby! Don’t kill our youth! What future are we handing on to them? If we aspire to leadership, then leaders give up the right to constantly make excuses.

Powerful. And hopeful, if we embrace the privilege, challenge and responsibility.

I had been asked in turn to pray for the youth. I pleaded with God to grant us breakthrough, to forgive us, because if the youth are as they are today, it’s because as leaders we’ve behaved as we have up until now. No more excuses. Each drop of blood spilt in this crisis is a defeat, no matter whose it is. No more inflammatory speeches inciting the youth to anything other than peaceful co-existence. With the President of the Senate just ten yards away, I wondered if he (and others) would have felt convicted or accused by it. Hopefully the former.

In closing, I want to mention that a friend of mine was attacked last night. I’m on a school board and he has been the tireless self-giving Head of the Parent/Teacher Association for the last three years. He’s also more recently been appointed Mayor of Bujumbura by the President (which will automatically make him despised by many of you reading this). A group of about ten assailants attacked his house with guns and grenades last night but were repelled. I’m thankful he’s still alive. The fact he is a Tutsi in the ruling CNDD doesn’t fit people’s narratives, also that he is seeking to wipe out corruption in his important position. The sad thing is he is among Burundi’s best, a true patriot, and no doubt the assailants believed they were fighting a just cause in trying to kill him; but if they had met him elsewhere in another context, they’d have really liked him. He’d be fighting for the education of their kids, as I’ve seen him do up close these last few years. Instead they saw him as their enemy and tried to kill him… 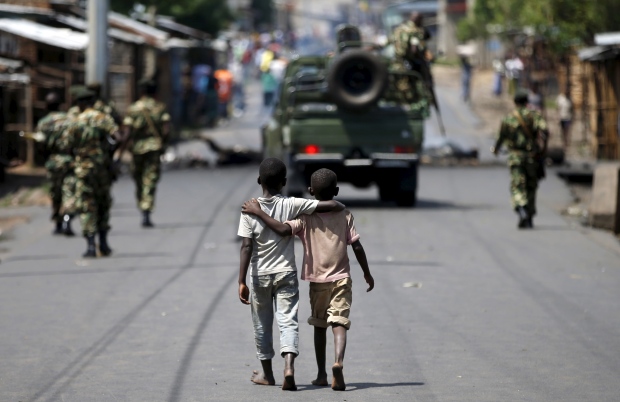 Burundians, we need to stop being manipulated. We need to keep resisting the ethnicisation of the crisis and keep fighting for peace. We need to choose the pathway of dialogue and non-violence, however hard that is. You know, there’s shooting taking place as I write this. I’m not saying it’ll be easy. There are no simplistic solutions. There’s undoubtedly a long hard road ahead. And I know right now it’s hard to be hopeful. But please, all of us, from all sides, may we not kill our shared baby! Rather let’s nurture it, and raise it free from prejudice, to flourish in the decades to come.