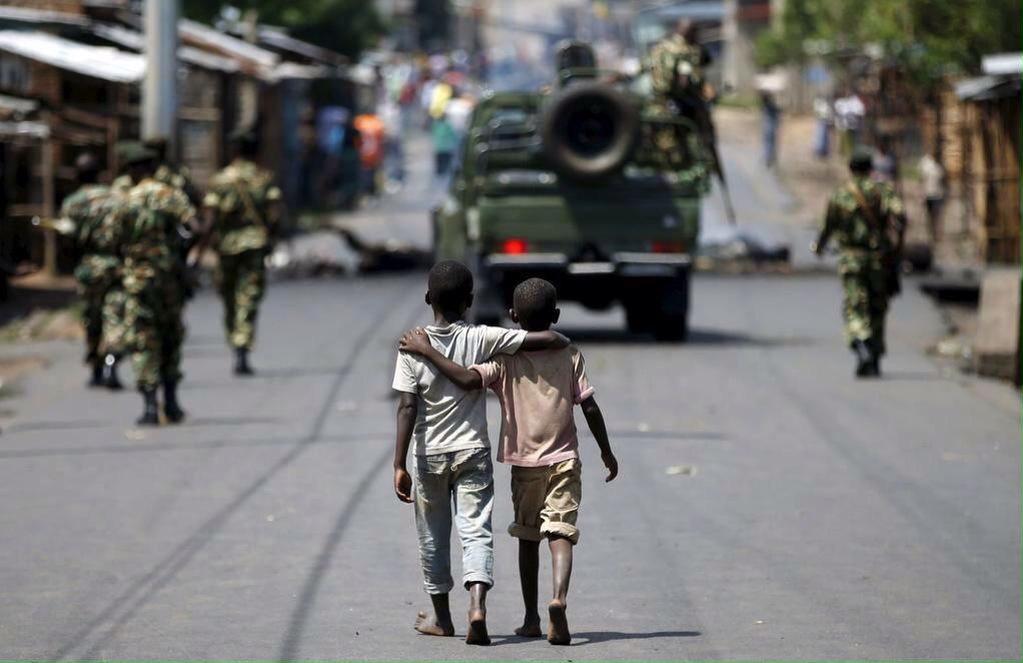 I came out to live in Burundi 16 years ago. I’m a Burundian national now. I love this country and don’t want to be expelled if I can help it, although now I’m a national I don’t think I’d be expelled, rather I’d be put in prison. So I write these current blogs whilst purposefully maintaining a critical distance, seeking to simply state incontrovertible facts without passing judgment. You hear me? It’s a close call as to whether I should even write these at the moment, and I may stop shortly – we’ll see how open channels of discourse remain in the coming days…

With that said, how was today?

There was no gunfire or grenades within earshot during the night, but I woke up with a deep heaviness. During the genocide in 1993, a radio blackout allowed for a few months of carnage and probably 150,000 people to be killed. Again today there is a radio blackout, apart from the state media, RTNB, so who knew what had taken place around the country, because without the burnt down stations of the opposition, the information flow has been vastly reduced. Not that I was expecting a genocide, let’s make that explicitly clear. However, some elements want to bring the ethnic dimension into the mix, and we must resist that at all costs. 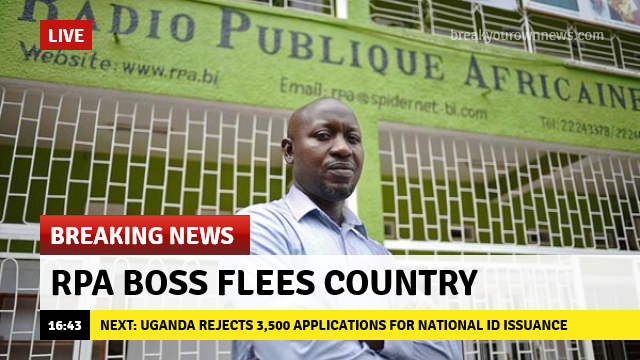 Bob Rugurika, a hero to some and despised by other, has now fled the country for fear of his life

Voice of America has started broadcasting from Rwanda, I believe, maybe to fill that vacuum of information and an alternative interpretation of events. The head of the biggest and most popular (but now burnt down) radio station, Bob Rugurika, has fled and is in hiding, as are a number of key civil society activists. 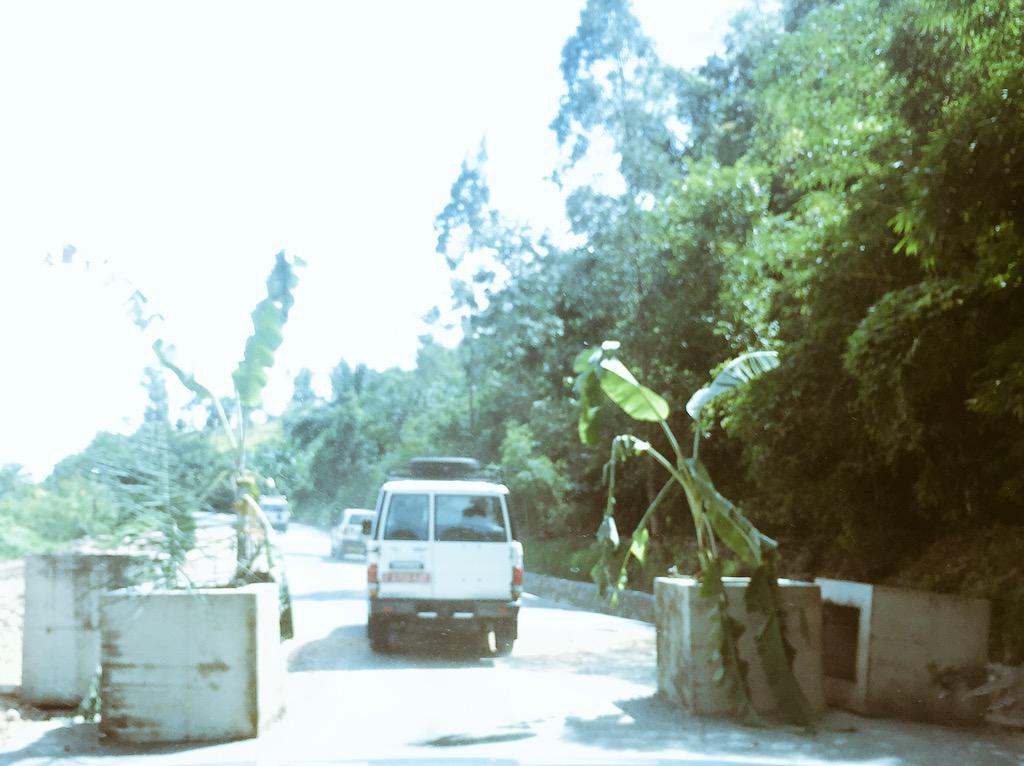 One of the many roadblocks to negotiate in convoy

A huge part of my discouragement stems from the fact that lots of ex-pat friends are leaving today. In fact, a large number of families, be they NGO or embassy workers, business folk or missionaries, began evacuating today, and the trickle will continue in the coming few days. These are some of my top buddies. They can’t fly out because although the national airport may or may not be open, international carriers have cancelled all flights, lacking confidence that it’s safe enough to let their planes land here. So they went in convoys up to Rwanda, and I wish them well and hope to see them again soon. It definitely leaves a deeper sense of foreboding deep in one’s gut… 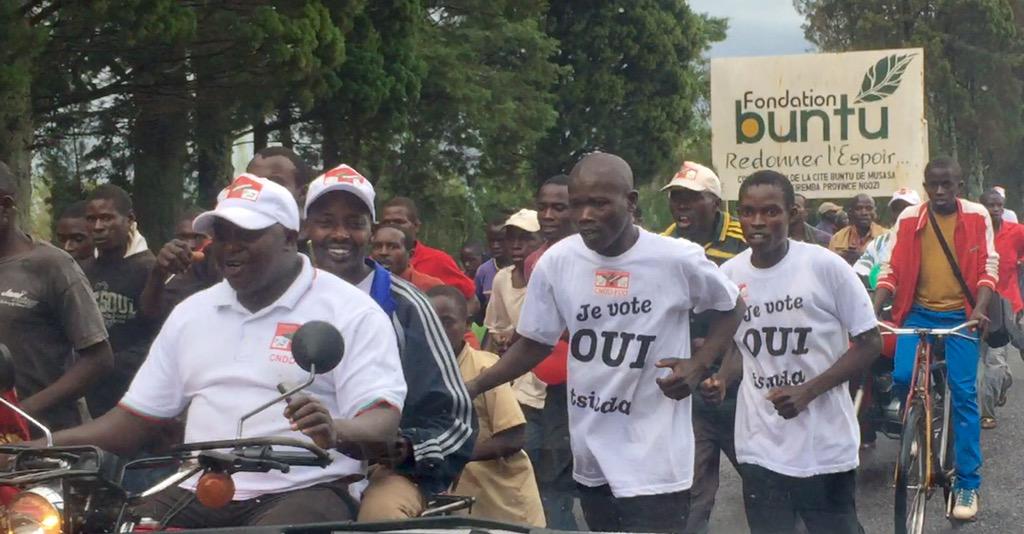 Electioneering in the North of the country, full steam ahead

The ruling party is continuing with their electoral campaign, intent on pressing ahead with the electoral calendar, even though funding has been withdrawn for it and most commentators think it simply won’t be possible to achieve logistically.

Refugee numbers increase. The US State Department accused the government here of instructing the police at roadblocks to send back and block those people trying leave the country. The UN reported an outbreak of cholera at one of the Burundian refugee camps, which is not surprising because my friend involved there said last week that the thousands waiting on the shore were stuck there and so both defecated in and drank from the same water. 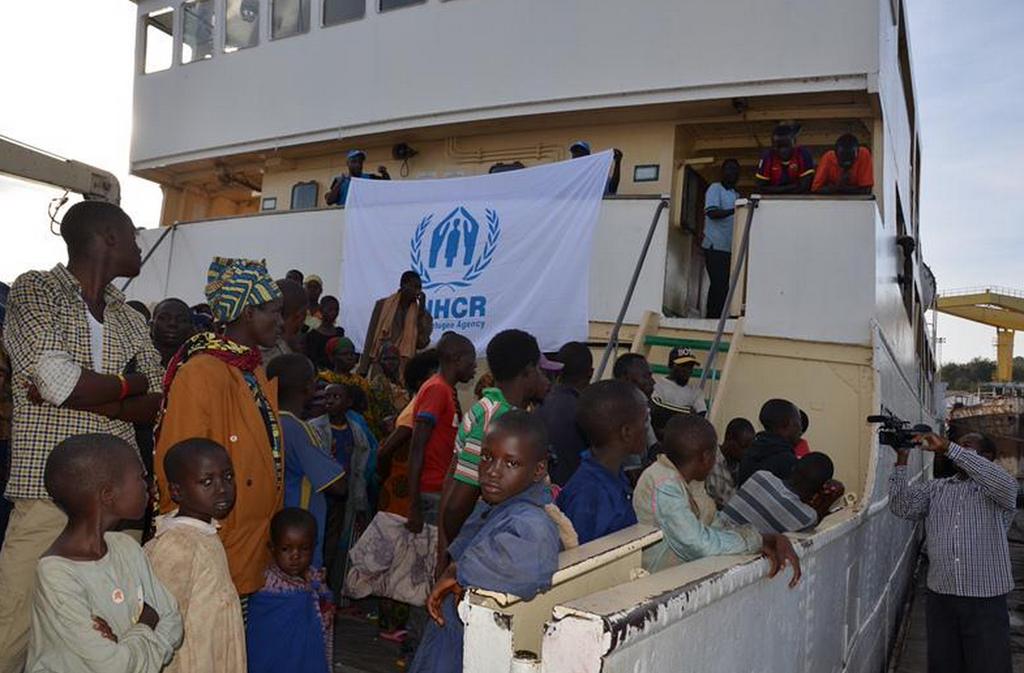 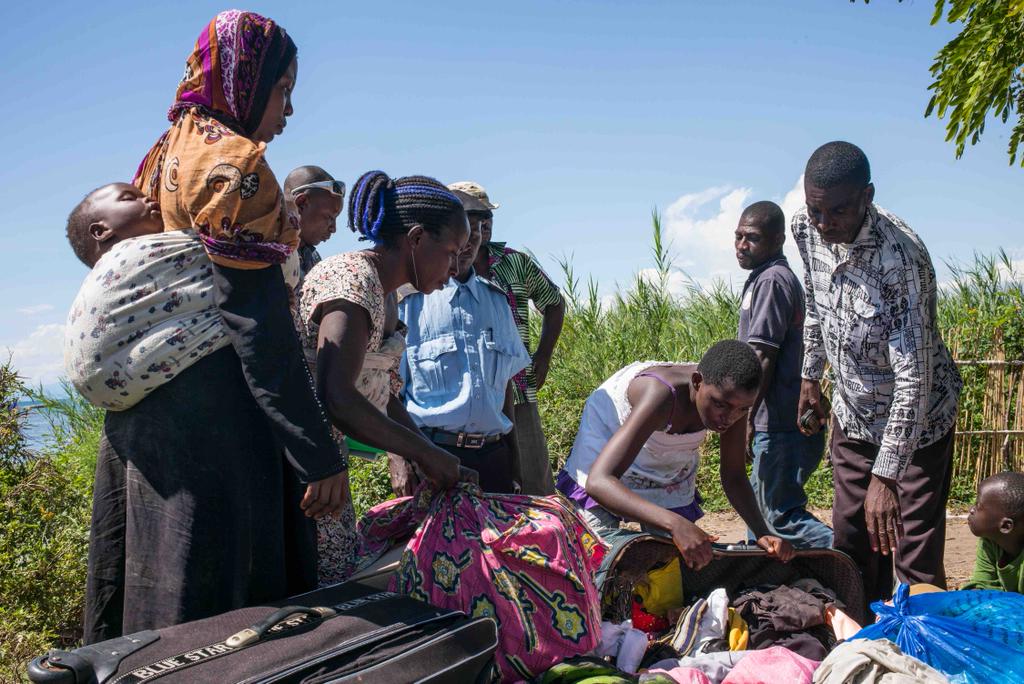 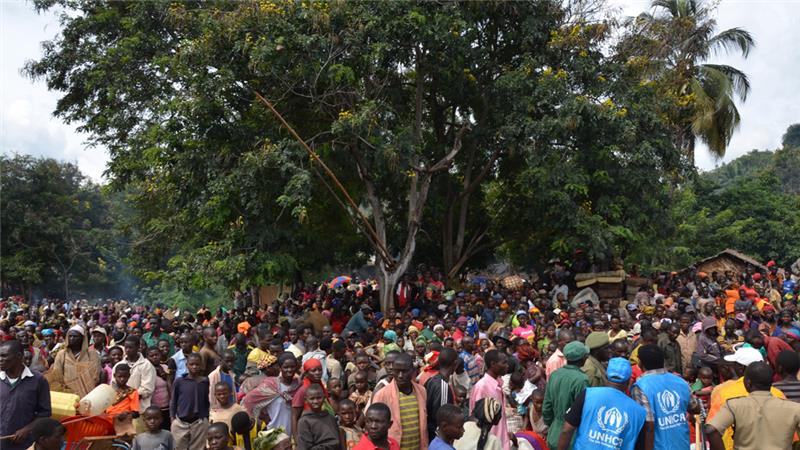 Seventeen putschists were processed through court. The overall coup leader Niyombare has still not given himself up, but we expect him to shortly. Most of the top brass were holed up in Kibenga, under a mile from my house, until they surrendered yesterday morning. The shooting there has left one of my closest friends’ children traumatised.

The regional publication ‘The East African’ summarises the current state of play as follows:

·      Civil society and humanitarian groups warn that the ingredients for prolonged strife — a divided army, mass discontent over President Nkurunziza’s third term bid and uncertainty over the election date — threaten the stability of a country that has only enjoyed a decade of peace after a brutal 13-year civil war.

·      By emerging victorious in a bitterly fought battle pitting rival factions in his own army, analysts said, President Nkurunziza could be even more emboldened to consolidate his grip on power and to push through his disputed bid for a third term in office.

·      Failure to postpone the polls would put President Nkurunziza on a collision course with the African Union, the EAC, the EU and the US, who are calling for a delay in the polls until the situation in the country is calm.

You see it all makes for rather depressing news. I thought my head was going to explode to I went to get some exercise. I rode my motorbike on the way through Nyakabiga, one of the most active suburbs where protestors and police clashed most violently. It was a mess. Arriving at the hotel on the lake, I did some lengths in the pool and then threw and ducked and wrestled with a bunch of schoolkids, some from my own kids’ classes. Their mother said they were determined to stay and hoped things would blow over. I rode back just as the rain started, and got soaked, and at one stage in the dark, only just managed to pull up in time as some razor wire was across the road as a checkpoint. Now I’m home, showered (honestly thank God the damaged water reservoir issue only lasted a day), and getting ready to preach tomorrow to 6,000 scared people – what do I tell them? I’m still rattling my brains on that one. Speak Lord, your servant is trying to listen… At least tomorrow has been announced by the opposition as a day of rest from demonstrating, and a chance to bury the dead, so unlike other days, we can be relatively sure of being able to be out and about.

I’m so glad that Lizzie and the kids are happily back in England. I miss them, but they are doing well. As a single again, I’m back in the bad groove of not eating very well – I just had my seventh meal in a row (not counting breakfasts) of beans. Lizzie doesn’t like me eating beans because of their explosive effect! But if I’m tempted to complain at the lack of variety, I quickly remember that most people in this land are probably eating just one meal a day, if that. A sobering thought.

That’ll do from me for now, thanks for praying for this precious nation. 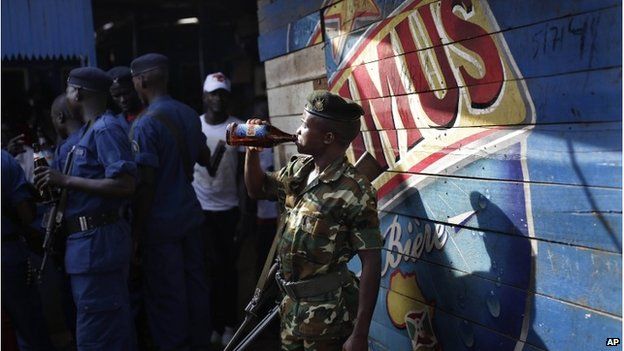 Soldier and policemen celebrating the crushing of the attempted coup

PS We tend to want easy good-guys-versus-bad-guys narratives, but it is always more complicated than that. Below is an alternative opinion expressed by a good friend of mine here on a group email to a few of us today. He is very well-informed, bright, passionate for this nation’s well-being, and deeply invested in contributing for good here. I want to include it, to show you that those who say the President’s a bad man and should just leave office now are taking a lazy or simplistic position if there isn’t any more depth to their argument. Don’t read if it just makes you more confused though! He writes:

The impunity in Burundi from 1965, 1972, 1988, 1993-2003 is part of the problem. The people who killed Ndadaye almost 22 years ago made it clear that they did not want democracy in Burundi. They reluctantly agreed to a modified democracy in 2003-2004 as long as they were not prosecuted. Now they are unsatisfied with the deal they got 11 years ago and they do not want elections at all. They want a renegotiation of Arusha. This whole thing has very little to do with President Nkurunziza, except that his party believes he is the person with the best chance of keeping the Hutu-Tutsi balance of power the same (i.e. protecting the heart of Arusha agreement and what the rebels fought for).

The protests and coup were a major assault on the albeit slow and imperfect democratic progress Burundi has made–demonstrations culminated in the coup attempt– the protesters had been calling for a coup for over a week before.  I know my analysis won’t be popular and contrasts with what most media and Intl community is saying, but had the coup succeeded, the country would have plunged right back into the abyss of civil war, this time far more bloody.

If you analyze what the protesters have been saying, they don’t want Nkurunziza to go but the system i.e. the Arusha quota system. The democratic system. They don’t want elections and have been against elections for over a year now. They want a re-carving up of the pie. They want negotiations. They want a transitional government. This would be the case even if Nkurunziza had decided not to run. They wanted a revolution: change at any cost, even at the high likelihood of unintended consequences and huge collateral damage; but given what Burundi has been through the average Burundian wants stability at any cost, even if that means certain limits on freedom. Most Burundians don’t want a revolution. They want peace and stability. Anything but a democratic transition means instability – something the protestors and some of the media don’t seem to care about.

Democracy in post conflict societies is tricky. It is fragile. When you have an imperfect but agreed on framework, you have to protect it at all cost otherwise you loose all of democracy. The protestors want to throw the baby out with the bathwater without even counting the cost.

OK, agree or not at least you can see that this is very complex and comes back to the question: what is ultimately the best for all Burundians as a whole. How is a fragile democracy helped along the road to maturity?