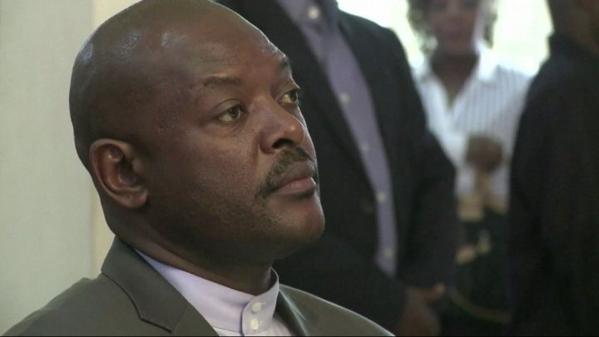 After sending last night’s blog, news came through that the President had indeed returned to the country. I had another call from the BBC so did one last interview for them on the latest situation here (maintaining neutrality as I’m seeking to do with these blogs), which gave me the opportunity to say more than just what was going on. I was asked: “Why do you choose to stay?” So in a very simply way, I was able to talk of how as a follower of Jesus I choose to do what I believe he would do, which is to stay through the dark times, to get my hands dirty, to love in a costly way, to embrace risks and danger for the greater good. Being authentic requires obedience and sacrifice. And death – not that I’m intending to or expecting to die – isn’t the last word. ” Well, I can’t honestly remember exactly what I said, but that was what I wanted to communicate. 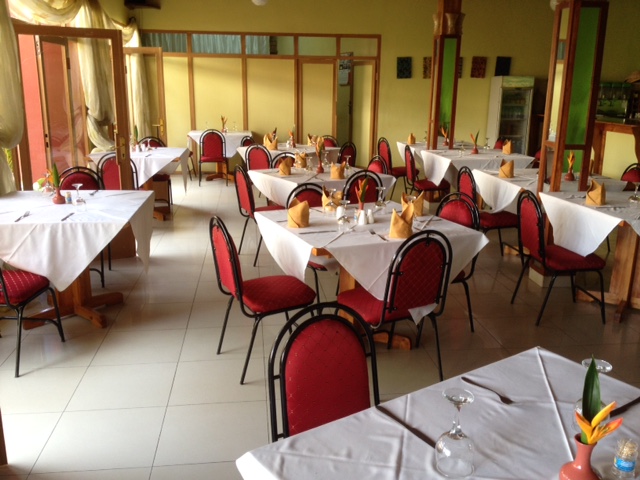 Our King’s Conference Centre, not a customer in sight! Hopefully not for too long. Thankfully we had two weeks packed to the rafters before the current crisis which filled up our coffers for a while

By this stage it was 1030pm. I could risk running home (not far at all) or I could stay and be the only occupant of our hotel (where my office is) along with the receptionists and security guards – all 29 rooms were free! I took a photo earlier of the restaurant. Empty. Obviously this season has been shockingly bad for our business, as indeed for just about every other business in the country. There had been a lot of shooting nearby, which was an encouragement to stay over, but in the end I legged it home. Not a single soul in sight. I ran, dodging puddles, quoting Psalm 23 under my breath, and chuckled with relief once through the gate! I got to sleep after 130am, emotionally spent, and wondering what the next 24 hours would bring.

Come morning, I was pleased to find there’d been minimal gunfire – at least not enough to wake me up at all. I couldn’t take a shower because the water was out, and hadn’t washed up last night’s dinner in case I really do need to make my limited collected water last for a month – who knows how long we would be without – so there were cockroaches galore on show. My houseguest Freddy wanted to get back to his home upcountry as soon as possible, so I gave him a ride into town. The mood was sombre again. Most people were staying at home in fear, but some had ventured out. Almost all businesses remained shut. 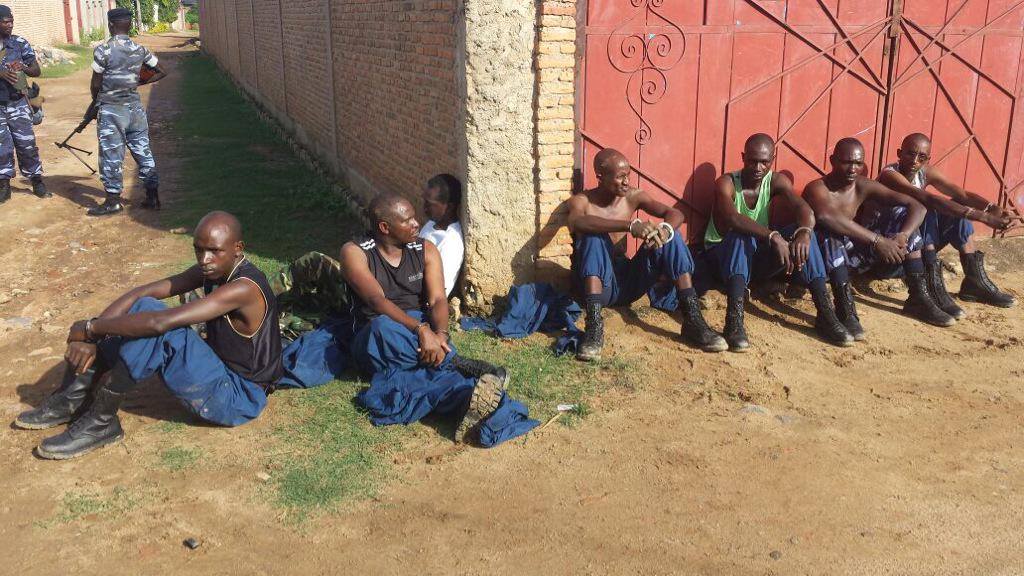 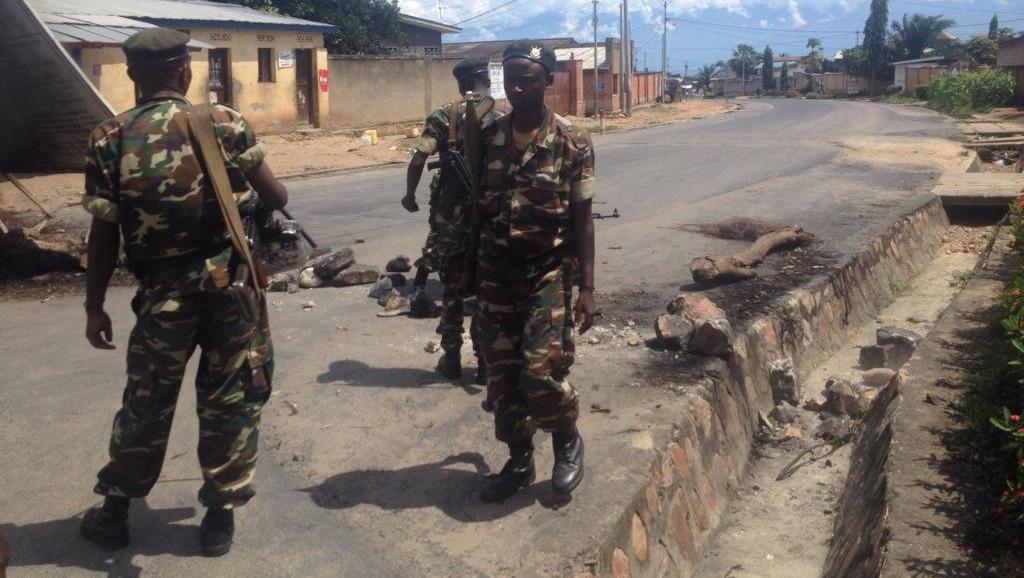 All accept now that the attempted coup has failed

There was a mopping up operation of those who orchestrated the coup. Slowly they were all arrested, and have not been killed. Apparently they are to face justice in the law courts in due course. The UN and US are evacuating their people – at least ‘non-essential’ staff and family members – which is premature as usual in my book, but you never know and it shows the seriousness of the situation. If things do go badly wrong, they’ll have been proved right. Let’s hope and pray that’s not the case. My top buddy Seth (who filmed our ‘More Than Conqueror’ DVD series) came out with a few humorous tweets: ‘UN evacuating all non essential staff in Burundi. Curious to finally see what essential UN staff look like…’ and ‘My possessions increase as ex-pats leave Burundi. 4 houses, 3 cars, 2 new pets. I’m like a rap star. Need to write some jams!’ 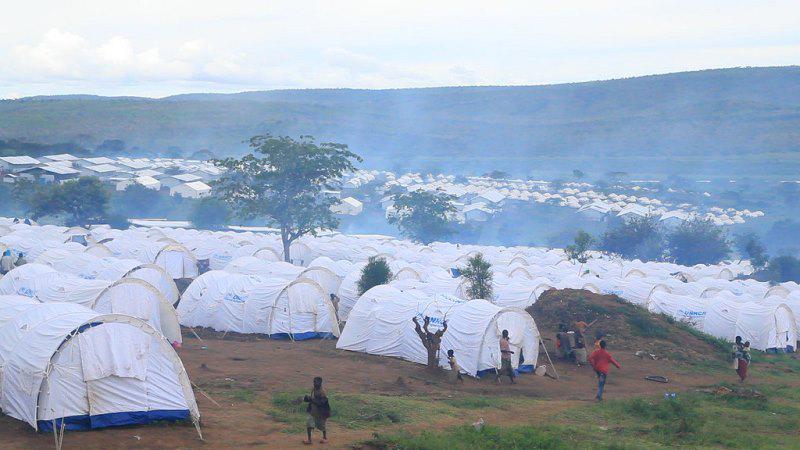 The latest UN statistics reveal that over 105,000 Burundians have now fled the country as refugees. Two other interesting tweets to consider: From a dismayed female leader of the street protests – ‘Demonstrators are now considered ‘putschists’, all free press is shut down, expatriates are leaving the country, and the world is silent.’ You can sense her despair and feeling of abandonment and foreboding in that. And from a commentator – ‘If the Burundi coup failed, a big question is whether the President et al will take a conciliatory or retributive stance.’ The Dutch government has declared it’s ceasing of foreign aid, a move intended to pressurize the ruling party into embracing change. It remains to be seen what impact that’ll have. 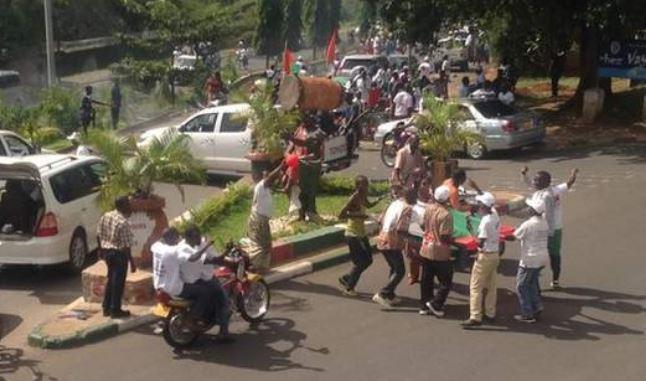 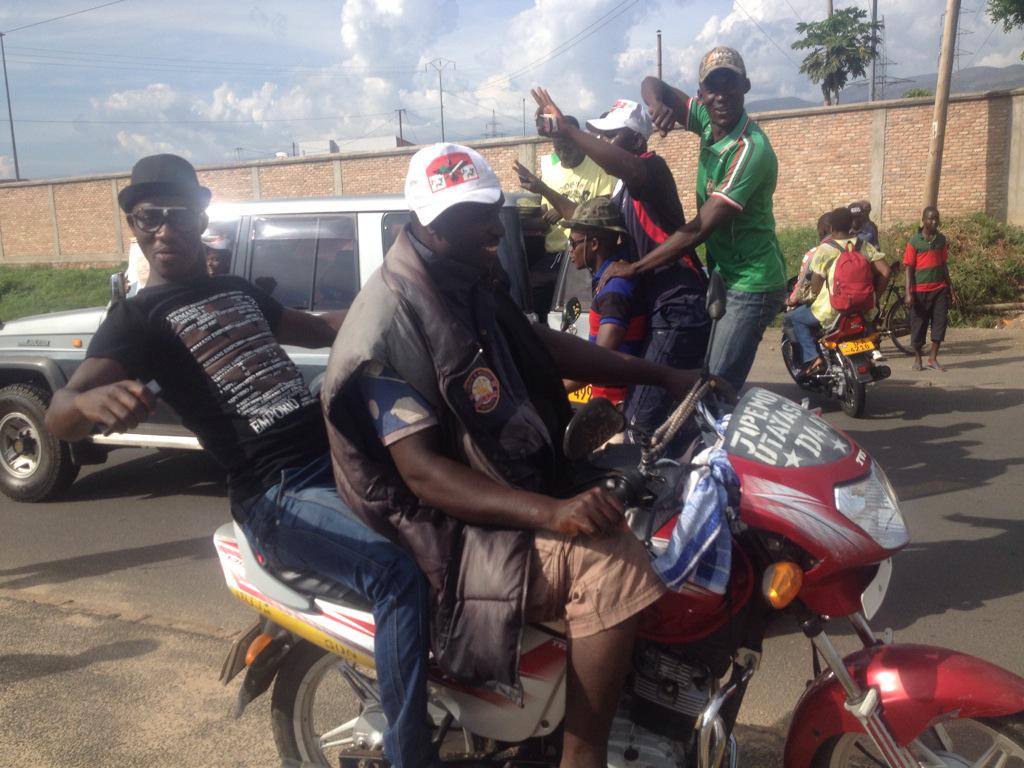 The President, in the meantime, was driving down from his upcountry residence, making triumphant rallying speeches to rapturous crowds in different towns along the way. His cavalcade sped back into the capital by mid afternoon and plenty of folks were out in the street to welcome in – obviously a completely different crowd from two days ago. The size of the crowds, as was shown later on television, highlights how polarised the country is, and how difficult it will be to maintain unity in the coming days.

Some good news came in the form of running water being restored. You cannot believe how good that news is for us here. A long stretch would have made living extremely difficult for everyone, so hurrah to whoever fixed the problem so quickly.

In summary of today then, it is a wonderful thing that almost no blood has been spilt – I think just one person was killed, whereas many expected potential carnage. That might yet happen, hence the US and UN’s proactive decision to withdraw many of their people. The President is back, with his power and legitimacy consolidated, at least in the short-term. The leaders of the coup are locked up. And most Burundians go to bed tonight extremely frightened, hungry, poor, and unsure of what to expect in the immediate future.