“Hutus to the right, Tutsis to the left, NOW!” 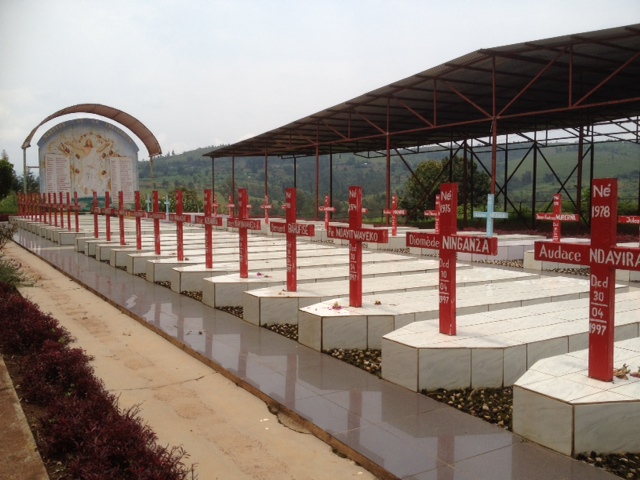 It was 30th April 1997. The rebels, about two thousand of them, had streamed into Buta’s Catholic seminary and school. They were shooting at anyone and everyone, drunk and high on drugs, intent on decimating the place. Why? We were with Father Zacharie, a brother who exudes the presence of God, and he was telling us the story:

For years he felt the Lord was preparing him for this day. He had preached unity between tribes and modelled what a loving community could look like. This was attractive to some, but angered others. In classes, the kids were empowered to discuss thorny subjects openly, and so on that fateful day, the beautiful way they behaved was not altogether surprising. 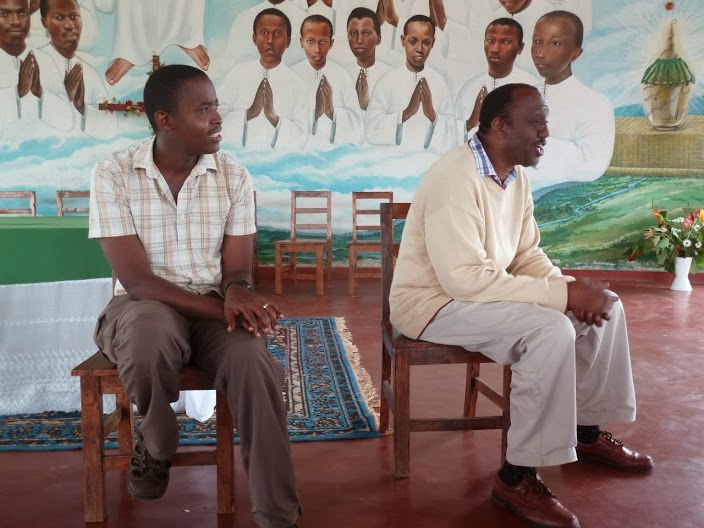 (Father Zacharie sharing his story, with a painting of the martyrs in the background)

He suddenly heard gunfire and looked out of the window. The rebels were everywhere. He rushed to open his door, but immediately bullets were fired into it, so he went through his bedroom into the storeroom, locked the door, and hid under a coat. For the next four and a half hours, the rebels searched for him everywhere, as he was the leader of this peace-propagating community. They killed many indiscriminately, until they found a large group of students in one of the dormitories.

The kids were trying in vain to hide under their beds, and the rebels shot them one by one, before the senior officer shouted at his troops to stop in case they killed ‘their own’. He then gave the above order for the students to separate along tribal lines. The latter refused. “No, we are all one!” “Separate now, or we’ll kill you all!” “No, we are all one!” “Last chance, or you’ll all die!” With that they came out from under their beds, stood together as a group in front of the soldiers, and joined hands: “No, we are all one!” A female rebel raised her gun and fired away. The front row of students fell down. Then another rebel threw a grenade into the middle of them and blew the rest up. 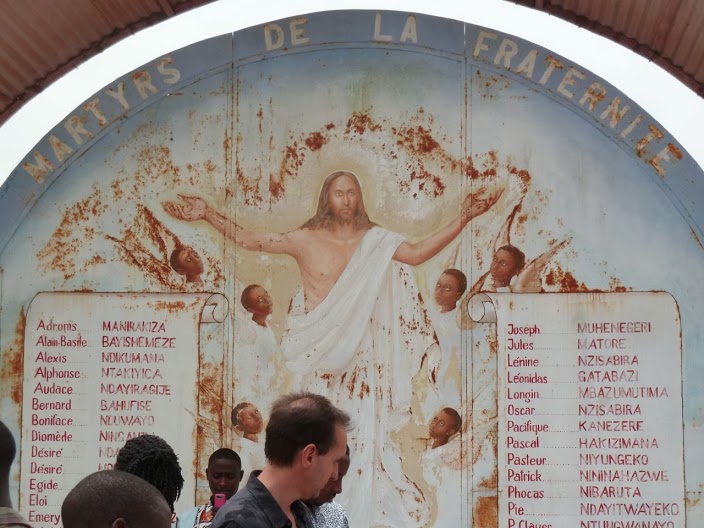 Hours later, when Father Zacharie felt confident they had all left, he came to the dormitory and found bloody carnage, with body parts all entangled in a heap on the floor. He wept for twelve straight hours…

Within a few weeks, the surviving children insisted on coming back. They have rebuilt. The work continues. And this country, as well as many others, needs to hear the story of ‘the Martyrs of the Christian Fraternity’. 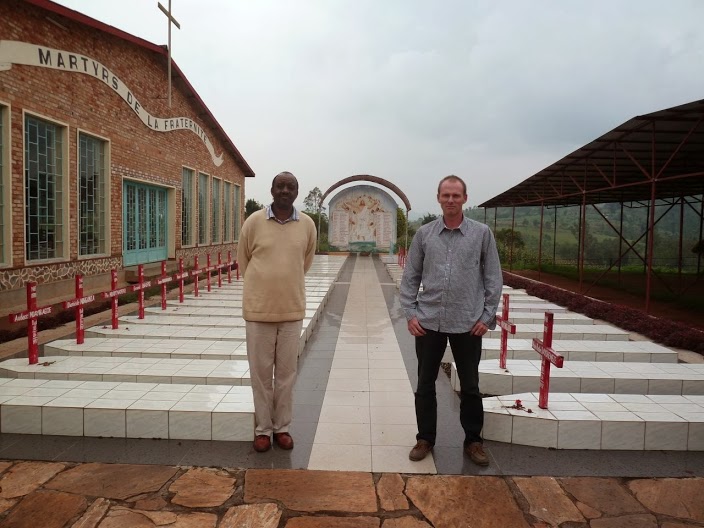 (It was a privilege to meet a very special man)

This is the briefest of summaries, and so much more could be written. Click here for more information on what happened. You can listen to an interview with Father Zacharie here.