It’s been a crazy week, full of highs and lows, of laughter and of tears.

Palmetto Medical Initiative (PMI) is a superb charity working out of South Carolina that I hooked up with a few years ago. They’ve now teamed up with our local partner, Partners Trust International (PTI), to build a hospital in the coming year to service a desperately poor community an hour outside the capital. Below is a picture that doesn’t quite do it justice the beautiful 4-hectare land in the hills that we’ve been given by the Government. I love the fact that within 18 months this land should be fully built on and an operating facility will be transforming the lives of tens of thousands of people. Stunning! 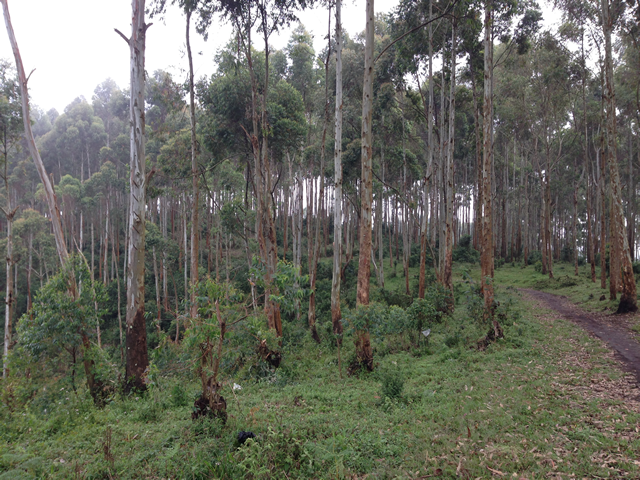 So 21 folks from the USA teamed up with 17 Burundians and one dodgy Anglo-Burundian to form a dream team, working long hours, dealing with crazy cases of sickness – from triage to treatment to pharmacy to counselling to praying to healing and more. The work ethic was phenomenal, the attitude and unity superb, the impact significant. The great sadness was having to turn away hundreds if not thousands of people during the course of the week, some of whom had walked 6 hours to get to us, some who will no doubt die without the money to get treatment elsewhere.

There are too many stories, but here are a few snapshots:

A 10-year-old girl (below) was physically wrecked. Dr Geoff did an HIV test, and was gutted to see it come out positive. He did it again twice, not wanting to believe the results, but the proof was there. Both her parents were clear so it wasn’t from birth. This precious child must have been raped, as is so common out here. In fact, there were plenty of cases of little girls with damage down there, which literally makes me weep. 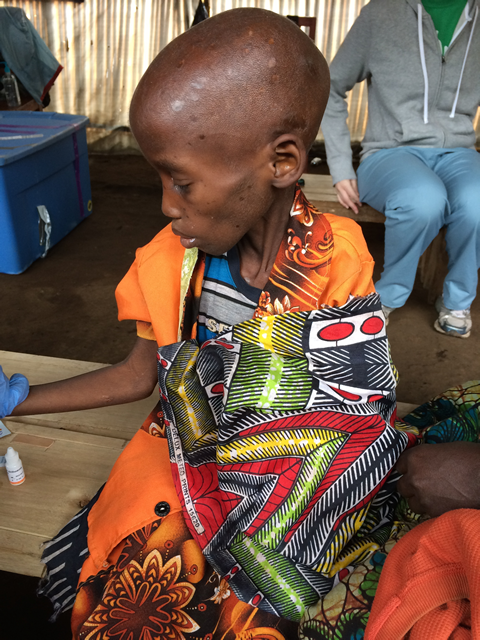 I arrived on the back end of a deliverance as a woman was shrieking whilst our team prayed for her (Click here for quick video clip). It took a while but she was set free and prayed for. Another lady had three hundred cuts on her back from her involvement in witchcraft. This dimension is obviously so far removed from our USA guests’ realities, and most of you reading this, but it’s very real out here.

A woman had a cyst the size of a golf ball cut off her head. There were cases of leprosy (see below). A man said he sometimes passed out for two days for no apparent reason (again below). But the massive scar on the back of his head told a story. He’d been hacked in the head with a machete doing the war. 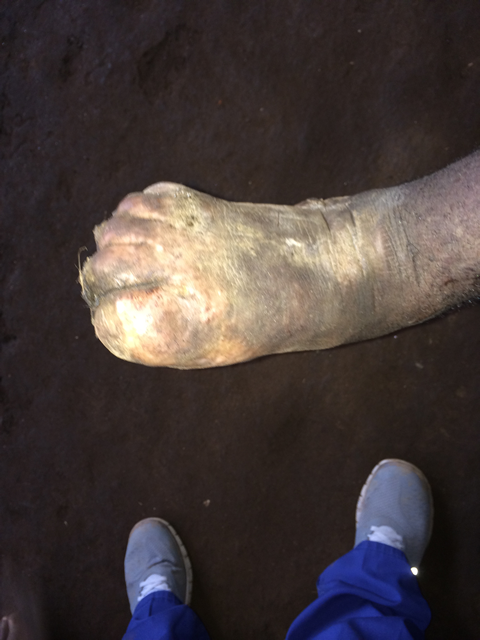 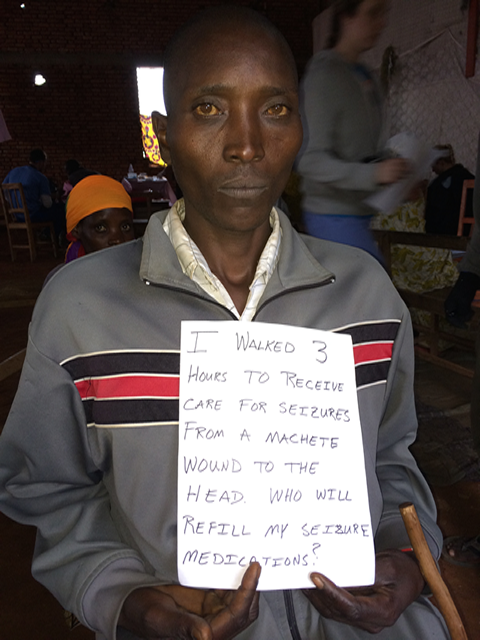 What do you say to a lady who’s diagnosed with AIDS having been raped by a soldier likewise during the war…? 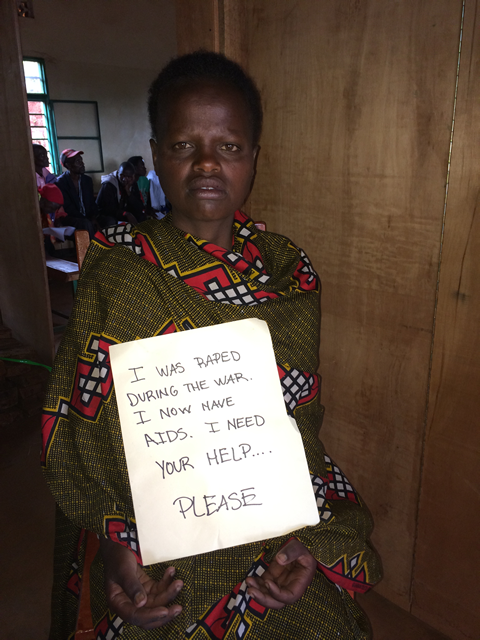 So I’m writing this on the last day. About 300 people slept last night on the mud floor of the church (click here for short clip), desperate to receive treatment. We arrived this morning and there were so many more waiting that we won’t have time to treat. It’s sad, frustrating, maddening even. But we’ve made a decent dent, touched a few thousand lives this week, seen huge smiles even from people who’ve had several rotten teeth freshly yanked out of their mouths(!) (see here), and seen many come to faith, getting ministered to both physically and spiritually, which is Jesus’ mandate to us. 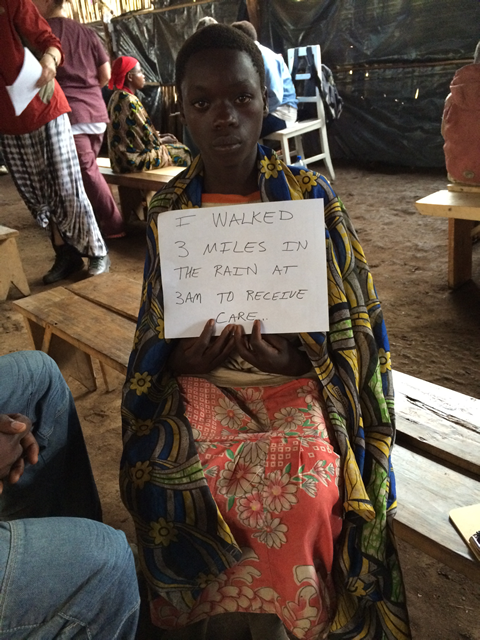 I’ll call it a day. So much more could be said. The photos no doubt stir a range of emotions in you. Some were too grim to post. And yet overall, despite a lot of grim stuff, I have a huge sense of hope and excitement as a great burgeoning partnership of Americans and Burundians has begun, and the first steps on a beautiful journey together have been successfully taken. Some might say it’s just a drop in the ocean. If they do, then may Mother Teresa’s beautiful words challenge them to see things in a different way. After all, many ‘drops’ have had their lives saved this week. She wrote:

“I never look at the masses as my responsibility. I look only at the individual. I can love only one person at a time. I can feed only one person at time. Just one, one, one. As Jesus said, ‘Whatever you do to the least of my brethren, you do it to me.’ So you begin… I begin. I picked up one person… The whole work is only a drop in the ocean. But if we don’t put the drop in, the ocean would be one drop less. Same thing for you. Same thing in your family. Same thing in the church where you go. Just begin. One. One. One.

At the end of our lives we will not be judged by how many diplomas we have received, how much money we have made, or how many great things we have done. We will be judged by ‘I was hungry and you gave me to eat. I was naked and you clothed me. I was homeless and you took me in’. Hungry not only for bread but for love… Naked not only for clothing but naked of human dignity and respect. Homeless not only for want of bricks, but homeless because of rejection.”

That’s worth reflecting on…

Thanks PMI! See you again in a few months when the next team comes out. 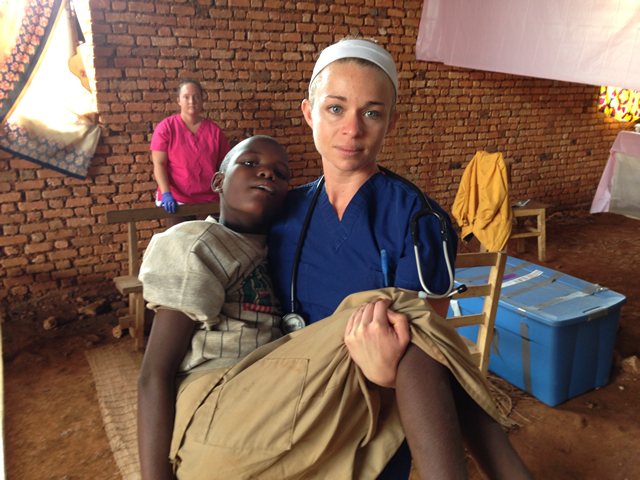 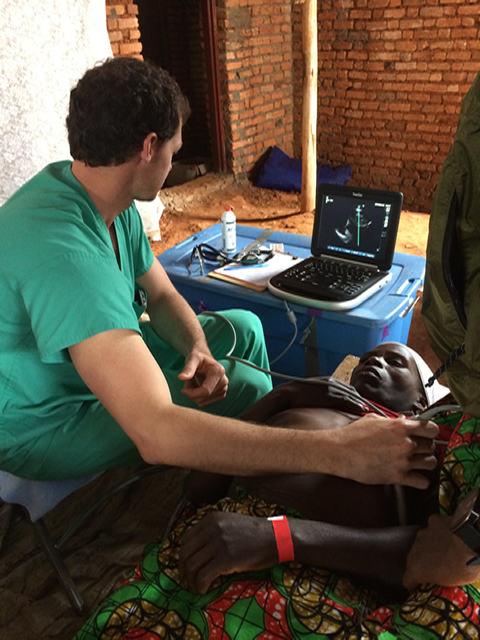