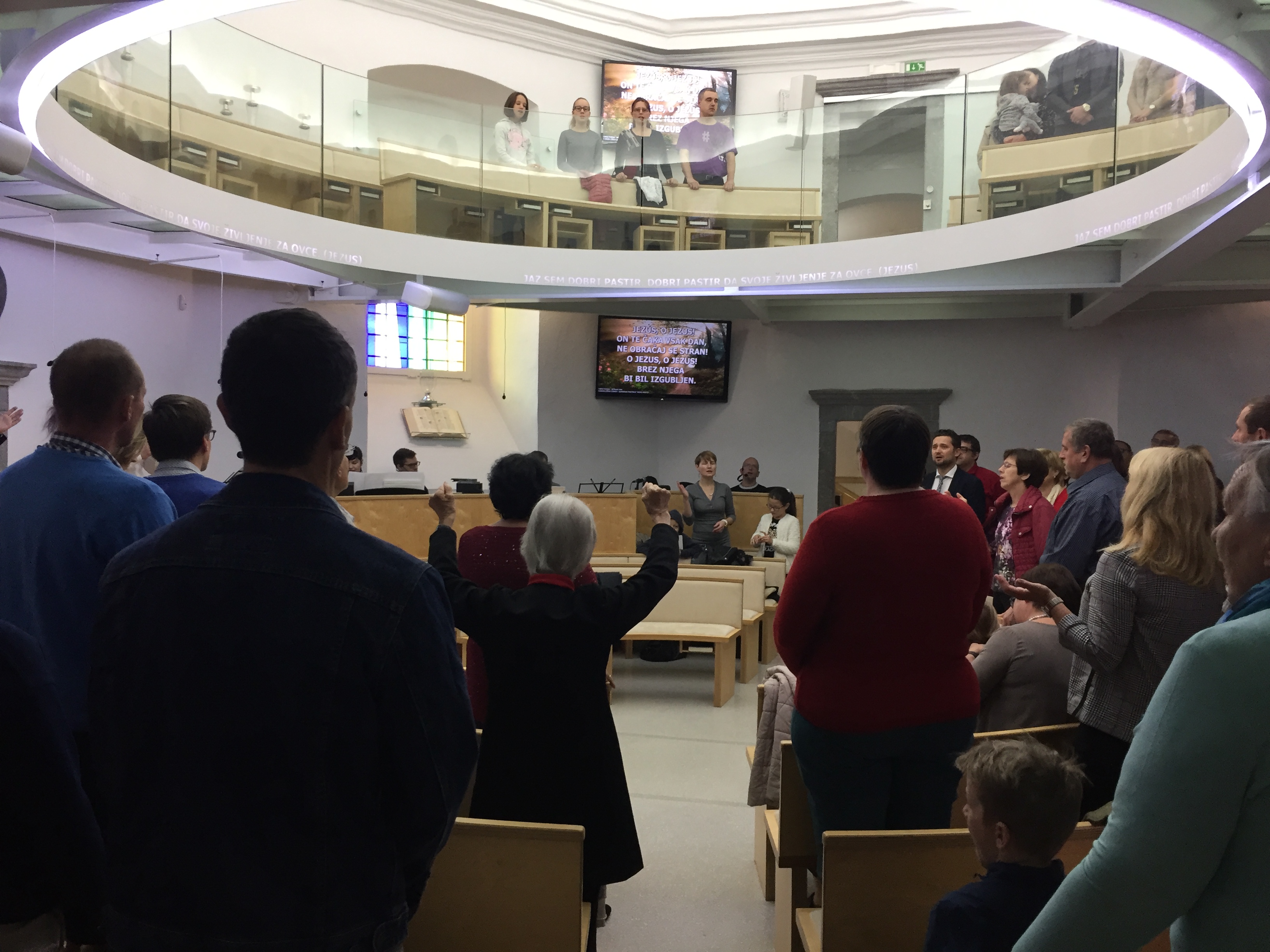 What do you know about Slovenia? I knew virtually nothing until we went there this last week. And yesterday I got to preach at the biggest evangelical church in the country, which you’re probably thinking is a few thousand people strong. But no, it was maybe 130 people, because there are only about 500 evangelicals in the whole country! Out of a population of a little over 2 million people, that makes just 0.025%!

I think part of this year’s purpose as we travel and preach around the world is highlighting areas of need. The week before we were in Albania, with under 3000 believers out of their population of just over 3 million, i.e 0.1%. Before that in Macedonia (0.2%), which I blogged on before.

The gospel needs are huge! Do you want to get involved? Could you come as a teacher to one of these nations? Or a medical professional? Or start a business? Or just come and see? Often people say comments like ‘there are plenty of needs here in this nation to meet, so you shouldn’t go elsewhere’. I beg to differ. The needs are indeed everywhere, but much much greater in these countries than in the UK or USA. So hear the invitation from me right now – could this be for you? Do you want to be part of something so much bigger than you might have expected in this life? Just ask, and I’ll put you in touch.

From yesterday’s journal: “I preached, and the response was strong. Afterwards lots of folks came up and thanked me effusively for the passion, challenge and encouragement. Grace (as we’ve tried to encourage the kids to pray and see if God shows them whom He might bless through us) said that she wanted us to give money to a man in a purple T-shirt. He looked fine to me i.e. humanly-speaking wasn’t a stand-out case as someone in need. We asked our translator if he was in a bad way and she said yes, that his wife was looking after him and the need was acute, so we gave money to be passed on to her. That was encouraging. And then I was talking to a man called Mattheus, who told me he couldn’t work because of a dislocated finger. I asked if I could pray for him. After prayer, his eyes lit up and he said he could now move it where he couldn’t before. Brilliant! Doors are wide open to return, there are big opportunities, and all the key folks asked us to come back and serve here. Who knows, but certainly the needs are massive.”

If you want to get my journal updates, just message me. If you’re challenged about how you might get involved in such countries, again, just get in touch and I’ll connect you.