Maybe you’ll think less of me by the end of this stream of consciousness, but I wanted to get down on paper how I feel right now, not when I have calmed down.

I love Burundi. In the past I thought I’d die here, taking crazy risks in the last war as a single man. I still think I’m willing to die for Burundi, although it’s a bit more complicated with a wife and three precious little children. Hmm… 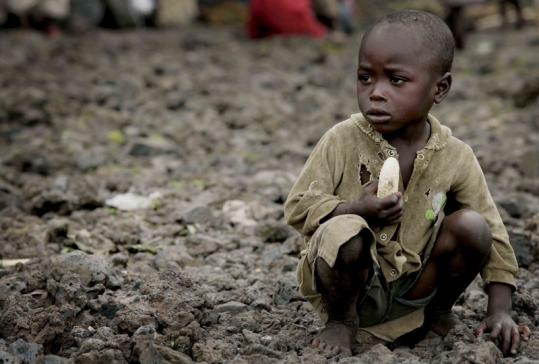 I’m all about Burundi, I love Burundi… but I hate Burundi too.

I hate what happened literally a minute before starting to write this.

A man came in. I met him yesterday, after he’d asked for a chat. He’d poured out his heart, like so many do to me. He’s a good man. He has a family. He studied and got a degree in Kenya. He wants to work, but he can’t find any. I was yet another door he was knocking at. So I listened to his tale – yet another story of woe – and I then explained I had no job to offer him, and was tied up with multiple commitments to support other folk. We prayed, and I packed him off with a 10,000FrBu note to at least pay for his public transport and maybe food for a day or two for his family ($5, that is).

I (through GLO) help thousands of people. This was someone I didn’t even know before yesterday, invading my time and space, bleeding me of more emotional energy. On the one level, I can totally imagine myself in his position. What wouldn’t I do to feed my kids? What wouldn’t you do, seriously? So I felt for him, but he made me angry as well. Why should he jump the queue of those others desperately needing help? I can’t help everyone. Why am I in this position where I’m almost forced to play God and literally ‘save’ the lives I (try to discern to) choose to intervene in? Why him and not the next person knocking in five minutes’ time?

I hate Burundi, sometimes. I hate poverty, always. It makes me so angry. I hate having to care as well.

And you know what? He had the temerity to come back today. His roof had blown off last night in the storm so his house is a wreck. He’s not making it up, I believe him, he’s a man of trust and we share many friends. But when he came in, I swear, if I didn’t hate him, I was certainly angry at him. How dare he again confront me with this horrible decision of whether or not and if so then how much to help him? I hate being put in that position. Who, without hardening their heart, can adequately bear that responsibility? It’s absolutely crushing.

He said he was desperate. As first-born he has responsibility for more than just his own family. It’s all just so overwhelming. He has no money, so amongst other tragedies his younger brother had died in his arms a few months ago for the lack of a few dollars. What could he do now?

I confess my anger and hatred. Maybe you think I’m mad, sick, insensitive.

I gave him a decent wedge of money. I wanted to get him out of my face, out of my office. I was paying him to leave me alone. I explained, probably with little grace, that I wished him well, truly, but I didn’t even know him two days ago and I support so many widows and orphans and needy people, and I never wanted him to come and ask me for money again, OK? He was ecstatic with gratitude and agreed with my terms.

I love Burundi. I love her people. So many are suffering so much with such dignity. But I hate Burundi. I hate those regular encounters that put me in such a weighty position. Burundians reading this will not be able to understand, and will probably think: ‘What a problem to have! Poor self-pitying rich white man’s problems!’ Westerners? Can you understand what it’s like? Maybe some, most probably not.

If you want to help, please do.