Below is a fantastic story of perseverance under relentless trial. I’ve lived it alongside Jeremy, with whom I meet weekly for breakfast to talk and encourage each other. I love what he has done, is doing, and will do, alongside his precious family and devoted team at The King’s School. My favorite image of this challenging time was when oral exams were taking place to the sounds of gunfire up the street – at all costs the show must go on! Be stirred and inspired. Jeremy writes:

Burundi’s now, apparently, the poorest, hungriest and most unhappy country in the world. The recent crises have had a devastating impact on the country, its economy and its prospects. So why bother?

In 2012, I moved my wife and four of our five children to Burundi where I had been given the awesome responsibility and privilege of running The King’s School – a Christian, English-speaking, international school in Bujumbura that was established over 15 years ago to educate children from a local orphanage; and continues to do so to this day along with fee-paying students.

What followed was an exhausting mixture of spiritual attack and fiery trials that ought to have finished both us as a family and the school. Here are a few of the high(low)lights:

2012 – Six weeks into the job our administrator disappeared, having emptied all our banks, whereupon I discovered to my horror he had creatively played off numerous creditors in the school’s name, leaving us in the catastrophic situation of being hundreds of thousands of dollars in debt. Our international supporter base rallied with some extra funding and I embarked on a tough restructuring of our finances. On a positive note, this brought us to our knees as a community and led to an increased reliance on God, and hunger for Him. Amazingly, by His grace, and the flexibility of our creditors, we were able to keep the school open. 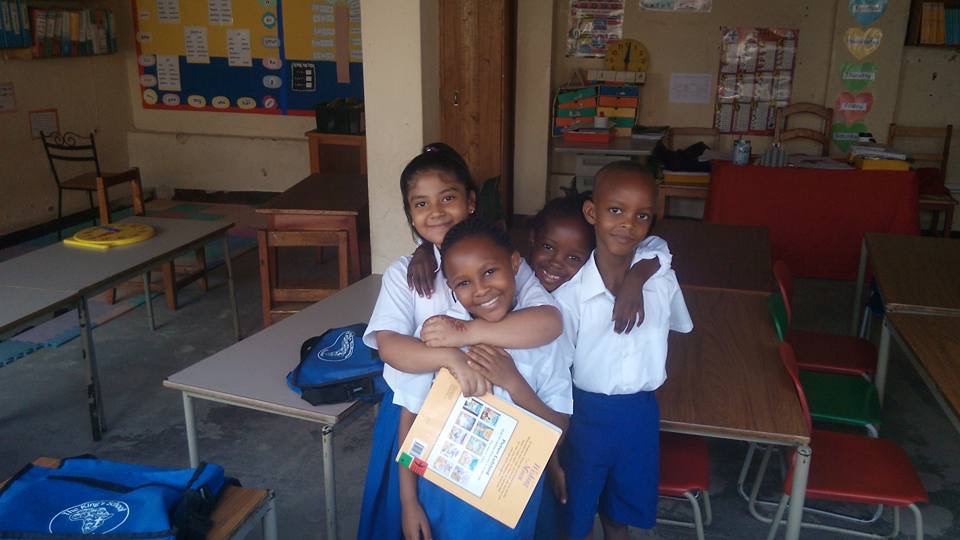 2013 – Part of the fallout of the above was the further discovery, as Burundi’s tax system became more systematized, that years of unpaid tax were being demanded by the authorities. The school had paid for local teachers, but not for foreign ones, which turned into a huge retrospective bill. Our school bank accounts were suddenly frozen. We found ourselves catapulted back into a second similarly-massive crisis, but yet again, by God’s grace and the compassion of the tax authorities, who want us to succeed, we restructured debts and were able to remain afloat.

2014 – Although our belts were severely tightened to address the ongoing consequences of the previous two crises, I became progressively more excited at the sustainability of the business model, as with a full intake of 600 students, our debts were diminishing at an impressive rate. Maybe we’d even be able to actually invest next year…

April to July 2015 – Political disagreements resulted in conflict and an attempted and failed coup. The school closed early, a number of staff were forced to leave and many students fled with their families. Most fees for that summer term were unpaid so there was nothing left. Small amounts could be given to local staff, but they went unpaid for June and July.

January 2016 – The bleak situation forced us to make drastic financial changes to the school impacting many staff who were already struggling to survive. 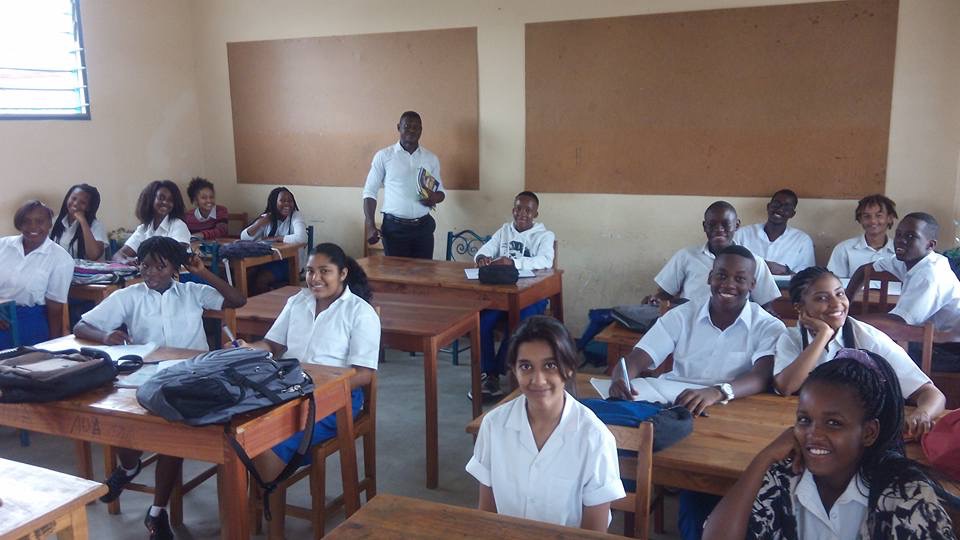 But by God’s grace, we still pulled through. We’re still here. We’re not giving up.

The last 3½  years have been a fight for survival…and the school might not have pulled through. Yet in these impossibly difficult times we have seen God work through and be glorified by some amazingly dedicated people. 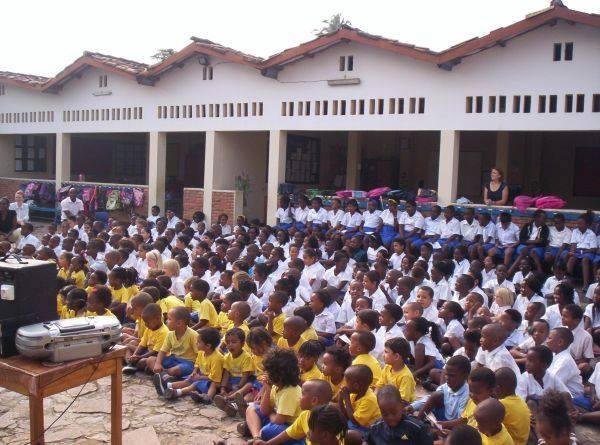 So why bother? Is it worth it?

There have been more times than I can count when we could have just given up. It looked impossible. But this is God’s school and we’ll never give up, the stakes are too high and the impact is too strategic.

And what a story! In spite of multiple and relentless attacks by the enemy, the school has refused to die, refused to drop its standards and refused to give up on its goal to create future generations of godly leaders.

Now, more than ever, Bujumbura needs a strong, vibrant Christian school standing out from the crowd as a beacon of hope in the nation. Many of these kids will be running the country in twenty years time. It’s so utterly strategic. We simply refuse to give up. We are a school that won’t quit on Burundi… and it will still be here long after I have left.

We are still only surviving… and we want to thrive! So much effort is spent balancing the books, managing the debt and keeping things moving… but we want to invest in more resources and facilities, and appreciate the people who are so committed to the school. We’ve shown how, despite insurmountable challenges, we’ve been able to pull through, and there’s not much more that we could have thrown at us. I’ve said that I’d love just one year where I can concentrate on growth and investment. 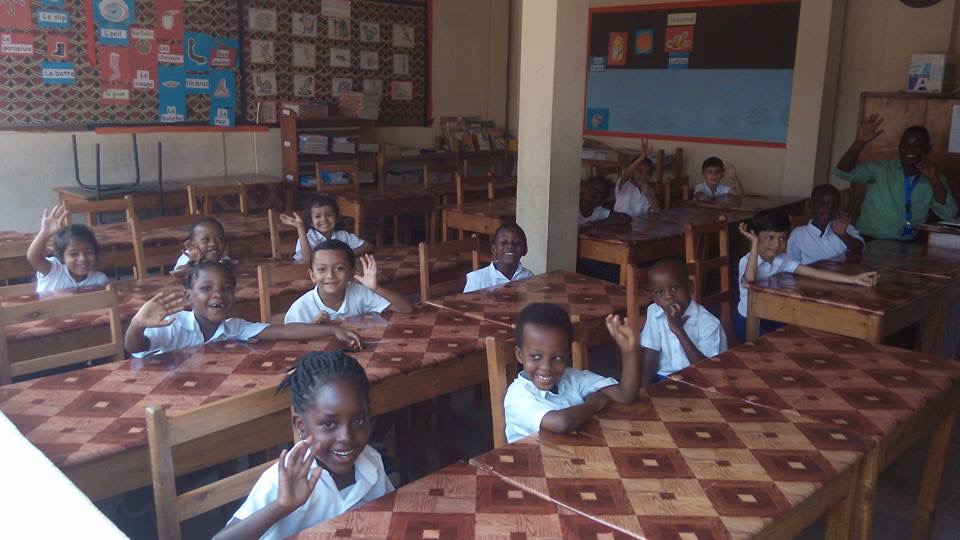 Jeremy done, back to me:

I can so relate to the anguish Jeremy feels, knowing his colleagues are struggling to eat as a result of their slashed salaries. 85 staff, with maybe another 400+ children as their dependents. Education is key. As he said, these students, having attended one of Burundi’s premier schools, will be the nation-shapers of the future. £50k/$70k will get them over the hump at this time, and then we trust as student numbers pick up this lean establishment will begin raking it in and thriving again for God’s glory. If you can help, please donate here and earmark it for The King’s School. If you can’t give, they’d value your prayers. Thanks so much.