I turned 43-years-old today, which provides a natural chance to look backwards as well as forwards. 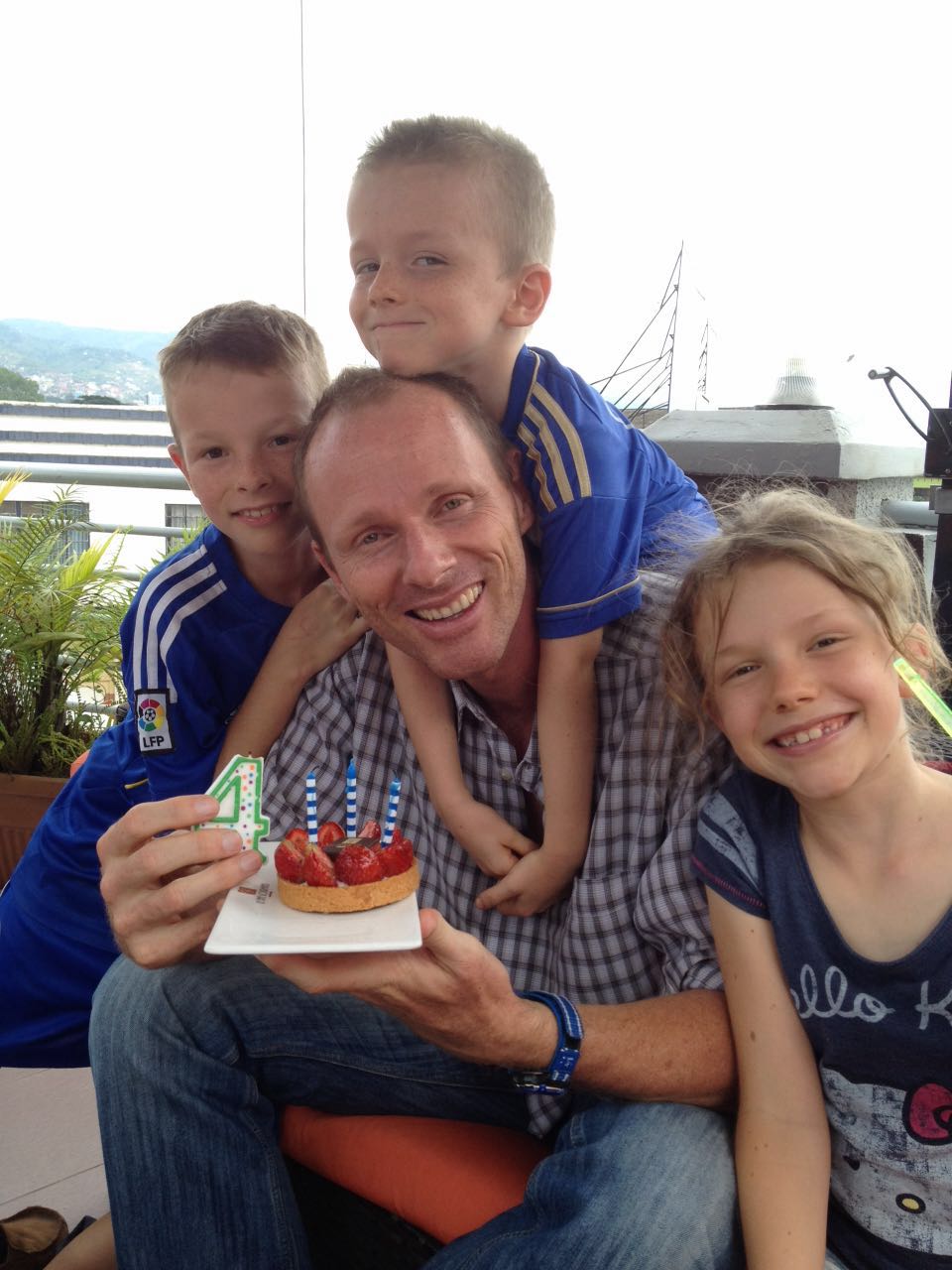 As I review this last year, it feels somewhat schizophrenic.

I have a wonderful life in Burundi. It is incredibly challenging, exciting, and fulfilling. Our marriage is strong, the children are thriving, we are all healthy.

Amidst great upheaval, we experienced God’s stunning intervention and faithfulness. As the crisis loomed last April, Josiah’s accidental inhaling of a kernel of popcorn into his lung meant the family left the country because he needed an operation that couldn’t be carried out in Burundi. Lizzie and the kids flew back. The following week a failed coup took place and things further deteriorated, but they missed out on what might have been a highly traumatising episode. Meantime in Southampton, a lovely free home was provided for us, and the kids went to a wonderful school that they blossomed at. Thousands around the world prayed. And beautifully, amazingly, a day before Josiah’s invasive operation was due to take place, he coughed up the kernel and therefore no longer needed it – something that simply does not happen. Thank God! Over the next few months, we made the most of being (rich) refugees and thoroughly enjoyed time with family and friends (particularly over the Christmas period) that we don’t normally have the chance to share.

So much to be thankful for.

Yet I think it’s fair to say it’s been the worst year in my life.

That might just reflect what an easy life I’ve had in general, but it’s true.

In January, we took the (some would say) bold or (some would say) foolish step to return as a family to beautiful but broken Burundi. It was an act of faith, of defiance towards those who forecast genocidal doom. Burundi is our home, we are now Burundian nationals, and we want to be here, on the ground, part of the solution rather than getting further depressed at a distance listening to and reading (often twisted) reports on what is taking place.

So here we are, and I’ve shed more tears these past eleven months than in all my previous four decades put together. Watching Burundi tear herself apart, seeing dead bodies in the street, listening to gunfire and knowing that innocents were being caught in the crossfire; observing the collapse of long-standing transformational initiatives, hearing about my colleagues’ traumatised children, facing the reality of the consequences of the withdrawal of international aid; we hoped that war was in the past, but progressively things have degenerated to the extent that now things are as bad if not worse than those bad old days, because Bujumbura, which is the economic lifeblood of the country, has almost ground to a halt.

I dread going to my office to have to deal with desperate mothers begging me to provide for their children’s education, fathers who can’t feed their kids, relatives of sick folk who aren’t allowed to leave hospital until they have paid their bills, freshly-unemployed friends lamenting over how they will survive the coming days, folks whose roof blew off in the previous night’s storm, and more.

I eat well, take exercise regularly, and insist on retaining a (some would say quirky) sense of humour. Laughter is critical to survival, I reckon. And honestly, for those of you who worry about my sanity, I think I’m doing OK. Yet I also often do feel like I’m about to crack up, break down, or howl in despair (that’s happened once or twice).

My biggest challenge is clinging to, and in turn offering, hope. I ask God regularly to help me bring encouragement and hope to those I come into contact with. They have so much more on their plates than I do. Life is so, so tough for so, so many of them. I’m humbled by the dignity, endurance and faith I repeatedly encounter.

Looking ahead, of course we want to stay. That’s our plan. Nobody knows how things are going to pan out, but humanly-speaking, the signs aren’t good. Day-to-day living is relatively ‘normal’ for those of us that aren’t impoverished, but the situation is very fragile indeed. We have an emergency bag with key documents and basic clothes packed and ready, hoping we’ll never have to use it. The uncertainty of the future for us is compounded by the fact that Lizzie’s Mum has leukemia and we don’t know how long it will be before she graduates to glory. We don’t want to have any regrets over missing precious times with her and Dad, so that might swing our leaving dates at some stage too.

So as we move through Holy Week, we remember how things couldn’t have been more bleak or depressing on that first Good Friday. Yet unlike the scattered disciples, we know the rest of the story: Sunday’s coming!

I often quote these words from Oswald Chambers, so I’ll close with them, hoping they bring you both comfort and challenge: “Future plans are uncertain, but we all know that there is first God’s plan to be lived, and we can safely leave everything to Him, ‘carefully careless’ of it all.”

He is risen indeed! Happy Easter!