In January, I shared with you ‘a fairy tale come true for the ugliest duckling in Burundi’.

Well, on Saturday, he got married to his babe, Floride!

Nobody, NOBODY, could ever have believed this was possible, from being the ugliest disfigured reject in Burundi twenty one years ago. God is amazing! 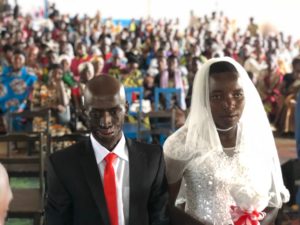 In 1997, he had seven operations on his body, some lasting 8-10 hours, and was in a coma for four days. His body couldn’t take any more, and the surgeon said maybe a decade later more work could be done. In 2011 and 2012, we flew him to Kenya, he had four further operations, between 12 and 15 hours long! Mind blowing…

And then we sponsored him through his studies. He got a distinction in his degree (as did Floride), and now they are married. Wow, wow, WOW! 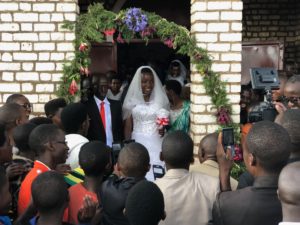 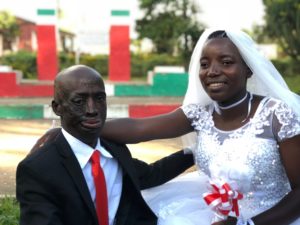 OK, so here’s the rub. He’s suffered so much, he’s dug so deep, it’s an amazing story, truly. But, he has become dependent and expectant of our help. That is unhealthy.

So this is my last mention of him, and we’ll see what the Lord does with it:

He and Floride trained as pharmacists, so they want to set up a pharmacy. She, despite her distinction, is unemployed. He just got a job and has been posted to the middle of nowhere with a salary of $60/month. That’s a disaster for them because they won’t be able to afford to see each other at weekends, and her living there in the bush with him is giving up on getting a job. They’ve done their research, and with $5,000 they can buy a pharmacy that is already operational off someone who has several and is ready to sell and help them get going. 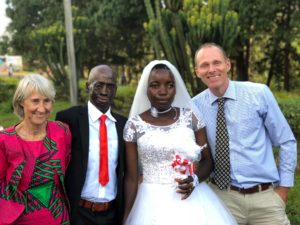 Then, they’ll hopefully be set up for life. There’ll be no more need for help from our end, and there’ll be a beautiful sense of seeing an amazing story through.

No pressure, but do you want to be a part of it? If so, please click here. If more than enough comes in, we’ll be able to bless other folks in desperate need. 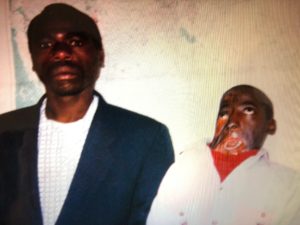