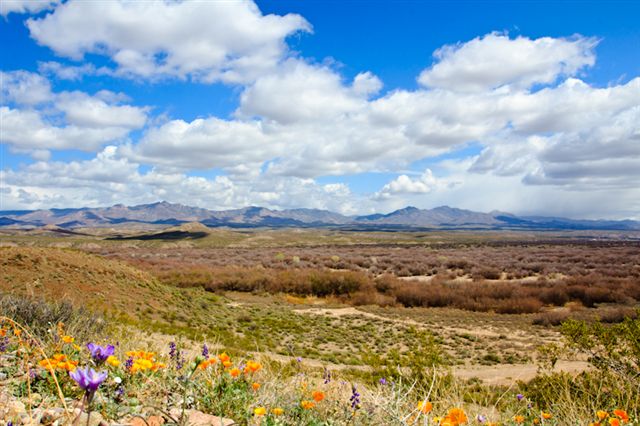 (Arizona scenery)
The day got off to an ignominious start for me. Sleep is crucial to recovery in these endurance events, but I woke up at 2am dehydrated, and didn’t get back to sleep at all. I did drink three bottles of water and eat three bananas in the meantime, but largely lay there thinking about how totally daunting this attempt is. Our challenge is that there is almost no room for anything to go wrong, in terms of trying to catch up time, and today something did go wrong.

Sleep and food – the keys to lasting the course. I’ve talked about sleep, now onto the food. It’s just so hard to eat enough in the day. We need to be eating most of the time, so food is just total drudgery. And, as we knew beforehand, it plays havoc with your gut. So Jeff and I alternated running to the toilet to do our thang, and I had stomach cramps in the mix.

I woke everyone up at 5am so we could drive to our starting point, which was quite a long way away. It had been a bitterly cold night, and when we set off it was still very cold, but actually it’s much nicer to cycle in those cold hours after being exposed to so much sun in the last few days. The road we took was pretty much straight for 50 miles, so actually totally dull, but we made good time, and stopped for lunch after 55 miles. On the way we came across a bearded scruffy-looking guy who’d been walking across the USA for the last five months. Good effort!

Craig’s front deraillieur started causing problems and needed fixing, and it was a beautiful coincidence that the only bike shop in town’s mechanic was off for the day but he stopped in as Craig arrived. Excellent. Then when we stopped off in the afternoon at a Shell station, Jeff discovered two of his spokes had broken off and his wheel was bent. We’d made such good time that this was potentially a total spanner in the works, ending the day at 230pm and costing us 50 further miles. But no, John our driver arrived right on cue (normally we only hook up after a few hours), and he had Geoff’s bike on the back. But the cleats didn’t match Jeff’s (for non-cyclists, you clip your shoe into the pedals, and there tend to be four main designs, and in this case they didn’t match – aargh!).

But let me rewind a bit. Last Saturday, when we were still in LA preparing for the trip, Geoff and Jeff were walking down the street with their host family and came to a friend’s yard sale. They shared about Bike for Burundi, and the husband, Bob McManus, promptly offered his high-quality Felt racer as a donation. Wow! So we took it as a spare, and lo and behold, Jeff’s cleets matched his pedals! Bob, you total legend! The bike obviously hadn’t been used in months as the chain was filthy, but after some cleaning work, we were good to go again.

So off we blasted with a decent tailwind under the baking sun. We came to a town called Surprise, just outside Phoenix. There have been some fun names of towns along the way. Yesterday when I was discouraged at our lack of progress, I had my head down and was just plodding onwards, when the others behind me called out to look up. We were entering the town (or rather it was more like a hamlet) of Hope! That was a real encouragement to me. And then a few hundred yards later as we exited the hamlet, there was another sign which read ‘Beyond Hope’!

Anyway, back to Surprise. Here comes my confession. Can I really stoop so low as to share it with you? Aargh, OK. My gut, as already mentioned, has been playing up as we adapt to weird foods in silly quantities. Well, as we cycled along a busy street, I followed through! I can’t believe it happened, and I can’t believe I’m broadcasting it to the world, but actually the whole physiological dimension of the trip is a key component, so I’m giving you the real picture in the name of transparency, as unedited as I dare! I delicately got off and asked a friendly Mexican mechanic if I could use his bathroom, and went in to restore some personal dignity. There you go, that’s the (Surprise) confession of a (supposed) holy man with a dicky tummy! Enough said.

Wonderfully, in the meantime John was able to get Jeff’s bike fixed. We got a bit lost because of roadworks and eventually stopped as it got dark, but the great news for us is that we covered 113 miles, 15 more than was planned for the day. Amazing considering how it could have been because of both Craig and Jeff’s bike issues. I know many of you are praying. There’s the fruit. Thanks for being on our team! 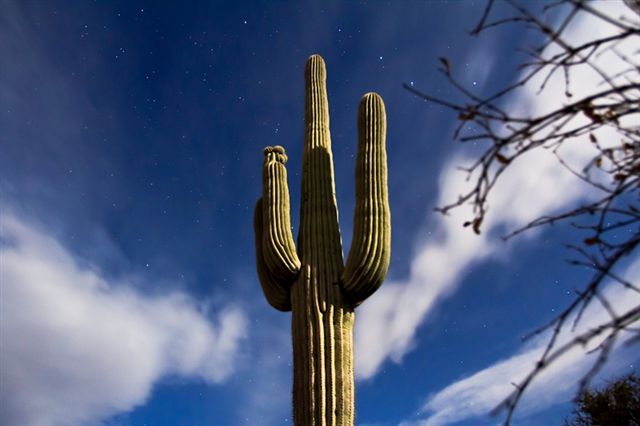