What an incredibly memorable ten days we’ve just had!

20 folks from the USA, Greece, Sweden, Rwanda, Brazil and Kenya flew in to form the Surge team for a superb and sometimes surreal outreach in Burundi. The idea was to use football as the World Cup kicked off as a tool for reconciliation, and as a platform for sharing hope in Christ. There were pastor seminars, football coaches training sessions, and inner healing mini-retreats, and it was a hugely challenging thing to organise. It went about as smoothly as I could have hoped, and the team consisted of a wonderful bunch of folks who got stuck in, served, laughed and got their hands dirty in a beautiful way. 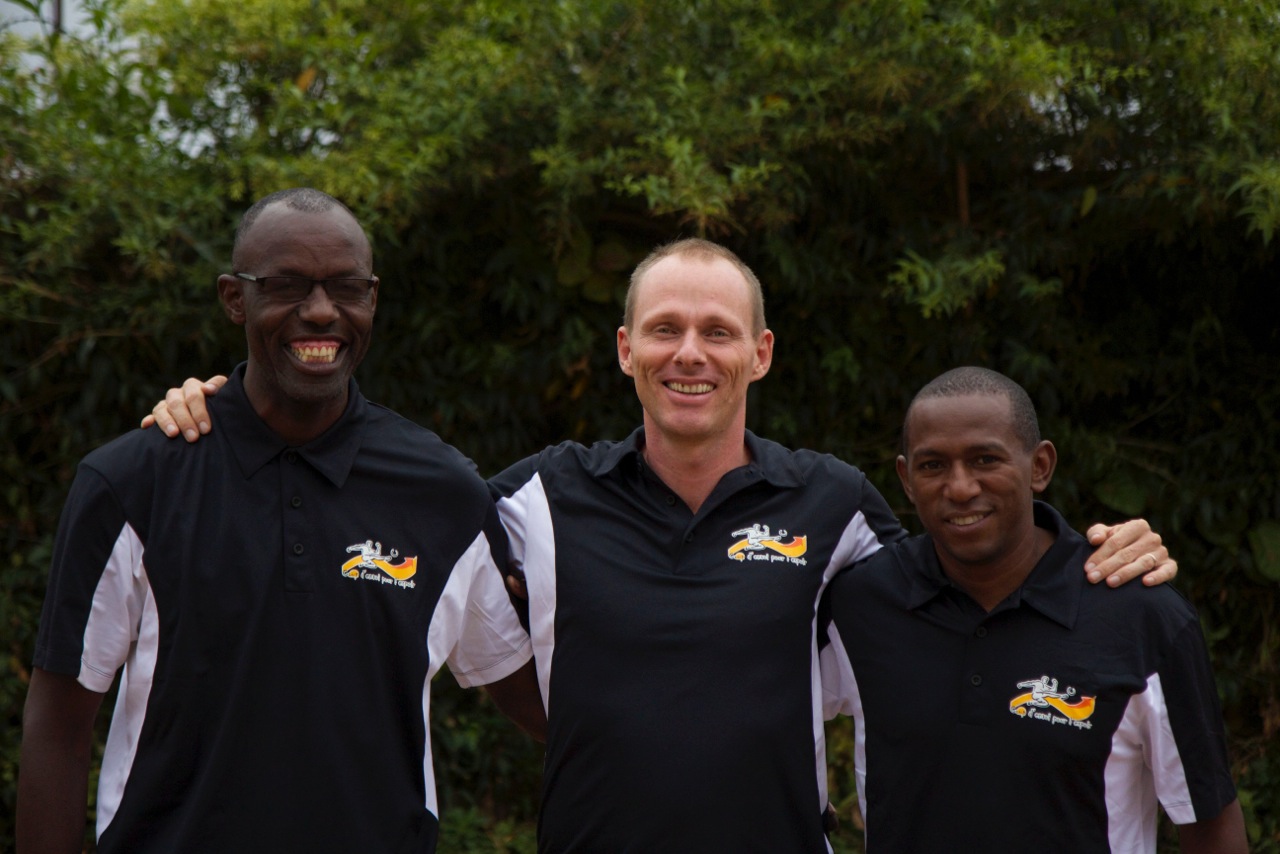 Our team had a few pros, but the undoubted stars were Mineiro (above right) and Musa (above left). Mineiro played for Brazil in the 2006 World Cup, as well as for Sao Paulo (scoring the winner against Liverpool in 2005 in the World Champions Cup), Chelsea and Schalke. His testimony was all about being a midget and therefore always being told that he’d never make it in football; but he persevered, held onto his dreams, and had a great career. “Don’t let go of your dreams!” he said repeatedly. He’s a very gentle and humble man, and totally passionate about Jesus. Musa was a delight to spend time with. He captained Kenya for 17 years, got 150 caps, and is a household name and hero there, now commentating for Supersport. He said he had it all – fame, adulation, and material wealth – but felt totally empty, until he surrendered to Christ.

So we got to play two matches in the national stadium, and lo and behold, I even got to play 15-20mins in each game, which was a total bonus treat, although it made me realise that football fitness is completely different from cycling fitness. My aches still wake me up in bed when I turn over! 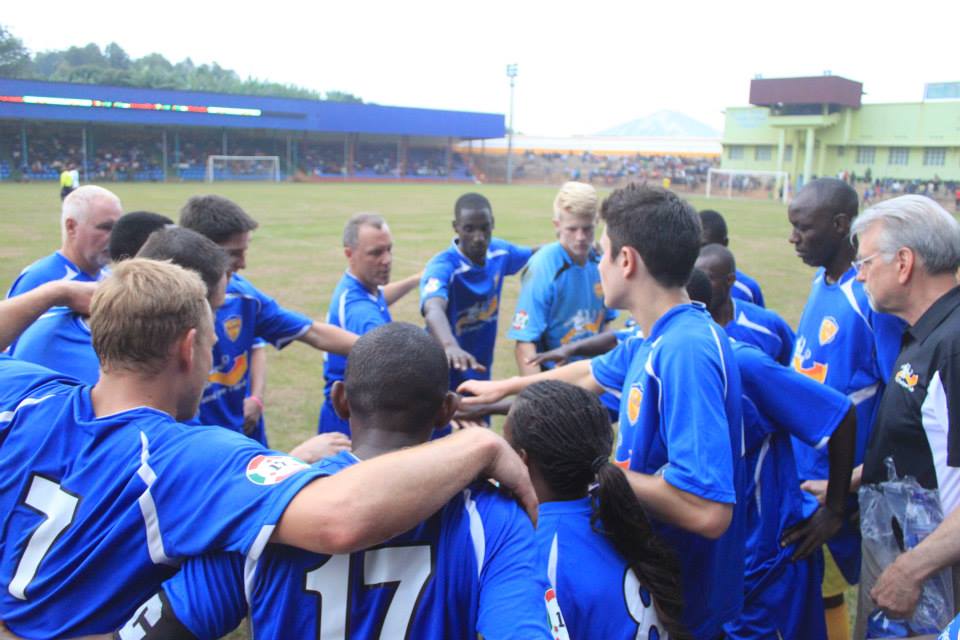 The undoubted highlight was playing the President’s team, Hallelujah FC, in his personal stadium (above). This is where it got a little surreal. He scored a world-class goal, and not because we let him. They had a corner, and he was ten yards outside the penalty box, so nobody would have marked him anyway. The cross came in and he volleyed it into the top left-hand corner from a full 35-yards! The crowd erupted, and it was bedlam. Then five minutes later he scored another from outside the area, it was unbelievable! Below we’re all with him and his team after the game. His goals have been shown repeatedly on national television throughout this week! 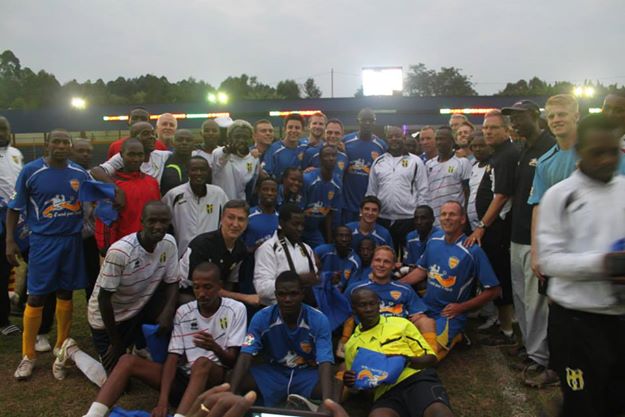 After watching England lose to Italy and getting to bed at 2am, I was woken up the next morning with a phonecall from the President’s chief advisor, inviting us for supper in the palace back in Bujumbura. So after splitting up and preaching in six different churches, we drove back down the hill to the capital, and had a fun (and surreal) evening singing, dancing, and worshipping with the main man himself (his critics often accuse him of praying too much and playing football too much). He shared that in his nearly four decades of playing football, that was undeniably his greatest goal scored the night before – just our luck! (We lost 3-1 by the way, with the irony being that our two best players both missed a penalty, so it really was an extraordinary game). 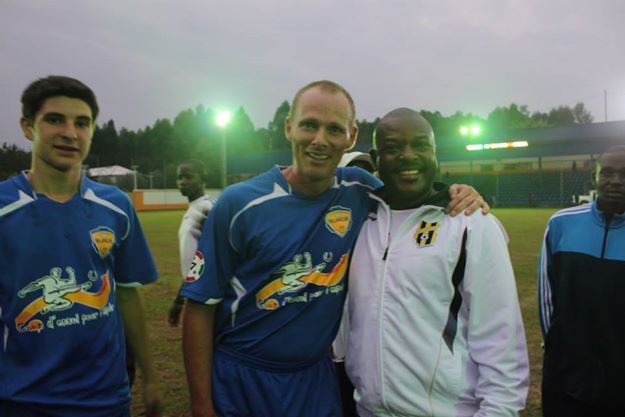 Having lost our first three matches, we really did want to redeem ourselves, and we duly did with a 5-2 win back in the national stadium. But wherever we went, it was a platform for sharing with the crowds (Musa doing it below), training and empowering folk, and generally using sport to encourage and unite people. Many great things happened throughout the tour, none more encouraging than the two Burundians who joined our squad who gave their lives to Christ in church last Sunday. 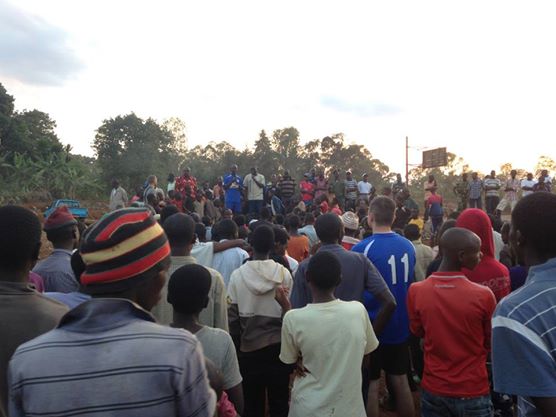 Surge’s founder, Dave, has taken teams over the years into several dozen countries around the world, but he told me this was his best mission trip yet – so Dave, if you meant that and weren’t just trying to flatter me, then I’m delighted for all of us, and we can truly say that it was mission accomplished!

There’s plenty more that could be said, and I know articles even this week have come out in the media about the President and what is going on in the country. I’d just ask you all to pray for him – for wisdom, courage, and protection; for his government to embrace lifestyles where they eschew corruption and promote democracy and freedom; for lasting peace, stability and prosperity in Burundi.