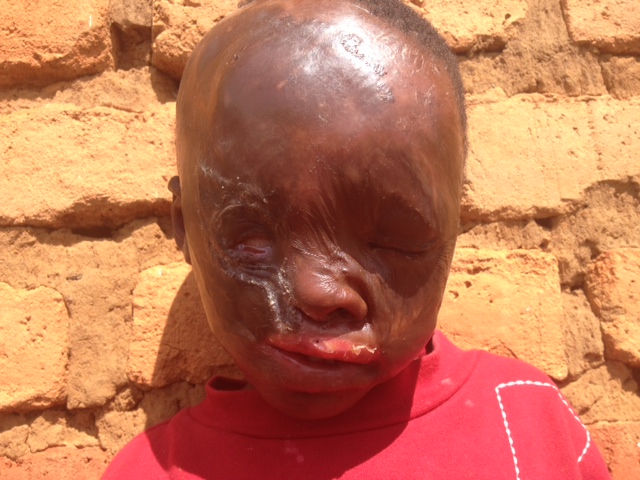 About 1 year ago, he fell face first into a fire and became stuck for several minutes. As you can imagine, he was tragically and critically burned. He has had to travel to Uganda for a few surgeries, and is currently stable. 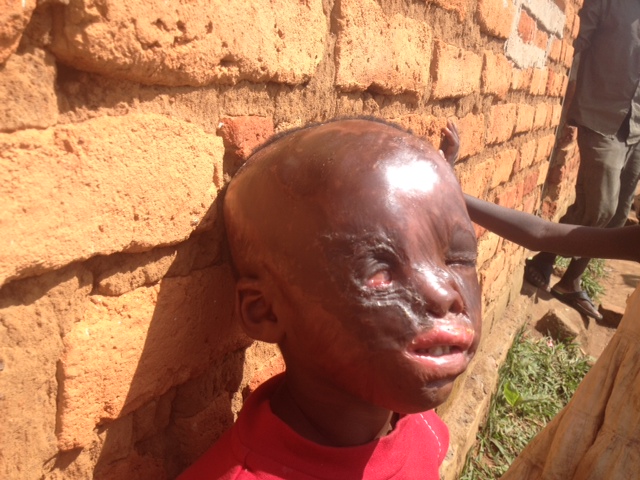 Last week a friend in the USA of my buddy Ladd spoke with the Doctor at Shriner’s (famous medical place there), and they have agreed to take on his case. They are very excited to get him there as soon as possible to re-build his face and give him the best chance they can at a somewhat normal life. His one remaining eye is currently infected and there is a risk of him going blind. He is otherwise a healthy and a spritely little boy.

Shriner’s is ready to perform multiple surgeries on him and even work on fitting him with a prosthetic eye and also other care to prevent future deformation that will likely worsen over the years. All of his care, food, hospital stay, and prosthetics would cost hundreds of thousands of dollars. They are ready to do this all for no charge as soon as we can get him here. We are needing to raise enough money for air-fare for him and a care-giver (Alex, below, who took him to Uganda last time), to and from Boston and a few small things like a VISA, etc. (hopefully around $5,000). They are anticipating a 4-6 week stay here, and a minimum of three to five surgeries. 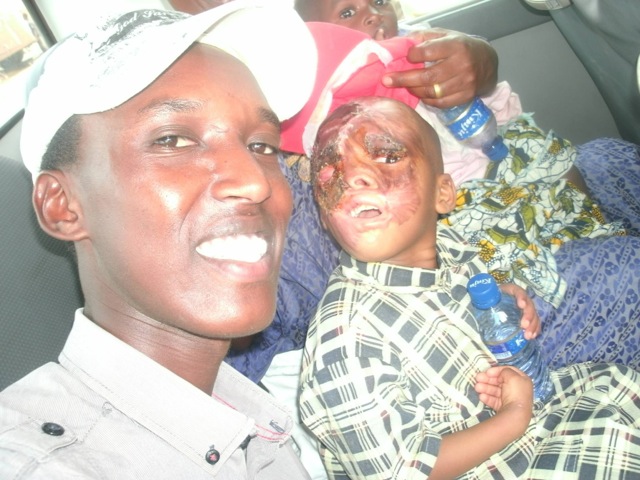 So here’s flagging up a need. Do get in touch if you want to help.