I’ve just read a fascinating article from Christianity Today. It’s hugely encouraging to hear what is taking place in India. I love having my preconceptions and orthodoxies challenged too.

The article’s long, so I’ll just include two sections below. One because it’s such an intriguing contextualizing of the gospel, the other because it’s simply so heartening, and challenging to an often exhibited Western superiority complex. Why look to so many flawed models of growth in the USA, for example, when we can learn from stunning examples coming out of India? The whole article is definitely worth the read if you have the time, but if not, be edified by the below. Or maybe Lal’s approach will be shocking to you… 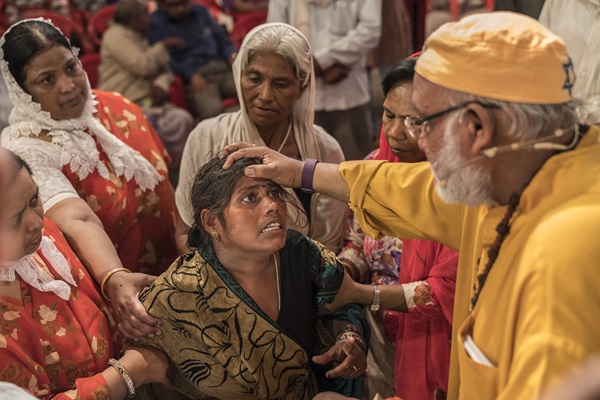 Gospel with Fingers Not Forks

…When accused of converting Hindus and Muslims, Pastor Lal of Yeshu Darbar explains that he never asks anyone to leave their current religion.

“I consider other religions as cultures. I tell them, ‘Why don’t you take Jesus Christ and make him a Hindu? Make him a Muslim. Make him a Buddhist,’ ” he says. “I’m giving them the gospel of Jesus along with Jesus. And I guarantee you, if they accept Jesus in their own setting, transformation will take place.”

Church leaders across the subcontinent will explain that most Indians consider Jesus to be a white, Western god. Lal seeks to separate his Savior from the stereotype. “Christianity trapped Jesus Christ so that the Hindus and Muslims cannot get to him,” says Lal. “We are de-Christianizing Jesus.

“You [Western Christians] are presenting Jesus with a knife and fork, but we Indians are accustomed to fingers,” he says. “The gospel has to be eaten with fingers here.”

Howell vouches for the orthodoxy of Yeshu Darbar—its members repent, take baptism, and renounce idol worship—as well as God’s blessing. “For God to start this in Allahabad, it is the laughter of God,” he says. “And of all people, he chooses a scientist.”

“All movements are messy,” says Singh. “But what’s undeniably clear is that the Spirit is active and doing something new in our time.”

Singh takes an optimistic—and, he argues, biblical—stance on Christward movements. He cites the “Barnabas principle” from Acts 11, when the Jerusalem church sent Barnabas to investigate the newly formed Gentile church in Antioch. “Barnabas probably found the form of worship and presentation of the gospel among Gentiles to be different than among Jews. But when he found evidence of God’s grace, he was glad and encouraged them. This gave him an avenue to later teach and disciple them.” Thus, Singh’s stance: If grace is present in a movement, then encourage and equip it.

In fact, some Indian experts think Western or traditional churches trying to impose their cultural form of Christianity could disrupt church growth even more than Hindutva extremism. “If we come in with a theology checklist intent on giving certificates of orthodoxy, there is a danger of these groups getting completely withdrawn and isolated,” says Singh. “They need the body of Christ.” His goal: “facilitating these groups without fracturing the unity of the church.”

He says one biblical example is John 4:30, where many Samaritans “made their way toward” Jesus, who warns the disciples against hindering them. “These people are on a journey, and taking baby steps toward Christ,” says Singh. “Don’t see them through eyes of prejudice, like the 12 disciples saw the Samaritans. Learn to see them as Jesus did.”

“We need to take risks and take Jesus to new settings,” says Howell. “Jesus is alive. He will take care of himself.” 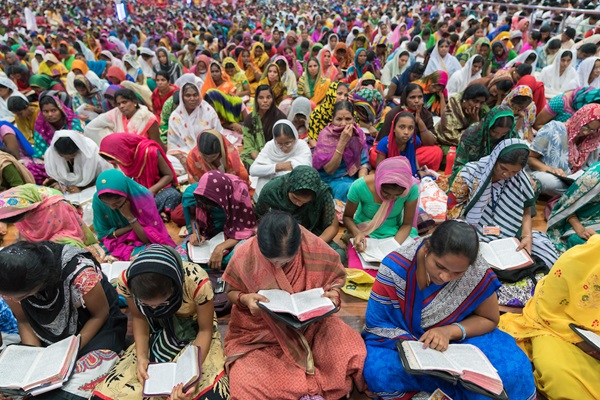 Back in Hyderabad, Kumar started Calvary Temple 11 years ago with 25 people; today it claims to be the second-largest church in the world (150,000 members) as well as the fastest-growing (80,000 joined in the past three years). He estimates that 70 percent of his congregation comes from non-Christian backgrounds, and 70,000 are younger than 30.

Kumar has scaled his church efficiently: Members mark their attendance by scanning key cards at each entrance kiosk, where they pick up a small white cup filled with prepackaged Communion wine. Nearby, long metal racks hold more than 100 pairs of shoes in rows eight feet high. After its third service, the church feeds lunch to about 15,000. A free health clinic sees about 1,000 patients each Sunday, while a pharmacy offers free and discounted medicines. Every member who doesn’t attend on Sunday gets a phone call asking the reason and offering prayer. And every member gets a birthday cake delivered to their doorstep.

Kumar has achieved such scale without the theological shortcuts that many megachurches in the developing world take. Calvary Temple’s tagline is “only for those who worship in spirit and truth.” He emphasizes that his church is a “Bible-based church” that does not participate in charismatic signs or prosperity theology. 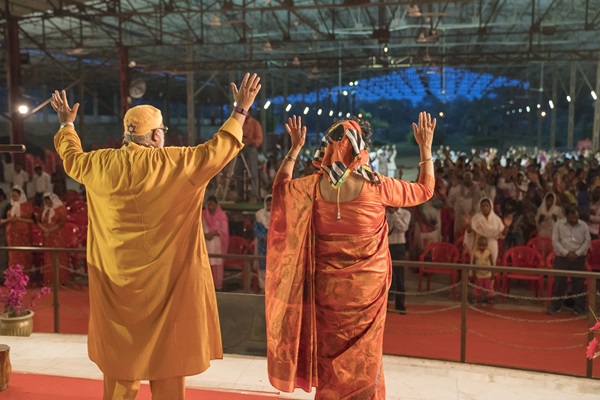