I hope you’ve had a good summer. We’re back in Burundi now, and we didn’t give the kids the time to get despondent about returning to school – we left the UK at 345am yesterday, arrived at our home in Bujumbura at 9pm, and nearly overslept but made it to the school start at 730am today. 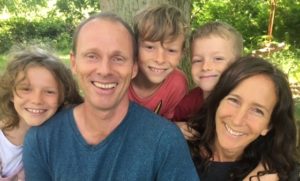 I wanted to give some quick feedback on my favorite activity of the year, our annual summer outreach for two weeks in August. In the end, we sent out 525 young people. A few were arrested for short periods because of the local authorities’ suspicions of what they were up to – the general situation in the country is fragile so a close eye is kept on all that is going on. Two teams were simply not allowed to operate at all.

The methodology combined serving in the community with gospel proclamation. In Mwaro province, they came across a destitute family whose leader was an infamous witchdoctor called Kaziri. They nursed the children and grandparents, bathing their wounds and pulling out jiggers. Kaziri was blown away by the love shown, and gave up his charms and various paraphernalia to be burnt. When neighbours heard of his conversion, they came to investigate and when they saw it was genuine, another seventeen decided to follow Jesus. 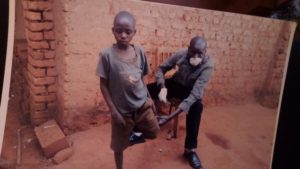 Hopefully more wonderful stories will come through in due course from all those scattered groups. Over the two weeks, 4,019 people chose to become followers of Jesus, including three witchdoctors and five Muslims. May they all be built up to last.

I just read this quote from C.T.Studd: “Let us not glide through this world and then slip quietly into heaven, without having blown the trumpet loud and long for our Redeemer, Jesus Christ. Let us see to it that the devil will hold a thanksgiving service in hell, when he gets the news of our departure from the field of battle.”

Over and out for now, go for it on your field of battle!