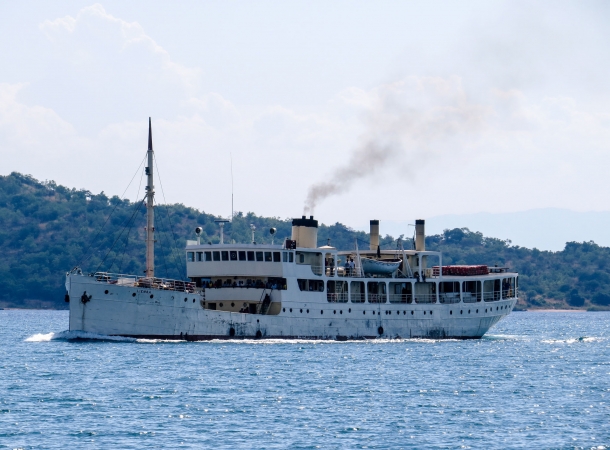 The MV-Liemba is the oldest ferry in the world. She was built by the Germans on the eve of World War One as a battleship to assure their dominance of Lake Tanganyika. Later she became famous through the book ‘The African Queen’, and then the film starring Humphrey Bogart and Katherine Hepburn. Through several sinkings and reincarnations, she is now saving the lives of Burundians as she enables 1,200 refugees to be ferried to Kagunga in Tanzania every day, where over 50,000 destitute people are languishing. 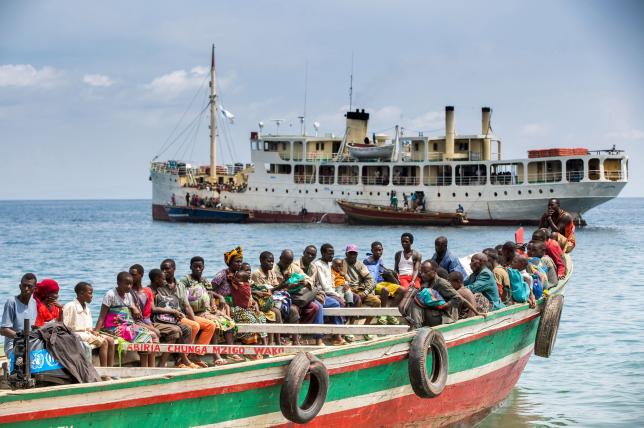 Why are they fleeing? They are frightened. Many speak of intimidation by the Imbonerakure (see this UN report), the ruling party’s youth wing. Or they are starving. Large numbers of children have arrived unaccompanied, making the dauntingly uncertain journey alone. In a sense all of them for whatever reason, even as they embark on the MV-Liemba, are fleeing what they fear is a bigger metaphorical sinking ship…

As for me, I am extremely torn today as I fly back to family after six weeks apart. I’m so looking forward to seeing Lizzie and the kids again, but I’m profoundly sad to be leaving my adopted homeland and so many precious friends here. For me my leaving is most definitely not fleeing. I long to stand here in solidarity with them through these tough times. But instead my role for the coming months will be at a distance as I speak around the UK and fly the Burundi flag there.

What will happen in the coming weeks? That is the question we are all asking ourselves.

Objectively, things are not looking positive. For the world’s hungriest nation (57% of the population suffer from malnutrition) to see its food prices go up by an average of 30% is catastrophic. There are serious concerns over planting for the next harvest. If that doesn’t happen, it is another delayed time-bomb. For the second poorest country in the world’s urgently needed tax receipts to decrease by a staggering 35% last month alone speaks for itself. The Germans pulled their aid funding yesterday, the latest in a long line of nations or bodies to do so, after the US, the EU, the Dutch, the Belgians, France and others. Half the nation’s budget is made up with foreign aid, which can no longer be counted on. The ruling party, pressing forward with what they insist are legitimate, free and fair elections, is thus having to take much-needed money from their agriculture and health budgets to cover the shortfall in money for the elections themselves. There is no independent media any more because the radio and TV stations were burnt down, and most local journalists have fled the country. Two of the five members of the electoral commission resigned and also fled the country last week. Need I say more?

OK, I will. The question many are asking is where have so many young men disappeared to from suburbs like Nyakabiga and Musaga? There are rumblings of a rebellion in the planning, which if embarked on would be a step back into the dark ages for us. A number of military have gone AWOL, particularly after the first failed coup. What will these people do? The ruling party and the opposition show no willingness to compromise and it seems the horrific specter of civil war is looming larger and nearer. Please God, no!

Burundi is a beautiful country. Burundians are typically generous, hospitable, and dignified. The vast majority yearns for peace. We’ve come so far in the last decade since the war ended. Yet now, it appears this nation is steadily and stubbornly imploding and needs spectacular Divine intervention – which is tricky when the President is the most outspokenly evangelical head of state on the planet who believes he is God’s man for the job, and on the opposition’s side the Catholic Church and many other people are completely confident that a fresh start under new leadership is what is required. Whose side is God on? What a question… One of Burundi’s top theologians and visionaries said to me over breakfast this morning: “Simon, sometimes when we see what is done here in God’s name, it is hard to trust God and I can’t understand why He is allowing it to happen.” Many of us are wrestling with these issues.

So I fly back to England in a few hours, and I’m thinking about the ship that is Burundi. She appears to be sinking. Some think she can be patched up, some are continuing their lives in total denial like the dancers partying away on the tilting Titanic, and some are unequivocal in their opinion that a revamp simply isn’t enough – a brand new ship is needed, nothing less.

I as a man of faith want to believe that we can get through this time without significant bloodshed and widespread suffering. I want to believe we are on the cusp of a hopeful new dawn for this beautiful but broken nation. I want to return in a few months to a stable and consolidating country. Can it possibly be? Only God can do it. O Lord, forgive my pessimism and help me in my unbelief…