It was what was written on Francine’s T-shirt that grabbed my attention. 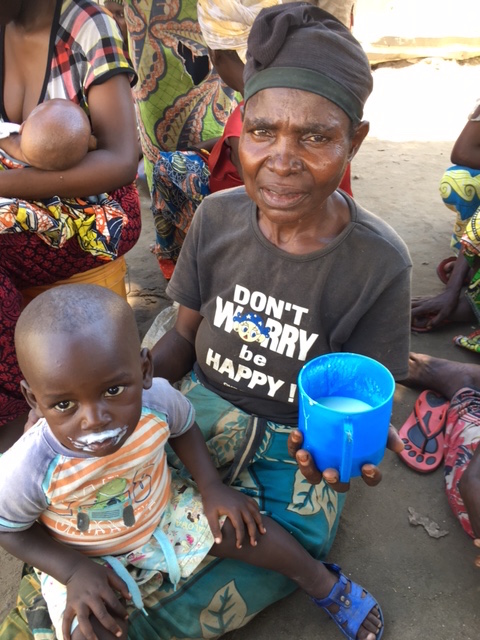 It simply couldn’t be more inappropriate, of course, because here she was, languishing with about eight hundred other impoverished displaced people in the most miserable of conditions.

Just over two years ago there was terrible flooding on the outskirts of Bujumbura, during which more than 130 people died. Over four thousand houses disappeared in a few hours, some of them literally without any remaining trace. Francine was one of those caught up in that time, after which she and these other precious folk were dumped on a small plot of land 5km outside the capital at a place called Carama.

For the last two years then, we’ve been involved in helping them with food, and for the last year have provided the children with 100 litres per day which has massively reduced the hideous malnutrition rate. Gateway Church in Swindon and others from the New Frontiers network have sacrificially contributed so that there is a monthly food distribution to these people who are clearly amongst the poorest on the planet. Without this help, many would have died by now. No doubt at all. 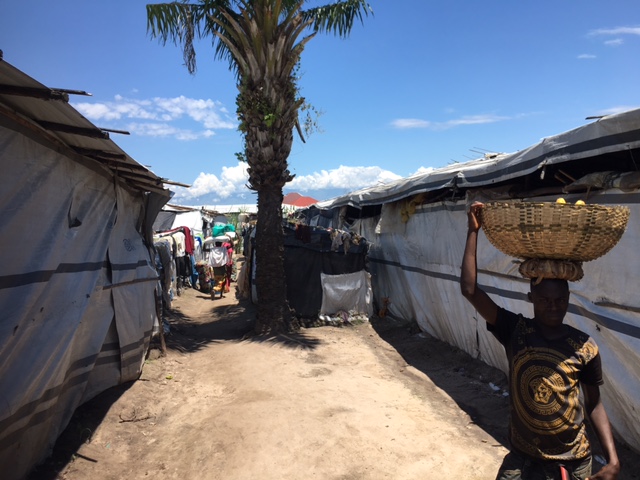 And Evariste, whose initiative it all was in the first place, organized the most basic of classrooms for the 280 kids to receive an education – that’s 140 kids in each class, and we’ve hired a few teachers – hardly ideal but at least providing some hope and structure to these cast-offs of society. 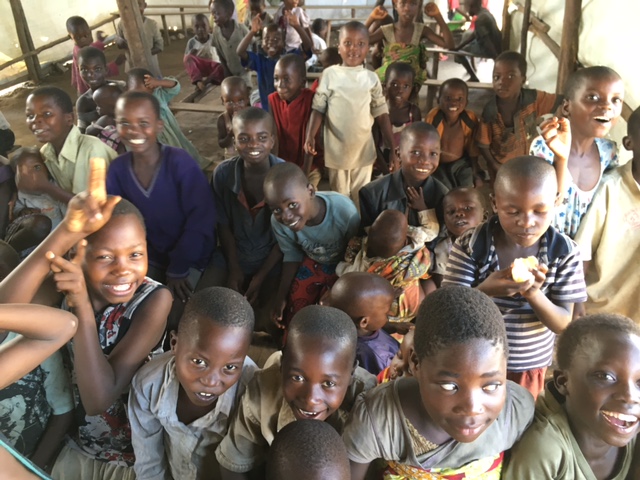 I often tell the story of a little street urchin in the slums. He believed in God and another boy was teasing him one day: “If God loves you, why doesn’t he take care of you?  Why doesn’t God tell someone to bring you shoes and a warm coat and better food?” The little lad thought for a moment, then with tears starting in his eyes, said, “I guess he does tell somebody, but somebody forgets…”

Francine didn’t know what the writing on her T-shirt meant. She was grateful beyond words for the bag of maize and beans she received. She and her grandson Eric will live another day. Don’t worry, be happy…

If you also don’t want to forget, and are able, please do help by clicking here. 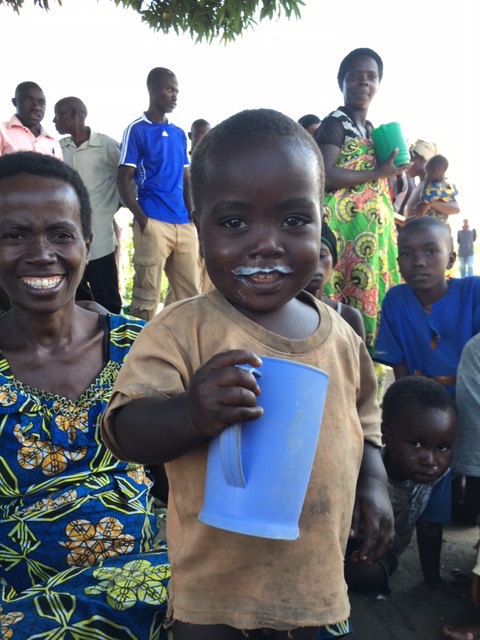 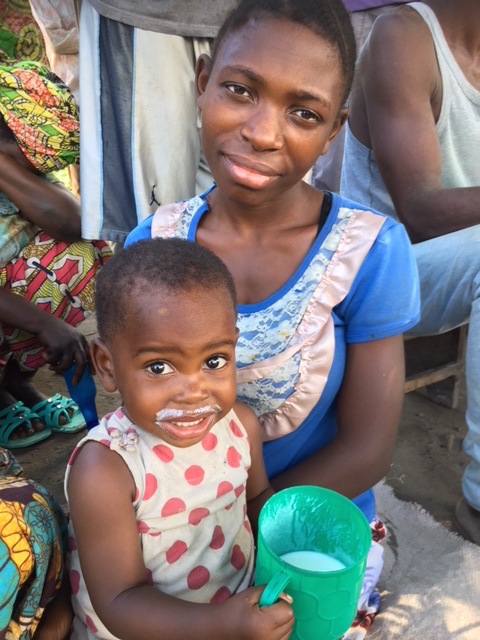