A few months after Burundi’s war kicked off in 1993, a tract was circulated entitled ‘Abantu b’Imana bagiye he?’

Where did God’s people go?

That was the question many were asking in a country so apparently Christianised – how could so many so-called Christians not stop the horrific violence taking place? Where had they disappeared to? Obviously there were more superficial converts betraying by their actions what they confessed with their lips than true disciples living out their costly faith in Jesus.

Well, we don’t want to be accused of the same in this latest Burundi crisis – not that I am in any way saying there is a comparable war in the pipeline. Actually, mercifully few people have died in the last four days of rioting, and I want to encourage you that I believe your prayers are being answered.

However, as back then in Rwanda and Burundi, so today the radio is the most strategic weapon to sow fear and anger, hatred and division. Everyone listens to the radio. I saw a cyclist riding one-handed with his phone/radio glued to his ear with the other hand, and then a driver meandered past along the road, similarly with one hand on the wheel and the other holding his radio by his head. Rumours and plain lies are reported and embellished, as well as some truth in the mix of course. Hence the government’s decision to close down the most popular station, RPA, accusing them of fanning into flames the conflict and encouraging further violence. 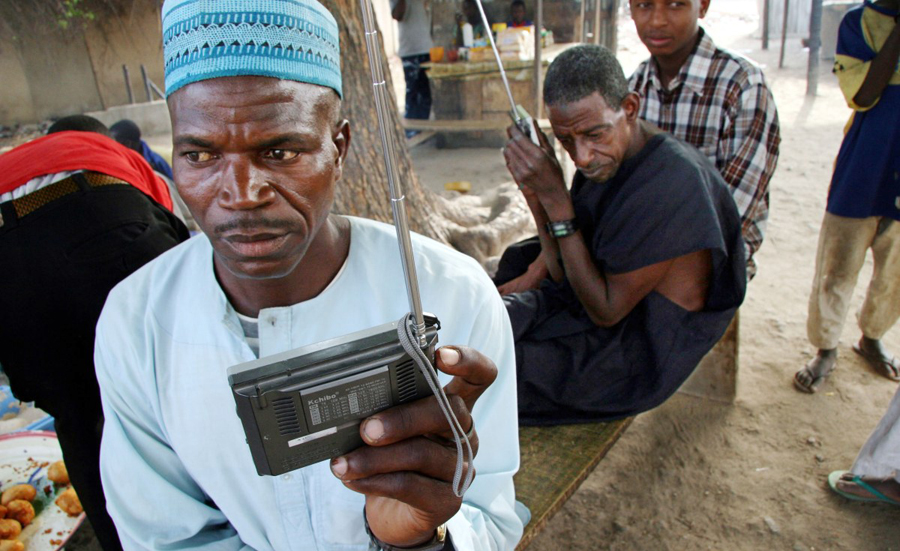 So yesterday I invited some TV and radio folks to a meeting to discuss how we can maximise the media to sow hope, peace, reconciliation – to bombard the country’s captive audience with truth and seize this critical opportunity to influence the course of history in our nation. I cannot think of anything more strategic to do in Burundi right now. The media executives were delighted at my suggestion, and we’re going to pursue it. It just needs financing.

£30/$50 would pay for a 1-hour programme that might get heard/seen by 100,000 people with repeat playings. Anyone want to help? A small sum can make such a massive impact. To donate, please click on http://www.greatlakesoutreach.org/join-the-transformation

PS It’s somewhat surreal, but as I write this there are men setting up a roadblock 150 yards away, chanting, blowing whistles, fires are burning, and it looks like one of about a dozen different disturbances taking place around the capital. Hopefully it’ll blow over. Friends are picking up our kids from school as there’s action near to them too. All the more what I write in the above is crucial. Do help if you can! 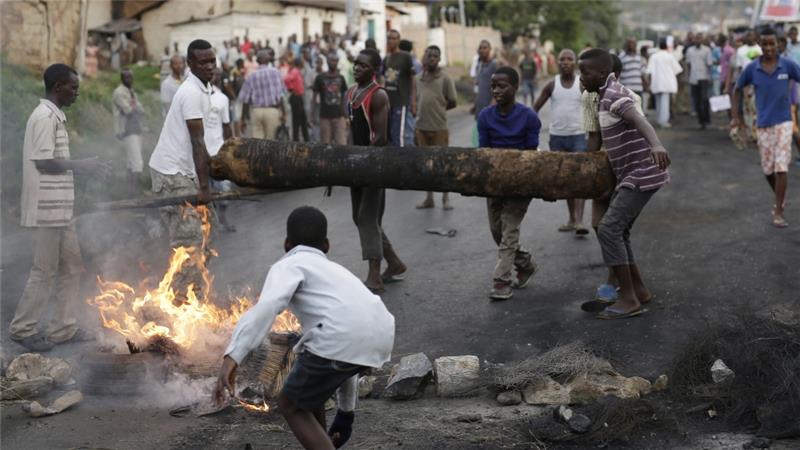 (This is a typical roadblock being set up, like the one down from where I’m writing, to stop police chasing)

PPS If you want a basic overview of the issues and why this is happening, I posted this yesterday, including some typical photos from the disturbances: https://www.simonguillebaud.com/blog/1-general/227-burundi-being-battered

PPPS In the time it’s taken me to upload this, the crowd’s mostly moved on, leaving burning debris in the road.