I forgot an important detail last night, and that was Ron’s transparent white boxer shorts. When we went for a quick cool refreshing dip in ‘the blue hole’ at the RV campsite, Ron jumped in along with the rest of us, but when he got out to jump again, the poor teenage girls voted with their feet by fast deserting the area. Ron was beautifully unaware and liberated, beaming with enjoyment and satisfaction at a long hard day’s cycling completed. Let’s leave him in the dark on this one, I don’t think it’ll happen again.

So our three new team members duly arrived at about 11pm last night after a five-hour drive from Orlando. Jeremy’s a keen cyclist, and century rides are a cruise for him. Brannon hasn’t done one yet, but I’m sure will be OK, and Marcus is their entertaining support driver. I met Brannon and Marcus in Burundi last year and then flew down to Orlando to speak at a number of meetings Brannon organized just a few months back – all great guys. We went to the Waffle House for an early breakfast and then all the team regrouped at the departure point. I’m not sure what it is about Marianna mosquitoes, but my bites from last night have turned into impressively large red welts. Craig was late back from his ‘family’ time, but we’ll let him off that.

I spent parts of the day in a somber mood as I received news of an apparently healthy 34-year-old friend who died suddenly last week in England. Being on this trip I’ve been out of the loop, but he died in bed next to his wife, leaving behind three precious children under the age of six. He was a fantastic man, gifted, gentle, kind, and compassionate. Devastating. There are no easy answers to the big questions that such tragedies elicit, but it’s a reminder how fleeting life is… None of us knows how long we’ve got, but let’s make sure we make it count whilst we’re here. I think of how many people are dying in Burundi right now amidst the hideous suffering (I’m hearing daily reports of how much worse things are out there), and that makes me all the more determined to raise as much money as possible to make an impact out there through what we’re doing.

We have followed the Southern Tier ACA official route so far, but that ends at the Florida coast, whereas we wanted to finish in Charleston. So from Tallahassee onwards, we were going by Google Maps as we cut north eastwards. We’d had a GPS with all the ACA maps programmed in, so in theory whenever we’d got lost before following the cue sheets, we could just refer to that and quickly get back on track. How would that work out now? Well, the morning went smoothly enough, although I pushed my knees too hard, so we had to collectively slow the pace a little on my account. Come Tallahasee though, it quickly became clear that it wasn’t going to be so straightforward. It wasn’t that big a deal, but we did get lost. It’s the state capital so a reasonably sized city, and we ended up cycling around Florida State University for a while. I think Craig and Jeff will work on things to sort out the next few days, because once out of the city, the Google Map option then directed us to a rough road that our bikes simply couldn’t have coped with, so maybe the coming few days will be challenging in a different way.

Outside the city, we went through an area where I saw a number of young men who have bought into what must be in the whole of human history the weirdest fashion – and you’ve all seen it, I’m guessing – trousers (UK)/pants (USA) that hang not just low revealing your underwear or builder’s bum, but below the butt completely. 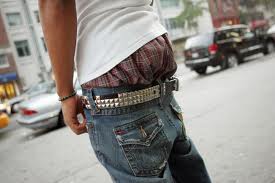 So I’m watching this guy walking along the road with his hands in his pockets, his jeans are starting at his knees, totally revealing his blue boxers in full (they’re nice enough, I suppose), but then every five steps he hoists his jeans up, only for them to drop back down to his knees again! Am I just really old and decrepit, or is that the most bizarre sartorial trend ever? Do they know how stupid it looks? Should I tell them? Do they want to know? So many questions, but likewise so many mysteries in life… I remember this street fight, with two lads punching each other. And they’d both bought into this trend, so were swinging punches in between pulling up their trousers/pants, and then one of them literally fell over because his trousers had slipped too low and he’d got his legs all in a twist. Hi-la-rious!

We’d covered 82miles by late lunch, but had lost an hour with changing time zones. At last, we’re in the same time zone as Lizzie, which means we must be nearly home. So after scoffing down some good nosh prepared by John, who’s surprising even himself I think by his culinary skills, we got back on the road for a short stint to the finish. 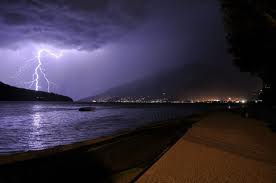 But as soon as we mounted our bikes, a thunder storm kicked in. It had been brutally hot (for us pale-skin Brits) until then, but suddenly there was a sharp drop in temperature, large heavy rain drops pelted down on us, and there was a bit of thunder and lightning. Jeff’s our man with the GoPro camera which he sticks on his helmet, so during storms we trust that if lightning strikes, he’ll take a hit for the team! The whole situation wasn’t ideal at all as we were on a main road without a cycling lane with 18-wheelers blasting past us just a few feet away, spraying water in our faces and blowing us sideways. Thankfully it didn’t last long. We finished off 102miles, and headed back to Tallahassee for an evening with new hosts, which I’ll mention tomorrow so I can get this off now.