The last three days have been truly memorable: on Friday we had the official ceremony for the launching of the building of a hospital. On Saturday it was a huge televised first graduation of GIA students, and Lizzie and I were awarded MBEs. On Sunday, we celebrated the extraordinary 17 years of YFC’s growth, a book launch, and handover of leadership. More below…

Giving a succinct summary is a challenge. I have such a sense of joy, satisfaction, elation and anticipation for the future, amidst the ongoing extraordinary challenges we face in this beautiful but broken nation. 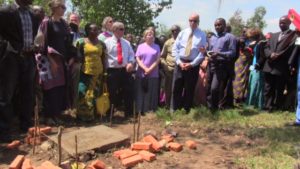 Friday’s ceremony in Bugarama was the end of the beginning of a long journey. Building a much needed hospital was/is our plan, with GLO local partner PTI. Three years ago we were granted land. Then it was retracted. Then more land was given. The saga seemed never-ending, and was hotly contested. On New Year’s Eve, the Minister for the Environment, who was about to provide the last signature in the tortuous process, was murdered. Would it ever happen? Well, the answer is now a definitive ‘Yes!’ We are very grateful to the Government for giving us a staggering 4 hectares in a country where land is at such a premium. In the years to come, we trust countless lives will be saved and impacted. 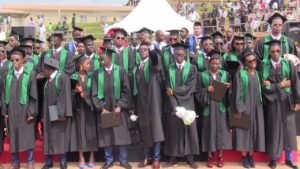 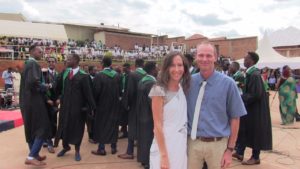 Then on Saturday and Sunday we had two days of beautiful and moving celebration. I think I’ll write in more detail on another blog shortly as there’s too much to say. Gitega International Academy is the first English-speaking boarding school in the country. Many of the nation’s key leaders’ and influencers’ children attend. Under Youth for Christ, it has exploded over the last five years, and I say with confidence it’s the nicest campus in the country. The stories of maturing students’ transformed lives were touching to listen to. The first graduation took place during a massive televised event with 1000 guests from across Burundi and around the world. And on the Sunday, it was pure celebration of all that God had done over the last 17 years. Freddy, my Burundian soulmate who I met on my first day in Burundi, who never wore shoes or underwear until he was 14-years-old, is now a household name in the country. He’s been used by God to build four schools, three orphanages, and more. He was now handing over (a very rare thing over here) the leadership of the thriving ministry to his faithful co-worker, Euphrate. He launched his book ‘Where Cow Grass Grows'(available here) which tells his inspiring life-story. 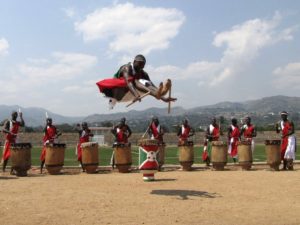 And a little bonus in the mix on Saturday was that Lizzie and I were both awarded MBEs in the Queen’s birthday honours list for services to Burundi. I’m so grateful to Lizzie for journeying with him through all the craziness and challenges of life out here, and we’re happy to receive the honour on behalf of all the precious sacrificial brothers and sisters we have the privilege of working alongside in Burundi. All for God’s glory!

As I drove back through the mountains with a wonderful team from Charleston last night, they got to experience two sticky incidents of being stopped by authorities (including the security services) concerned about our motives. It took a while on both occasions to defuse the situation. You see, things are very tense here. Suspicion is high. There is plenty of fake news and misinformation, so I understand their wanting to check up on us. We are just desperate to contribute to the development and blessing of this nation, whose needs are overwhelming.

We return to the UK this coming Sunday for the usual summer preaching tour and family holiday. Grace (9) has had her bags packed for two weeks already including pyjamas for the plane(!), which gives a taste of how much they are looking forward to it. We had an attempted break-in this week and a man shot dead fifty yards away. So understand I really mean it when I say thanks for all your prayers for us- and for your encouragements and gifts to the work. What a journey!