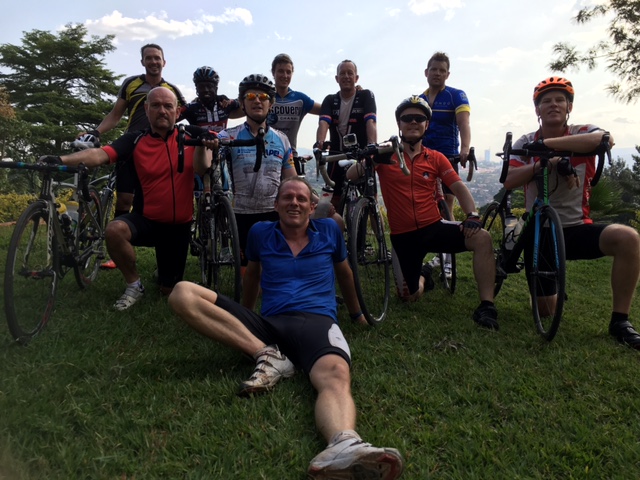 Those stats don’t do justice to what was simply an incredible week on what was the fourth annual GLO cycling tour. Due to the insecurity in Burundi, we had to do it in Rwanda instead. I was sad about that, because I wanted to expose the lads to Burundi and her amazing people, but Rwanda’s hills and our chosen route proved a significant step up in challenge. In fact, Geoff, who’s now done the tour in both countries, said this week was twice as hard as back in Burundi. Oof!

Words can’t do justice to such a week; but it’s mission accomplished for me when I get to pack them off back to their loved ones today alive and (relatively) well, when we’ve raised close to $45,000 for the poorest of the poor, when repeatedly I’ve seen grown men weeping either by sheer physicality of the challenge or during intimate times of raw sharing in our evening team times – beautiful. 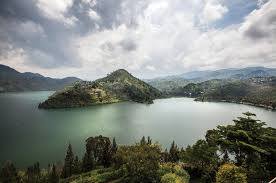 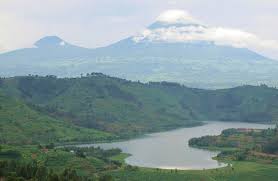 I (and the others) feel physically wrecked. Some of you knew (and prayed) about my bust finger which I thought might preclude my participation. Thank God it wasn’t an issue at all. Instead many of us battled flu, asthma, bucketloads of snot etc, probably caused by the extreme changes in climate as we went high and cold and hot and low through mountains, jungle, valleys and more.

Schoolkids rushed out of classes screaming us along, busses tooted their encouragement, and each cyclist tooted his own encouragement due to the 1,639 bananas, 722 cliff bars and 421 gels that were consumed and played havoc we our gut. 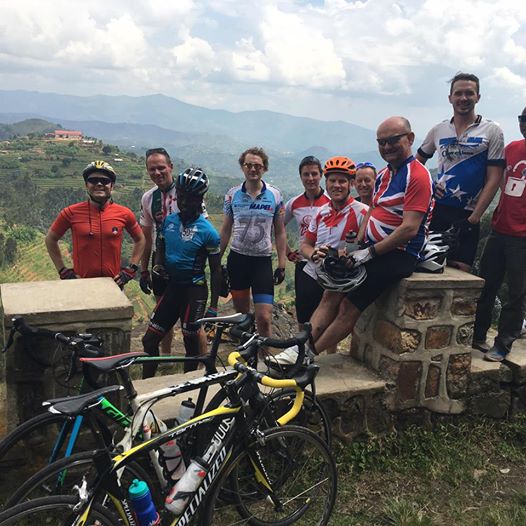 Friendships were renewed or deepened. New resolutions were made. Humbling appreciation was recognized that we weren’t born in such a difficult part of the world and that therefore we are answerable for the incredible privileges we have been given.

We finished last night with a surreal and fantastically entertaining night at the British Embassy, celebrating the Queen’s 90th birthday. We appreciated her thoughtful consideration in helping the tour end with a bang. 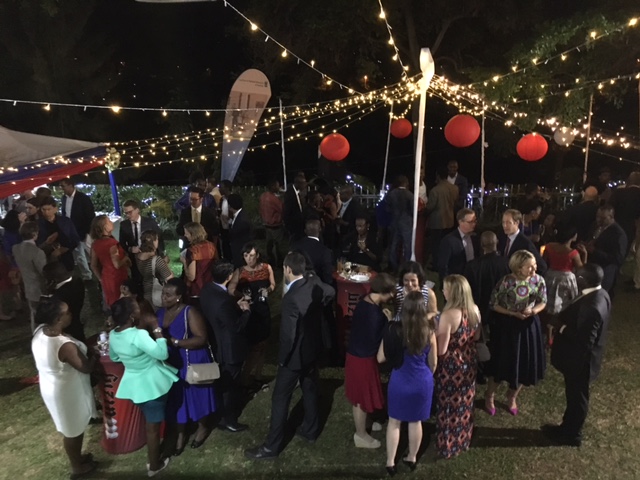 I just love it that I repeatedly heard in different formulations: “This is the hardest thing I’ve ever done in my life.”

So that’s a snapshot of the 2016 Tour, the hardest yet. Thanks for praying for us, thanks to those who sponsored us, thanks to Kimberly of Team Rwanda  who helped in organizing it, and famous retired Kiki of Rwanda’s national cycling team who coaxed us up the steepest inclines, thanks to Bosco, Jean-Paul and Eric for driving ridiculously slowly behind and in front of us and cooking us amazing food, and thanks ultimately to God for His protection, the beauty of His creation, and for the chance of a lifetime for this group of men to regularly cry out in pain, disgust, and jubilation as the adventure unfurled.

Fancy joining the five of us already signed up for next year?!