“The gospel is only good news if it gets there in time.” (Carl Henry) 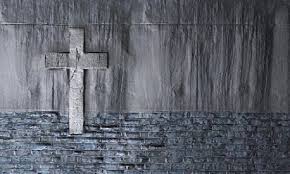 Above is last Sunday’s sermon at James Island Christian Church, South Carolina. I feel like it’s a classical ‘old school’ sermon on mission and the gospel, one that simply doesn’t fit into our post-modern relativist age – except that it’s THE TRUTH!

Below, if you’re like me and enjoy juicy quotes and great stories, are some of what I shared:

When the ship ‘Empress of Ireland’ sank… the few survivors told of how the [Salvation Army] officers, upon discovery that there were more passengers than life belts, took off their own life belts and strapped them on other passengers, even strong men, saying, ‘I can die better than you can.’ … Every day among the unreached, over 50,000 people die… Jesus, when He looks upon those who still have never heard His name and of His love, sees the equivalent of 14 [World Trade] towers collapsing every day. He watches them with the same horror that we watched New York. This is why He begs us not to consider this rescue casually, but to urgently give all we have for their salvation.”

John Piper: “All of history is moving toward one great goal, the white-hot worship of God and his Son among all the peoples of the earth. Missions exists because worship doesn’t. Worship is ultimate, not missions, because God is ultimate, not man…. When this age is over, and the countless millions of the redeemed fall on their faces before the throne of God, missions will be no more. It is a temporary necessity. But worship abides forever.”

Amy Carmichael: “We profess to be strangers and pilgrims, seeking after a country of our own, yet we settle down in the most un-stranger-like fashion, exactly as if we were quite at home and meant to stay as long as we could. I don’t wonder apostolic miracles have died. Apostolic living certainly has.”

A certain society in South Africa once wrote to David Livingstone, “Have you found a good road to where you are? If so, we want to send other men to join you.” Livingstone replied, “If you have men who will come ONLY if they know there is a good road, I don’t want them.”

Adoniram Judson of Burma. When proposed to his wife, “Give me your hand to go with me to the jungles of Asian, and there die with me in the cause of Christ.” Reached Rangoon in 1813, 6 years language learning before preached first sermon, 7 years before first convert. 20 years to translate whole Bible. Twice widowed, lost 6 kids in lifetime. Illness, 2 years in prison camps during Anglo-Burmese war. One return to usa in 37 years there. Then 7000 baptised Karen in 63 churches, now 3million. Here is the letter Judson wrote to her father asking for her partnership in missions:

‘I have now to ask, whether you can consent to part with your daughter early next spring, to see her no more in this world; whether you can consent to her departure, and her subjection to the hardships and sufferings of missionary life; whether you can consent to her exposure to the dangers of the ocean, to the fatal influence of the southern climate of India; to every kind of want and distress; to degradation, insult, persecution, and perhaps a violent death. Can you consent to all this, for the sake of him who left his heavenly home, and died for her and for you; for the sake of perishing, immortal souls; for the sake of Zion, and the glory of God? Can you consent to all this, in hope of soon meeting your daughter in the world of glory, with the crown of righteousness, brightened with the acclamations of praise which shall redound to her Savior from heathens saved, through her means, from eternal woe and despair?’ Her father let her decide. She said yes, and indeed she died out there on the field for the King.

“The reason for the growth of the church in China and for the outbreak of genuine spiritual revival in many areas is inextricably linked to the whole theology of the cross… the stark message of the Chinese church is that God used suffering and the preaching of a crucified Christ to pour out revival and build his church. Are we in the West still willing to hear? The Chinese church has walked the way of the cross. The lives and death of the martyrs of the 1950s and 1960s have borne rich fruit.” Tony Lambert

A single woman, off to China, leaving everything, was asked: “Are you not afraid?” She answered: “I am afraid of only one thing, that I should become a grain of wheat not willing to die.”

David Livingstone wrote in his journal on one occasion concerning his “selfless” life:

“People talk of the sacrifice I have made in spending so much of my life in Africa. Can that be called a sacrifice, which is simply paying back a small part of the great debt owing to our God, which we can never repay? Is that a sacrifice, which brings its own blest reward in healthful activity, the consciousness of doing good, peace of mind and a bright hope of glorious destiny hereafter? Away with the word in such a view and with such a thought! It is emphatically no sacrifice. Say rather it is a privilege.”

“Our notion of sacrifice is the wringing out of us something we don’t want to give up, full of pain and agony and distress. The Bible idea of sacrifice is that I give as a love-gift the very best thing I have.” Oswald Chambers (1874–1917)

Earlier last century, William Borden went to Yale University as an undergraduate and afterward became a missionary candidate planning to work in China. When he made his decision to invest his life in this service, many of his friends thought him foolish. He had come from a good family. He had wealth and influence. “Why are you going to throw away your life in some foreign country,” they asked, “when you can have such an enjoyable and worthwhile life her?” But William Borden of Yale had herd the call of God. While in Egypt, on the way to China and even before he had much of a chance to do anything, he became sick. Soon it was evident to everyone, including himself, that he would die. At this point Borden could have said to himself, “What a waste. My friends were right. I could have stayed in New Haven.” But Borden did not think this way. As he lay on his deathbed in Egypt, he scribbled a farewell not to his friends that was in some sense his epitaph. The note said, “No reserve, no retreat, and no regrets.”

In the film, Chariots of Fire, there is a marked contrast between the two leading characters: Harold Abrahams and Eric Liddle. On one occasion, before a race, a friend says to Abrahams: “I hate losing. How about you?” Abrahams replies: “I don’t know, I’ve never lost.” You see his drive for recognition. Then there is the contrast, having already lost the 200m, now 100m, when he says to the friend: “I’m forever in pursuit and I don’t even know what I’m chasing. You know, I used to be afraid to lose. Now I’m afraid to win. Because I only have 10 lonely seconds to justify my existence. And even then I’m sot sure I will.” He does win and in record time, but he goes away as the loneliest man, huge sense of despondency. He thought he’d accomplished what would bring meaning but it let him down. Whereas Liddle ran with a terrible style, arms and legs all over the place. He was about to run the 400m, and there is a flashback to a conversation with his sister. She wants to get him off to the missionary field, and thinks he is too caught up in this running thing. “Eric, when are you going to stop?” He replied: “God has made me for a purpose – for China. But he’s also made me fast, and when I run I feel His pleasure. To not run would be to hold Him in contempt.” That’s life and worship in every area of life.