Choices are pretty stark these days in Burundi.

Stay or flee? About 250,000 fled over the last few months, and you have to be pretty desperate to flee.

Once fled, stay fled or return? About 180,000 have stayed away, whether in miserable refugee camps or eating away at fast-diminishing life-savings in rented accommodation in Rwanda or Uganda. About 70,000 have returned, many having run out of money and been forced to return, others hopeful that things are improving.

Food or education? September is the start of the academic year, so there are school books and uniforms to buy. Education trumps food – parents will embrace extreme hunger to give their children the chance to study – but many are missing out on both. Even before the crisis, Burundi was the hungriest nation on earth. I was shocked to see sunken-cheeked friends after being gone three months.

Join or refuse to join the rebellion? Once you accept a weapon, you are beholden to a commander, and must obey. A student in our movement was being pressurized to join, but knew the path of violence was wrong. Yet refusing would bring other problems from those around him… 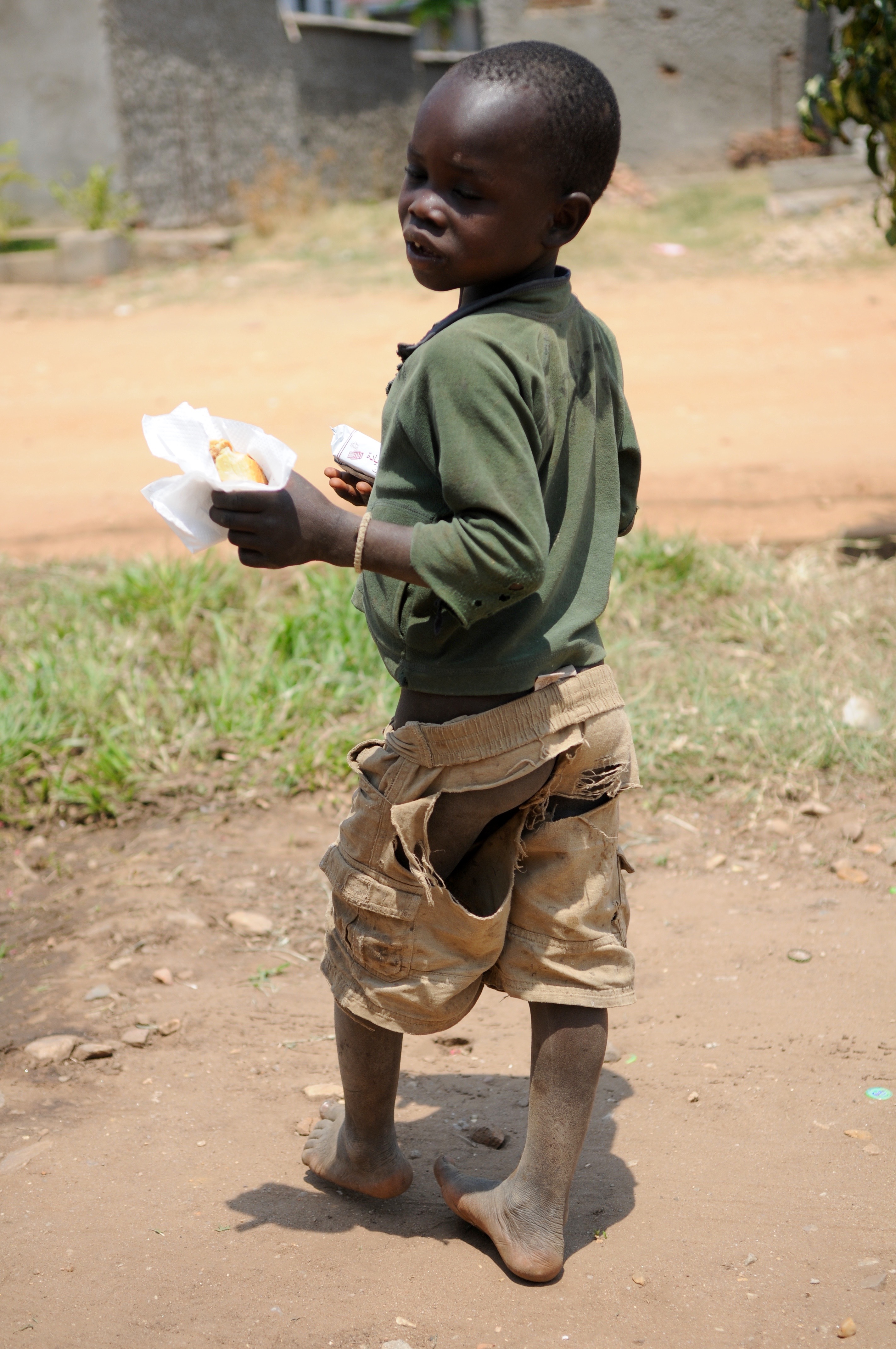 Frankly, the last two weeks in Burundi have been profoundly depressing for me. Meeting up again with many loved ones who stayed, who fled, who returned, who chose education over food, who are resisting the way of violence – has been a deep, bleak, intimate, heart-wrenching experience. Through many folks’ generosity, I’ve had the joy of giving several hundred people money to help a little, giving them an ‘encouragement de crise’, enabling them to send their kids back to school after all, to eat more than one measly ‘meal’ a day for a few weeks more.

Choices. Of course, I’ve written a whole book on no less than 365 different choices. I should know about choices… well honestly, I’ve been revisiting some of them recently. I need to practice what I preach, but wow preaching is so much easier!

The entry for the 23rd May looks at ‘Resignation or Acceptance’. I wrote: “Will you choose resignation or acceptance? With resignation, you focus on your problems, completely lose sight of God, and give up – and the door of hope slams firmly shut. But with acceptance, you acknowledge your reality, face up to your problems, and yet look above and beyond them to Jesus who is still on his throne. And with that attitude, the door of hope remains wide open to God’s sovereign and creative plans and purposes.” God, help us not to resign ourselves to Burundi’s descent into total chaos, however many people are predicting it. 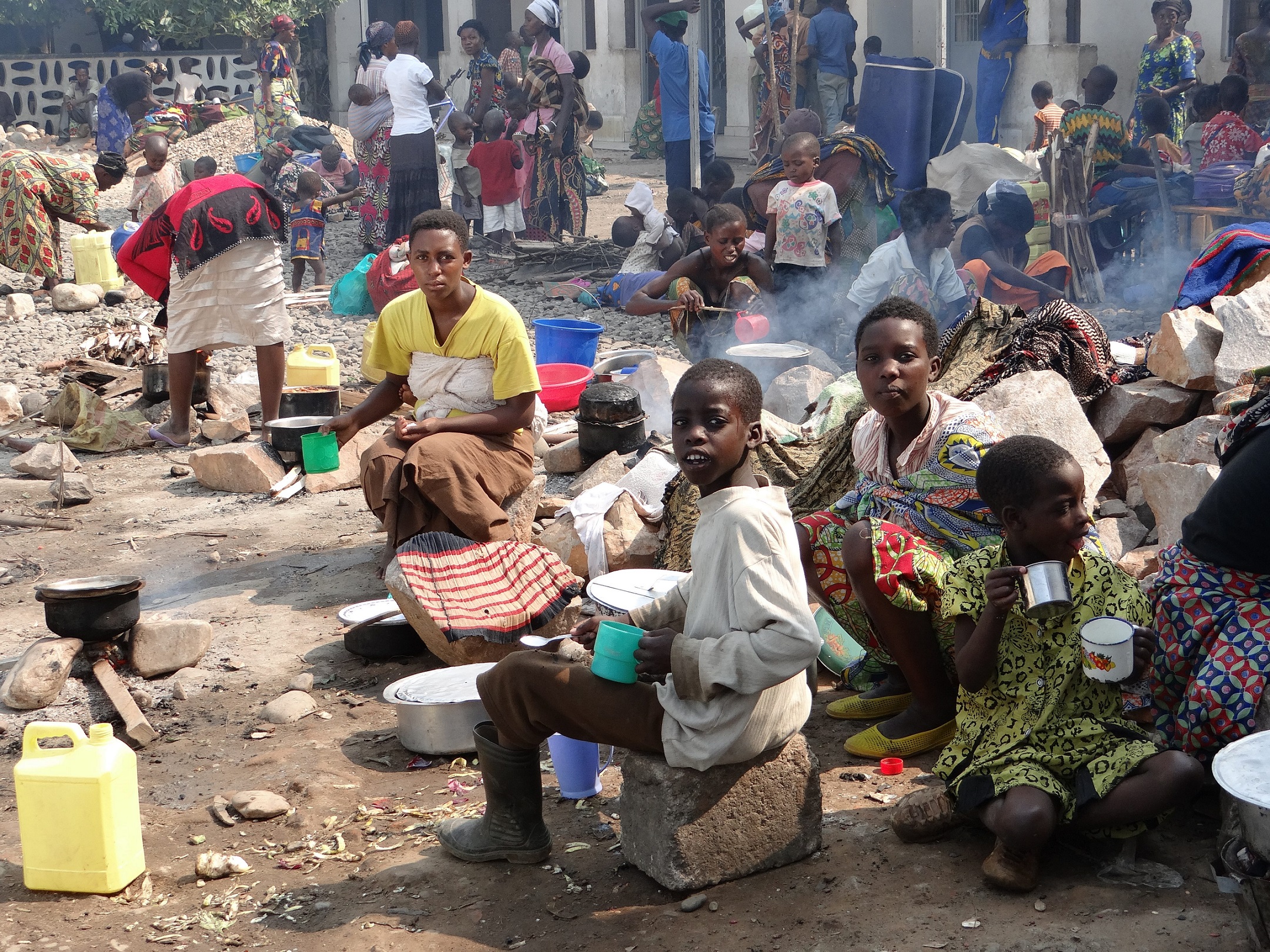 On the 10th January, I looked at ‘Despair or Hope’: “As Father Raniero Cantalamessa writes, the three virtues of faith, hope, and love…

…are like three sisters. Two of them are grown and the other is a small child. They go forward together hand in hand with the child hope in the middle. Looking at them it would seem that the bigger ones are pulling the child, but it is the other way around; it is the little girl who is pulling the two bigger ones. It is hope that pulls faith and love. Without hope everything would stop.

Biblical hope is not like the world’s hope – an expression of desire for an uncertain outcome – as in “I hope things work out in the end”. No, as followers of Christ, our “faith is being sure of what we hope for and certain of what we do not see” (Hebrews 11:1). Fyodor Dostoevsky seemed to understand this. He said, “To live without hope is to cease to live.” Lord, help us rise above despair and not cease to live; help us to cling to hope in you.

On the 7th January, the entry addresses whether we’ll choose to live by ‘Faith or Fear’. I share some of my dangerous past experiences, and then write: “Interestingly, the question I am most commonly asked is: aren’t you frightened for your kids’ safety in such an unstable country like Burundi?”

This one hits me squarely between the eyes afresh. You see, I wrote that when Burundi was largely peaceful. I’d never experienced war as a father. As a single man in the peak war years, honestly, I expected to die and was totally fearless. But now the dynamic is so very different with three precious little lives looking to me for stability and protection, as well as luscious Lizzie.

So I’ve been asking my trusted Burundian friends these last two weeks whether we should come back as a family in January (if things are then as they are now). All but one said no. Things can change – and I choose to hope for the best despite the external evidence – but there’s no disguising a devastated economy, a huge proliferation of arms, an almost total absence of independent media, a climate of fear and despair, a brewing rebellion, and a huge scary split in the military (the head of the army narrowly missed being assassinated by fellow soldiers the day I flew in, whilst seven others died in the attack). 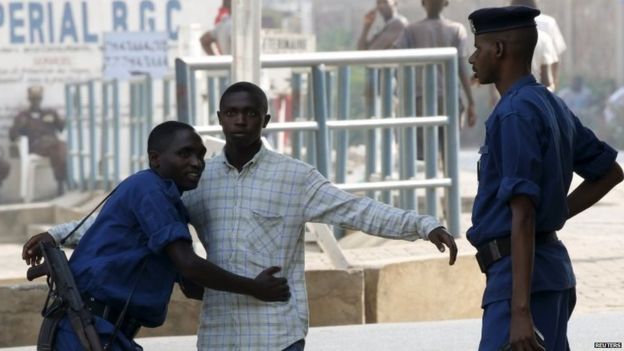 The one who said we should return? His name’s Leon – one of our star guys and as inspiring a man as you’ll ever meet. The crisis didn’t slow down his work at all. He continued leading Evangelism Explosion, having taken EE Burundi to being the most dynamic EE movement in the whole of Africa. He told me about the night recently when both he and his wife were upcountry doing some training, and a grenade went off right outside their house in Bujumbura. Their 4 and 2-year-old boys were convinced Daddy had been blown up, and screamed throughout the night. Come morning, they rang and heard Daddy’s voice, so they knew he wasn’t dead. That’s surely going to mark those boys, such a traumatic experience… but he said we’ve got to live the gospel, Jesus said it wouldn’t be easy, and how can we preach/challenge/relate to folks who have gone through hardship if we haven’t embraced sharing in those sufferings ourselves?