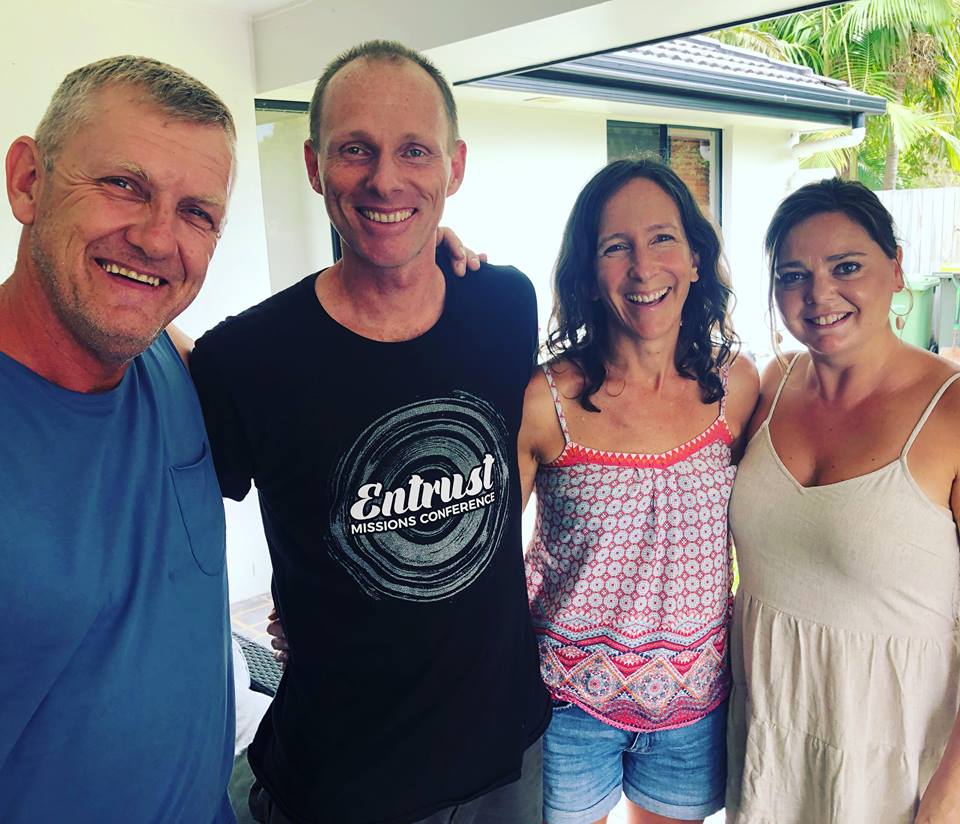 A phone call changed the trajectory of my life. Many of you know the story already.* And this weekend, we hung out with a man (pictured above, Lizzie and I, with Ted and Lorraine) for whom likewise a phone call rocked his world and gave it a remarkable trajectory. I want to share his story because you don’t need a phone call to experience what he and I have, but the potential of being open and ready to say ‘yes!’ is simply extraordinary.​
​
Ted Bosveld was visiting Rwanda in 2006 when his phone rang. It was my best Burundian buddy Freddy on the line. He’d never met Ted, but he asked him to jump on a bus and come down to Burundi to see what was going on there with Youth for Christ. Ted knew nothing about Burundi, and declined.​
​
He continues the story: “After my return to Australia, this conversation with a man I had never met, in a country I had never heard of, with a request I knew in my soul was way out of my comfort zone, beyond anything I had ever imagined doing, challenged me for many sleepless nights. It was a request to go to the world’s poorest country to help house and feed orphans.​
I grappled with this for many months without ever communicating to Freddy my inner unrest. Finally, in December 2006, I emailed Freddy explaining all that had been challenging me over the past months since we had spoken on the phone. His reply was quick. He explained that he and his YFC team had been praying every Wednesday for a man named Ted from Australia, a man they had never met, from a country most of them had never heard of before. They were believing that God would move and do the miraculous. They believed that God would send someone from Tasmania, Australia, which is about as far away from Burundi as you can get. They were believing the impossible, from a God to whom nothing is impossible.”​
​
To cut a long story short, Ted – a regular bloke working in the construction industry – started a charity called Villages of Life, and came alongside Freddy and GLO partner Youth for Christ. He started small, steadily mobilised others to join him in the vision, and twelve years later, there are now seven homes, a community centre / medical clinic, the best-ranked school in Cibitoke province with 430-plus students, and a sustainability farming project, with more in the pipeline.​
​ 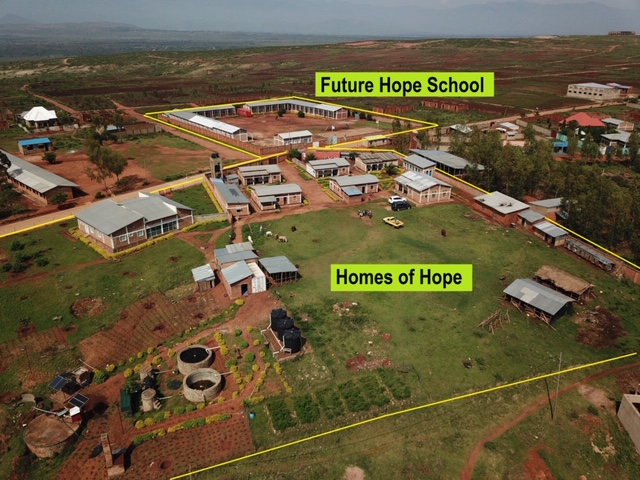 Two phone calls. Two different stories.​
​
Now, this isn’t a phone call, it’s a blog. ​
​
But it’s an invitation to ‘do a Ted’. As we sat on his patio and reminisced over a BBQ, I was struck by how God can use any of us in truly extraordinary ways. ​
​
My invitation today – not appropriate to some of you, no doubt – is to ‘flag’ this blog or put it in your ‘important’ folder, and then pray and ask God if He would take your life and write a Ted-type story, in Burundi or elsewhere in this needy world. And if you would say ‘yes’ to God, maybe in 12 years we could have a BBQ at your place and reminisce about the journey from that blog… why not?​
​
If you’d like to write that story in Burundi, we’re as good a place as any. We’ve got some massive needs to address. Might God use you, starting small, to do something beautiful that impacts many lives? Give me a shout, and let’s do it together!
* I’d been praying: “God, I’ll do anything, go anywhere.” A man came to me asking/telling me I should go to Burundi. So I asked God for a radical sign about Burundi, sat at my desk job. I promptly took a call, and the voice on the other end asked me out of the blue: “Do you know anyone who wants to work in Burundi?” That was my call to Burundi, and it completely transformed and defined the last twenty years of my life.