I worked late last night to get as much GLO business out of the way to try to stay on top of things, which is an added pressure on this trip. We had internet access in the church hall, and as John and I finished and walked back home under the starry sky a family of five deer waltzed by, and then the tree above us exploded into life as I guess we disturbed a hundred or so vultures from their sleep. Jeff said earlier over supper: “Do you know the best thing I like about Simon?” Jeff’s great by the way. He’s got this boyish enthusiasm for everything, which is so very contagious and energizing. And we’ve bonded amongst other things over a shared appreciation of all our various butt-creams (mine is called Assos), similar to vintage wine connoisseurs. Speaking of bottoms, mine was pleading with me for a second day off, but it simply wasn’t an option. Anyway, I’m all for being encouraged, so when he said that, my ears pricked up ready for some edifying encouragement. I wondered what aspect of my being he was going to celebrate. I didn’t expect what came next: “I love it that no matter what, every night if you look at Simon’s ears, there’s still a load of sun-cream in them!” Thanks bro. I took the compliment on the chin, and then went off sheepishly to excavate every nook and cranny of my ears to remove the offending cream. 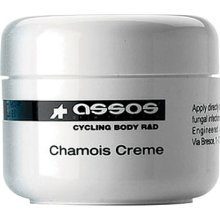 The sun rises at about 8am, so we were up at 645am. I’m reconciled now with the fact that I need, or get, three hours less sleep per night than the others. I wish I slept more but at least it means I have some early hours to commune and meditate. We showered, cleaned the house, and got away in time to start with the dawn, deeply grateful to Liz for two nights in her lovely house. I realized last night (and last Sunday night) that I had that dreaded ‘Monday morning approaching’ feeling. I have not had it since before I went to Burundi and was in a marketing job in 1998. I used to drive back from friends in London on a Sunday night and think: “Oh no, another five days until the weekend!” Having it again now, in very different circumstances, makes me so deeply thankful that I’ve had fourteen years of doing something I love, which is incredibly energizing and life-giving. I guess many people hate their jobs, and consequently hate Monday mornings, and I don’t take it for granted at all how blessed I am.

In terms of the Monday morning feeling on the ride, it highlights how much of this challenge is mental in nature, rather than physical. The physical is obvious, but actually we all agree that the mental is harder. Getting up in the morning and grinding out another century – particularly today knowing the terrain was dull and the weather was going to be against us – is a mixture of plain boring (hours of monotony), painful (chafing, bruised buttocks, knees, etc), and exhausting. I view things in weeks, so by Thursday I feel we are nearing the weekend, over the half way mark, and that is helpful. Of course that doesn’t stop me enjoying the whole experience in general, which is a total blast, but it is definitely long, we do miss our families, and it is still daunting as we only approach the half-way mark.

We all tend to have different jobs, and mine is to pump up the tyres/tires each morning. So I have this daily ritual of sticking the pump on, getting enough air in, and then yanking off the pump without catching my hand on the cogs – but I’m such a muppet that with at least one in six of the wheels I catch my finger on them, and draw blood. My right hand currently has five scabs from such incidents – it’s like a blood sacrifice each morning to appease the spirits of the wheels. Shame it doesn’t work, as we’ve had a lot of punctures, including another three today.

It was a tough, tough morning. The wind was right in our faces, and progress was painfully slow. Craig’s first puncture shredded his tyre – well, we tried blowing it up, but the hole in the wall of the tyre allowed an intriguing nipple-sized air pocket from the inner tube to squeeze out, and when I touched it, the whole thing exploded, so we had to flag down someone heading the other way to track down John in the RV a few miles further back to come and bail us out with a new one. That ate a fair bit of time and added pressure. Meanwhile some Jehovah’s Witnesses stopped by to attempt to meet our spiritual but not our physical need!

Craig is a real foodie, although he’s a vegetarian, so I’m not sure if those terms can be used together. By the way, surely we didn’t fight our way to the top of the food chain to be vegetarians! Anyway, he’s struggled with food on this adventure more than anything else, and as John is our cook as well as the driver, Craig has wanted to assume the role of culinary mentor to broaden John’s range of offerings beyond spaghetti and tomato sauce. John seems to have resisted these advances, and so it’ll be interesting to see what new offering we get tomorrow. Today’s was the same for the third time running, which I’m honestly not complaining about because when you’ve just half-killed yourself for four straight hours in a hairdryer, anything hot and moist tastes amazing.

I’ll share a bit more on John. He’s a brilliant asset to us cyclists, responding graciously and humorously to all our diverse requests for whatever. He has a slightly morbid fascination with the many objects of road-kill that we come across on our daily travels. So yesterday he was catching us up in the RV and came across one of those huge dead boars in the middle of the road. He swerved to miss it, and then decided to turn the RV around and come back to take a closer look. The RV guzzles gas so just that manoeuvre alone would have cost about $5! And later on in the evening, he treated us to a short film clip of the battered boar, focusing in on the nostrils that were still bubbling with froth – thanks John! Another intriguing element to John’s make-up is his encyclopaedic knowledge of all things fast food. He can name the chain, the produce, the market share, the calorie content, all in a slightly Rain Man-ish autistic way – very flattering, sorry dude! And I say ‘dude’, because he is a surfer dude from California, but studied at the Citadel (which is a military school not known for attracting surfers), and now sports a bushy Jesus beard (very un-military), so all in all a fascinating combo, and we love him to bits.

We’d been warned of thunderstorms, flash floods, lightning, etc, but actually only had a little thunder, lightning and rain. The rain is much-needed for the land, and was very refreshing to lessen the heat. In the afternoon, we really wanted to make it to a century, but would there be enough daylight? Well, the answer is yes. We bloody-mindedly battled on, and finished with 110miles under our belt, which is very satisfying now as I sit here and write this, with a storm going on all around us and some spectacular lightning blitzes decorating the sky. We are in a plush RV park which apparently has Texas’ 3rd largest swimming pool with a million gallons of water in it (not that we will have time to use it), and we were welcomed by the sign: ‘Howdy Trooper! Unsaddle and Rest!’ So that’s the plan.

We had our nightly skype chat with Geoff, who will fly to meet us in the next few days. He posted a clip on Youtube of a message he gave the day he nearly died, and a lady responded to him. She had lost her way in life, and through several exchanges he showed her the Way, so despite his own massive setbacks that has been a huge encouragement. We also laughed our heads off because he shared how, when I visited him in hospital before he was flown out by helicopter to the specialist cardio unit in Palm Springs, he was pouring his heart out to me and said goodbye (in the ‘I’m on my way out’ kind of way), and I (as you may remember was struggling with lots of gut issues) dealt him a terrible stinker which he thought might finish him off on the spot, as well as the guy in the next cubicle!

Right, all the others have long gone to sleep. I need to sign off and get some shut-eye. Bye for now.