Georgette Butera, who is an old Burundian friend of mine now living in England, wrote the following to me. I have to say, as I wrote back to her, it left me really discouraged. Why? Because there are so many needs out there crying to be met and I feel swamped, able to help completely transform some lives but not all of them. Since Georgette sent it to me last week, poor Carine’s right leg actually burst. I cannot imagine her pain, and if it was my sister I would do anything to get her help. But as I said, I’m inundated with needs. What to do? Well, the least I could do was to pray, and then share it with you, in case one or two or several of you out there want to help save this gifted and brave young lady’s life from agony and despair. Here goes from Georgette:

“We have sponsored Carine for many years now. She was born in August 1989 and was the eldest child in her family. She badly survived the 1993 ordeal. This is what she said when we found her: 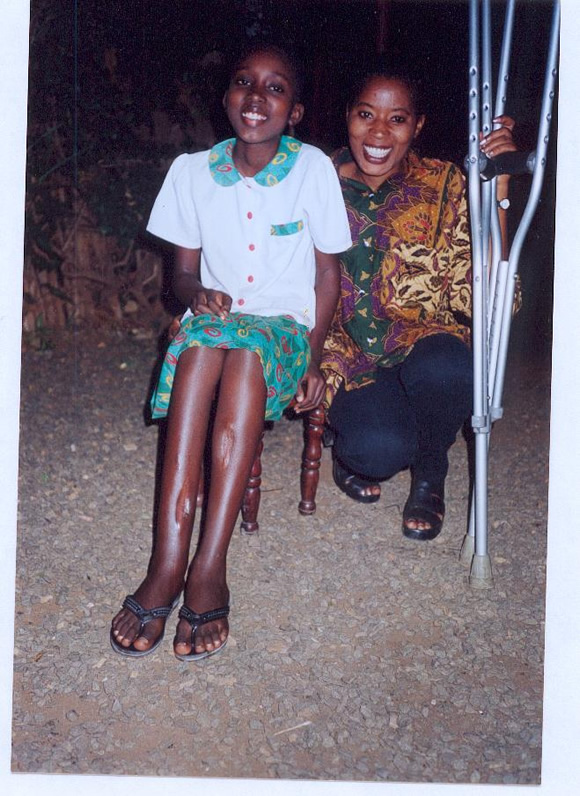 ‘I remember one morning at around 10 am, we heard screams in a small lane near our house. Most of the roads had been sealed off and the killing had started. My dad lifted me up and we went hiding in our banana plantation. My mum had my two young sisters. My dad was very frightened and sweating a lot. I was scared. My dad decided to take me back home and handed me to his young sister and asked her to take me away saying that he couldn’t stand seeing me being killed.

People were running away in all directions. We met other people fleeing and we followed them. We met pygmies who lived in our property and they decided to look after us. They asked us to follow them. There lived a kind man, a Hutu who hid us where he kept his goats. After a few days he asked us to leave because his sons had heard a baby’s cry. We stayed in the bush for 2 weeks and it was very hard. Someone heard where my mum was hiding and took my young sister to her and I never saw them again.

After that we heard people calling us we thought that they were going to kill us but we soon realised that they were soldiers sent by the local Administrator to look for us as his mother was with us. We were escorted to the refugee camp that had been recently set up. It is in the camp that I heard that my parents and sisters had been killed with many other people. I did not believe it because I kept hoping that they fled to another place. I lived in appalling, squalid conditions in the refugee camp from 1993 until 1997. Someone who knew my parents took me to Bujumbura and there I was taken on by the charity ACTS, being looked after by Judith.

My bone disease started in 1999. In 2000,I heard that people from England paid someone to take me to Kampala for treatment. I was operated on, got better and said goodbye to my wheel chair.’ 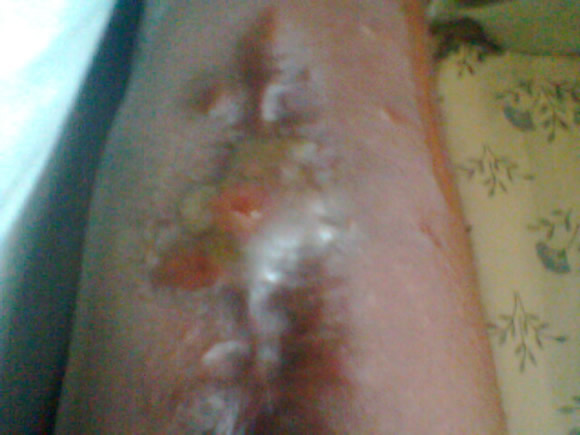 The operation was successful and all things worked wonderfully. People were generous and all the money needed was raised on time to enable her to travel back to Burundi with her new crutches. After a few months she was walking unaided. But twelve years on, the bone infection is threatening again.  Carine has been helped through secondary education and has passed all her exams. Unfortunately, her sponsor could not support her through university. I took on the responsibility but was not expecting a young girl like her to keep suffering. I was distraught when I saw the picture of her femur last Friday but was also convinced that she should have treatment. Please pray for her healing and support her in any way you can. We are seeking to raise £3,000.” 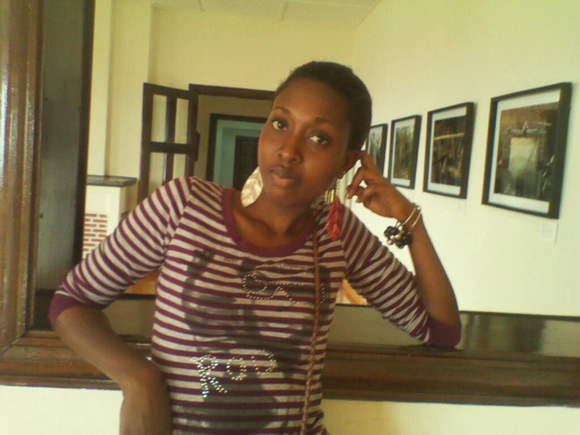 That’s it from Georgette. What to do?