I recently met with three former Muslims who have all come to Christ and suffered as a result. We are supporting them monthly, otherwise they’d be desolate. I thought I’d introduce them to you.

First, Mariam, on the left below: She managed to conceive easily enough, but each conception ended in miscarriage. She was told of a man (a marabout/Muslim witchdoctor-type) who could help her get pregnant, so she went to consult with him. He said it was jinn (evil spirits) who were destroying her pregnancies, so she needed to prepare a sacrifice to appease them. He said he couldn’t get rid of them completely, simply placate them. She heard of a Christian who could cast them out, so she went to him, was prayed for and delivered from the demons. Following such a dramatic encounter with the demonic real, and seeing the power of the name of Jesus over her own life, she became a follower of Jesus, whereupon her family promptly disowned her and kicked her out as an apostate of Islam. 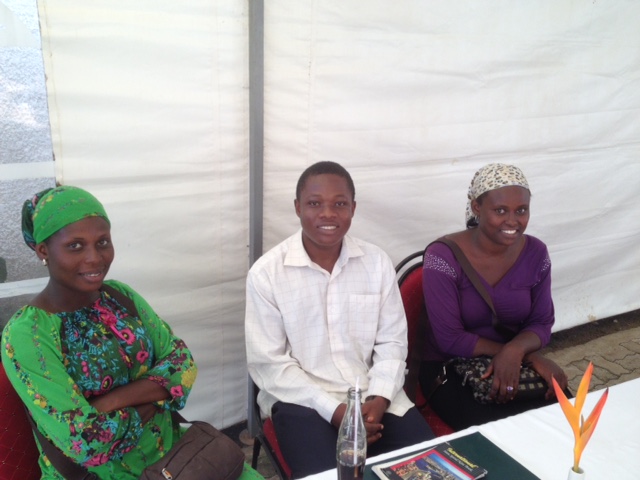 Zaituni is Mariam’s older sister. Her story involved restless nights being oppressed by demons. She says she felt she was going to die, and had an inner voice telling her to get away from her family and leave the country. She obviously knew what Mariam had been through, so she asked her about it, and agreed to receive prayer in Jesus’ name. She had regular prayer sessions, but one day her Mum followed her and caught her. During an evening family meeting, she was denounced, told to leave and never come back. She’s had no contact with them in a year and a half, and sleeps at church. But she’s free, and sleeps peacefully.

DD was converted at 16 after being raised a Muslim. His family disowned him once they discovered his faith, and kicked him out of the house with only the clothes on his back. “If you want to come back home, tell us first whether you’re going to choose faith in Christ or Allah,” shouted his Dad. A pastor came to reconcile them, but DD’s Dad beat him up and hospitalized him. He went to live with a Christian relative, met APRID (GLO partner), who sponsored his studies, and now he has a degree. His name has been wiped off the family list, but he has peace in his heart and is determined in his faith.

These are very common stories. The cost these folks embrace is massive, but none of them regret it, such is their powerful encounter with a living God.